Iconic Cars of the 80s: The Coupers

Cousins to the aforementioned 4-door Boxcars in the Iconic Cars of the '80s, the two-door breed was typically known as coupes which we will lovingly refer to as The Coupers. These sporty giants provided the car buyer an alternative to the hatchback while still providing that boxcar-like glow which many enjoyed. The affordable "big sports" of the '80s, also referenced as the luxury sports, were the affordable alternative to the exotic and more expensive sports cars. Easily recognizable as an '80s car, The Coupers often found themselves in the racing circuits both in amateur and professional tracks. Let's take a look at the Iconic Coupers of the '80s. 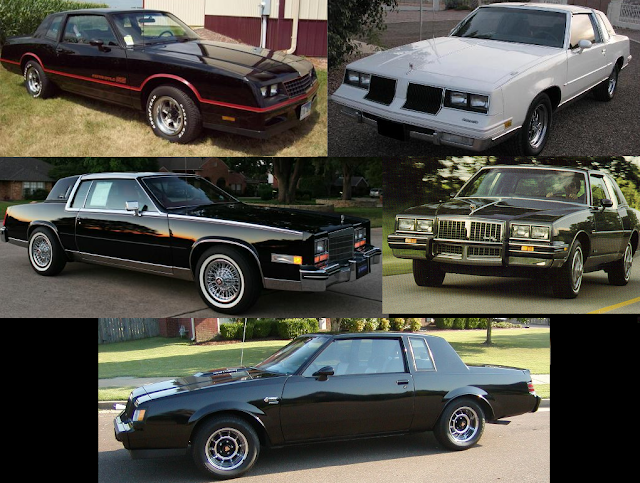 With its mecca of car brands, General Motors seemed to have an internal two-door competition within its ranks offering the Corvette and the F-Body cars as well as the Coupers. This competition extended into another family of platforms first called the A-body, which was a carry-over platform from the late '70s until 1981, then the G-body from 1982-1988 excluding the Cadillac Coupe deVille which actually rested on a variation E platform.

Nonetheless, within all these platforms GM spawned a family of '80s icons known to us as the Buick Regal Grand National, Cadillac Coupe deVille, Chevrolet Monte Carlo, Oldsmobile Cutless Supreme, and Pontiac Grand Prix. These sporty cars offered SS models and T-Tops which easily cemented themselves as '80s icons. Many packages were offered from the luxurious to the economical base model. Depending on the manufacturer, a variety of four V-6 engines were produced including a diesel as well as four V-8s that also had a diesel alternative. 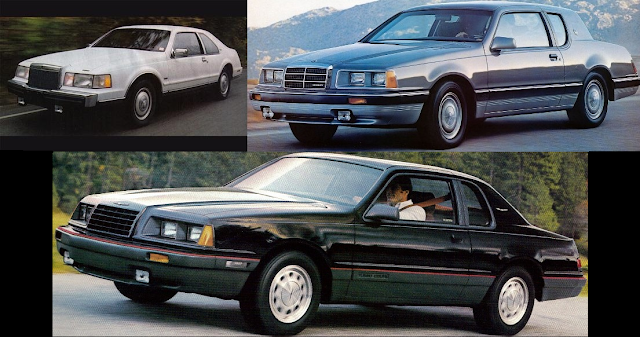 Ford's large coupes included the likes of the Ford Thunderbird, Lincoln Continental Mark VII, and Mercury Cougar. Unlike the near box shaped competitors, Ford redesigned these vehicles with more curves and tapers which created a more efficient and alluring vehicle. Three engines were offered ranging from the turbo I4 sipper, the V6, and the sporty V8.

I remember Jason's father favored the Monte Carlo and owned a couple of them in the '80s but that's as close to any of the Coupers as I got.  How about you? Do you remember owning one of the Coupers? Please let me know in the comments. Our journey to cover the Iconic Cars of the '80s continues next time as we encounter the Economy-Class.