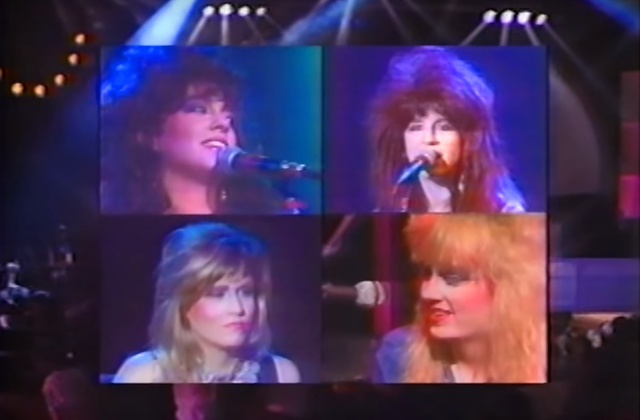 Thirty years ago this month, The Bangles released their 2nd studio album Different Light which marked the initial success of the all-girl Amercian rock band. The album would reach platinum status in the US (3x), UK, and Canada (2x) and included what would be their first #1 single "Walk Like an Egyptian."

The inital single released from the album "Manic Monday" became their first US Top 40 hit which reached #2 in April 1986. The song was famously written by Prince under the pseudonym "Christopher" who offered it to the band after seeing them perform years earlier. Two other singles from Different Light charted in the Top 40, "If She Knew What She Wants" (#29) and "Walking Down Your Street" (#11).

MTV aired a special concert presentation of the "Bangles: Recorded Live in Concert at the Syrian Mosque Pittsburgh." The show featured 16 songs, 9 from the Different Light album, including an encore performance of "Walk Like an Egyptian" that drove the fans crazy! Watch the full concert below via YouTube...