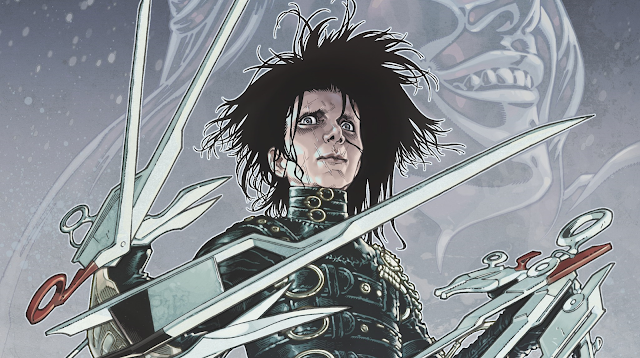 While scrolling through the in the Amazon Kindle store recently, I was excited to find the first issue of Edward Scissorhands as a free download. I'm definitely more of a fan of Tim Burton's earlier films like Batman, Beetlejuice, and Pee-Wee's Big Adventure. I remember seeing that IDW was bringing back Edward Scissorhands as a graphic novel quite awhile ago but was never a huge fan to seek it out when it was first released back in Dec 2014.

Here's the official synopsis of the series:

An all-new adventure revisiting Edward Scissorhands two decades after the end of the fan-favorite movie! In castle just outside a sleepy suburban town, a brilliant inventor created Edward Scissorhands...but left him tragically unfinished. Two generations of exile have left Edward digging through abandoned experiments, but once he wakes up a creature left buried, he discovers he isn't the only one missing a vital piece. As Edward tries to fix a grave mistake, he comes face to face with a teenage girl who was sure he was only myth... despite the stories her grandmother told her, about the man she could never touch.


For someone like me who isn't the biggest fan, I thought it captured the essence of the original film quite nicely. I enjoyed the drawing style and thought it matched the content very well. Even though it's set two generations in the future, it still had some great elements of the original story that fans will love.

So far, 10 issues have been released in the series. Visit Amazon now to download the 1st issue for free (also available through Comixology.) If you like it, I'd recommend downloading Vol 1 (Iss 1-5) for $5 and Vol 2 (Iss 6-10) for $10. These are also available in print editions as well as variant covers (see below) for individual copies for those of you who might want to seek them out. 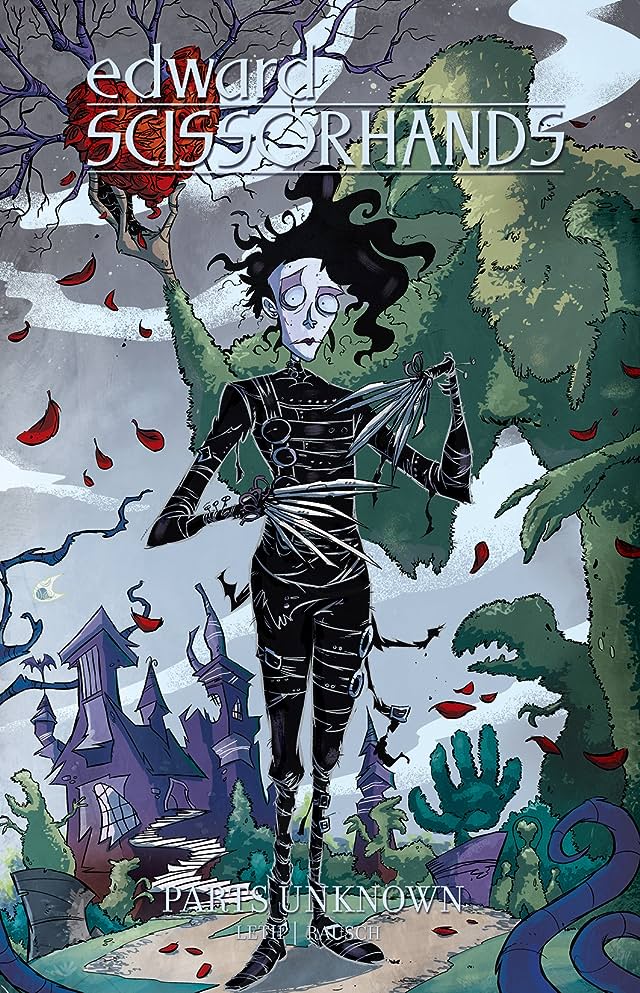