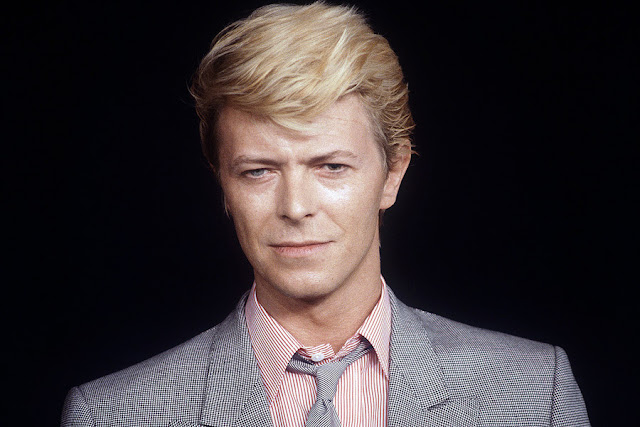 According to a statement released by his official Facebook page, David Bowie has passed away at age 69 after an 18 month battle with cancer. Bowie's son Duncan Jones also confirmed the story on his Twitter account, posting a picture of him and his father. The surprising news comes days after releasing his 25th studio album Blackstar which has already reached the top spot in the iTunes store in both the UK and US.

Bowie's award-winning career as a musician spanned 6 decades and included an induction into the Rock and Roll Hall of Fame in 1996 as well as a Lifetime Achievement Grammy in 2006. His film and television career also spanned several decades including Labyrinth, The Last Temptation of Christ, several cameo roles, and even voice work.

This morning's announcement was certainly unexpected and my "oh no!" at the breakfast table while scrolling through my news feed certainly got the attention of my family. After telling what had happened, I was a little ashamed when my 11-year old son asked who he was. After mentioning a few songs, he thankfully recalled hearing "Under Pressure" and "Let's Dance." I think that reaction is somewhat of a testament to how Bowie lived his life. He let his music and acting ablilities speak for themselves and never seemed to let his celebrity overshadow his actual art. I liken his life to Nikola Tesla whom he played brilliantly in the 2006 film The Prestige. He was an innovator in the music industry of which most probably didn't understand or appreciate until years after his initial success.

Growing up in the '80s, I obviously remember him most for his Let's Dance album and his role as the goblin king Jareth in Labyrinth. It wasn't until probably the late '90s when I became interested in classic rock that I truly explored his discography and came to appreciate his earlier albums like Space Oddity and Young Americans. As a humble tribute to his music legacy, I thought I'd publish my top 5 Bowie tracks and encourage you to do the same in the comments.

"Let's Dance" was likely my earliest exposure to Bowie's music. I remember it being a staple at our local roller skating rink upon it's release. I also remember how upset I was when I heard it's famous riff in Puff Daddy's "Been Around the World" single in 1997. I was probably the biggest '80s proponent on campus even at that time and can honestly say was one of the tracks that led my music taste far away from hip hop and rap.


I was a huge fan of Vanilla Ice in 1990 and it was a family friend that first made me aware that his hit single actually "ripped off" Queen & Bowie's track "Under Pressure" (it even inspired me to write an article for UnderScoopFire.) Of course, my viewpoint 25 years later makes me appreciate the collaborative single even more and scoff at it's red-headed stepchild.

"Space Oddity" became Bowie's first single to gain commercial success. I've always loved the soothing rhythm that slowly builds into a much more complex track in conjunction with the lyrics. I also love that it's the inspiration for another '80s song that I really enjoy, "Major Tom" by Peter Schilling.

"Heroes" is one of those tracks that I believe led me to discovering Bowie's full catalog. I was a big fan of the Wallflowers 1998 cover for the Godzilla album and after learning it was originally released by Bowie, I liked it even more. My favorite concert performance of the song has to be at Live Aid '85.

My last choice is a bit of a curve ball. I always thought that Bowie's collaboration with Arcade Fire was just about a perfect match. Arcade Fire is one of the few modern bands that I think plays by their own beat. Their performance together in 2005 of Arcade Fire's "Wake Up" felt like something I would've watched on the MTV Music Awards back in the day. I also loved later in the concert when they played back up as Bowie sang "Life on Mars."

Post your top 5 Bowie tracks in the comments to continue the tribute.