Jem And The Holograms Fan Film Gets Kickstarter Campaign 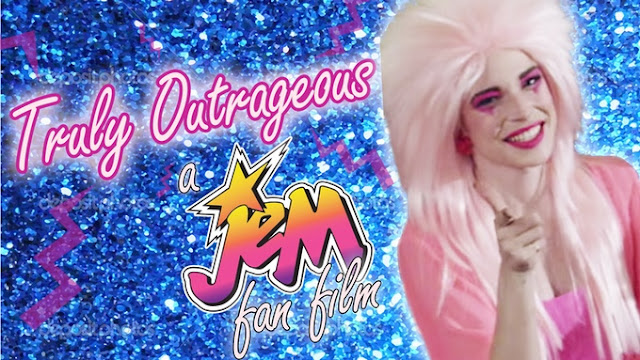 Remember that Jem movie that now has the dubious distinction of earning the least amount at the box office for a theatrical release...ever? Well, even though that's a pretty big statement from the fans, they are taking it one step further by making a "truly outrageous" fan film.

It all started with a fun "Jem Reacts to the New Jem and the Holograms" video produced by several fans known as Creature:

After getting great feedback on the video, they are back with a Kickstarter campaign to create their own short film!

Last year, after the official Jem and the Holograms Movie trailer was released, we created a musical sketch about "Jem's" reaction to seeing a new and unexpected vision. With no amount of press, it quickly became one of our most popular videos, with wonderful comments coming in from new viewers almost every day. We were so overwhelmed with the kindness, support and love from our viewers - people who not only liked what they saw, but felt we could make a great Jem film of our own, that we started to really take the thought seriously. After coming up with the right story, and the right team - we knew this was something we had to do! But we're not just doing this because of the kindest peer pressure ever seen in the YouTube comments section. We want to produce this film because we have an amazing story to tell!


I'm very excited about this project and hope fans will join in to help make this fan film a reality! Visit the Truly Outrageous: A Jem Fan Film Kickstarter now and pledge some money toward their initial $12,000 goal. They have some ambition stretch goals to get a full 30 minute film produced and have even started a vlog journal to tell even more about the film they want to make. Give generously and please share with your '80s friends so we can see what a true Jem movie should look like!
Newer
Older
Powered by