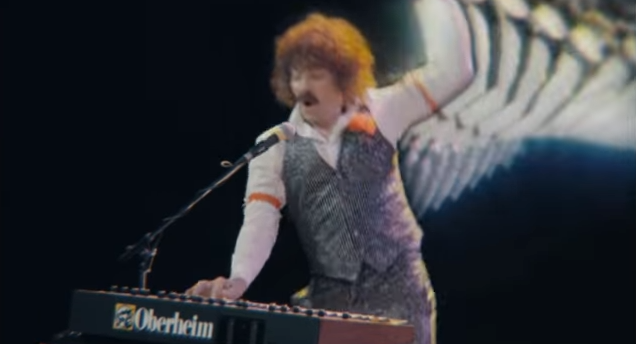 Paul Rudd stopped by The Tonight Show with Jimmy Fallon last night and reminisced about "when they were in the band Styx." The conversation quickly led to a music video which was a shot-for-shot recreation of the 1981 hit "Too Much Time On My Hands."

You might remember about 2 years ago Paul Rudd teamed up with Adam Scott to recreate the Bosom Buddies intro for Greatest Event in Television History. The Adult Swim show also recreated intros for Simon & Simon, Hart to Hart, and Too Close For Comfort which were really fun.

Based on the video you are about to watch, I really hope these '80s music video recreations become a trend on The Tonight Show. Paul Rudd just nails it. Check out the recreation below and also the original video for reference...