6 TV Commercials From The '80s That Unintentionally Invoked Horror 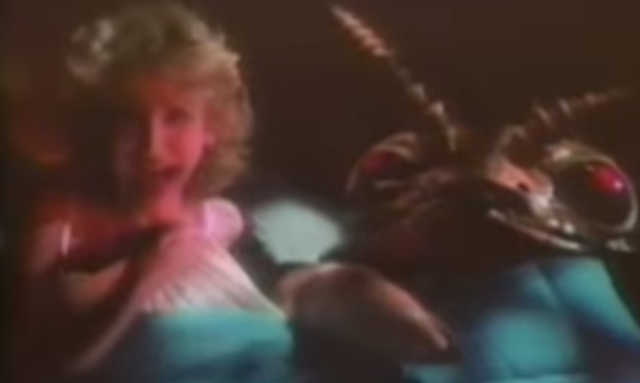 In a world where consumers see thousands of advertising messages a day, it's up to ad agencies to cut through the clutter and make their products memorable. Even in the '80s when the messages probably numbered in just the hundreds, companies still used zany ideas and shock tactics in their products' TV commercials.

From a kid's perspective, these ads were often entertaining to watch but in some cases, horrific to our young minds. MTV had the same effect where music videos like "Sledgehammer" were just mezmorizing while others like "Land of Confusion" gave you nightmares. In an attempt to differentiate themselves among the advertising wars, companies promoting video games, cereal, toys, and more spawned several horror-filled TV commercials. Of course, the intent wasn't to scare kids (or their parents) away from a sale, but it makes you wonder how these ideas exactly came to fruition.

Here are 6 TV commercials from the '80s that unintentionally invoked horror...


Centipede - Atari's mega arcade hit Centipede should've been an easy sell for its 2600 and 5200 home consoles. So why did we need giant alien bugs coming out of our TV sets to engulf humans, attack homeless people, and sneak into bed with our wives??!!

Buck Rogers: Planet of Zoom - Sega's pseudo-3D game that was Buck Rogers in name only was pitched to TV audiences by two aliens. It wasn't really that the costumes were scary, but the deep voice (that sounds like Peter Cullen aka Optimus Prime) was very intimidating. Perhaps the producers for the Super Mario Brothers movie should've been given this commercial in reference to Bowser.

Rascals Candy - The Skittles-Runts hybrid candy Rascals turned to B-movie horror to get kids attention. Why would you want kids to be afraid to buy your candy?


Legend of Zelda - So playing Zelda will turn me into some kind of nut job in a mental institution? Pass. Maybe this concept would've been better served for The Joker to promote Batman: The Game on NES.

Fruit Wheats - As much as I loved Fruit Wheats cereal, I didn't care how the fruit got in there. However, had I been curious enough to find out, I never would have embarked on a quest to ask a spooky talking castle for the answer.

StarCom - I was never into StarCom as a kid and it could be because this Duneedon-wannabe Emperor Dark scared the space dust out of me. The thought of him teleporting AND dematerializing me through my bedroom window would have been enough for me to keep away.