Album of the Week: 'So' By Peter Gabriel 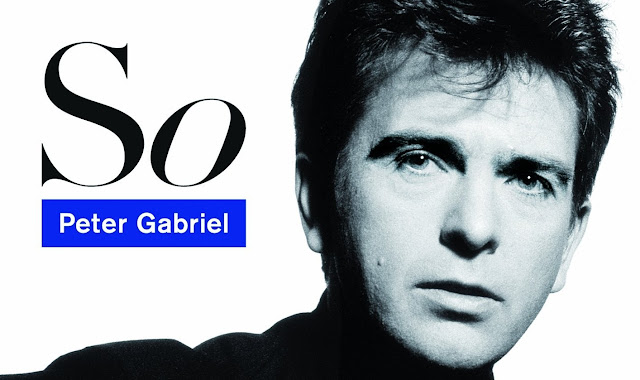 Turning 30 years old this week is the fifth studio album by Rock and Roll Hall of Fame inductee Peter Gabriel. Released on May 19, 1986, So quickly turned the original lead singer for Genesis into a mainstream music star. To date, over 5 million copies have been sold in the US and 900,000 more in his native UK. The album also featured his first #1 single and was nominated for Album of the Year at the 1987 Grammy Awards.

Five singles were released from the album, the first "Sledgehammer" being the most successful. It became a #1 hit in both the US and Canada while also peaking in the Top 10 in seven other countries. The music video for "Sledgehammer" is the most-played video in MTV history and won a record nine MTV Video Music Awards in 1987. The influential claymation, pixilation, and stop-motion animation in the video was created by Aardman Animations (Wallace and Gromit) and the Brothers Quay.

"Don't Give Up" featuring Kate Bush cracked the Top 10 in four countries including the UK while only making it to #72 in the US. "Big Time" charted the highest in the US at #8 and also featured a music video with stop-motion animation. "In Your Eyes" was a moderate success upon it's initial release, peaking at #26 on the US pop chart and #1 on the US mainstream rock chart. It was re-released in 1989 on the Say Anything... soundtrack, appearing in the film and also its trailer. Thanks to the iconic scene of Lloyd (John Cusack) serenading his girlfriend Diane (Ione Skye) with the track, the song would re-enter the Billboard pop chart and peak at #41. The final single "Red Rain" went to #3 on the US mainstream rock chart, but never became a popular single.

My memories of this album center around the "Sledgehammer" music video. I remember it being one that you always stopped everything to watch. It was like visual overload and you could always find something new in it each time you watched. "Sledgehammer" was also the reason why I bought 3rd Bass' Derelicts of Dialect album in 1991 and it's sample on "Pop Goes the Weasel." My music taste was split at that point in my life between rap and rock so it became the perfect storm. I couldn't tell you any other tracks on that 3rd Bass album, but I guess still has an impact on my memory.

Rediscover the So album this week via YouTube below. You can also join me by posting your favorite tracks or memories in the comments.