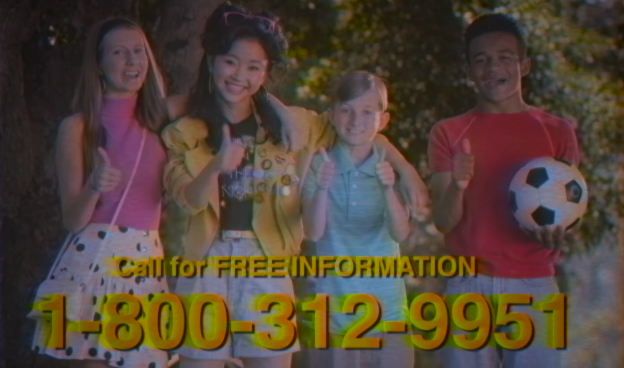 20th Century Fox has released two fun throwback videos for the new X-Men Apocalypse movie that opens today nationwide. Directed by Brian Singer, the latest installment in the franchise is actually set in the 1980s. Along with the standard movie trailers, a couple VHS-style videos were released to help promote Prof. Charles Xavier's School For Gifted Youngsters.

The first video is a TV commercial promoting the school by Jubilee and some of the other students. The fashion is spot on and the declaration of "Xavier's totally rad!" makes this video seem plucked right out of 1983.

A second video was released a couple days ago title "Fables of the Flush & Fabulous" which is a parody of the 1984 syndicated TV show Lifestyles of the Rich & Famous. The parody seems to have even found the original host Robin Leach to narrate the "champagne wishes and caviar dreams" of Xavier's up-state estate...

Catch X-Men: Apocalypse in theaters beginning today. I have no desire to see it except for any '80s throwbacks so please let me know in the comments if it might be worth a Redbox rental someday.
Newer
Older