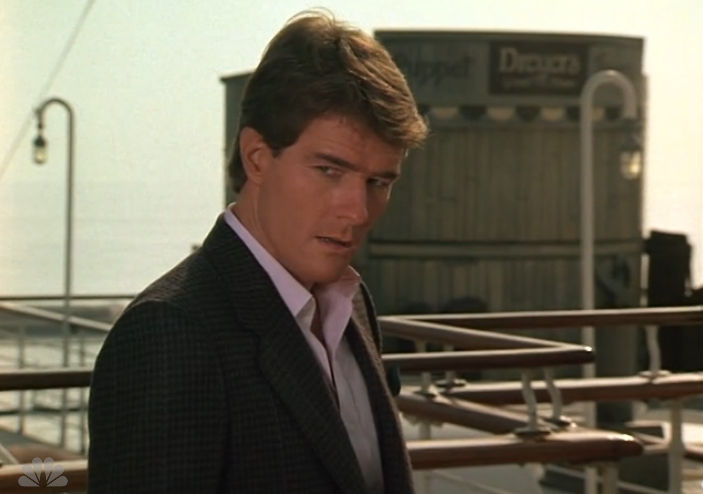 When rediscovering the Airwolf TV series, it won't take long for viewers to spot some familiar guest stars and filming locations. Avid viewers might even remember seeing recycled action footage in season 4 when the series moved to USA network and trimmed its budget from $1 million to $400 thousand per episode.

But whether you were a big fan or just a casual viewer, here are some episodes we've earmarked that contain some familiar guest stars and landmarks. Some you might recognize within the series itself and others you'll remember from other '80s TV shows: 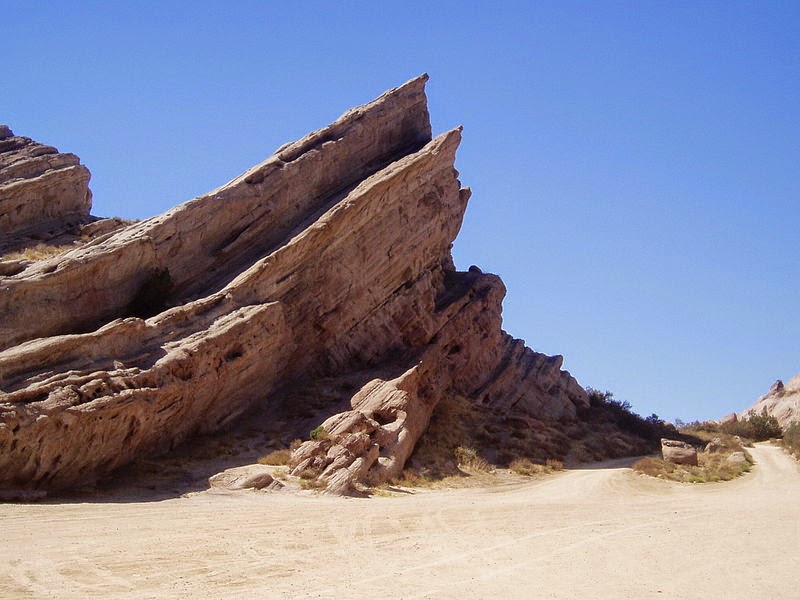 Season 1 – Episode 1: Shadow of the Hawke 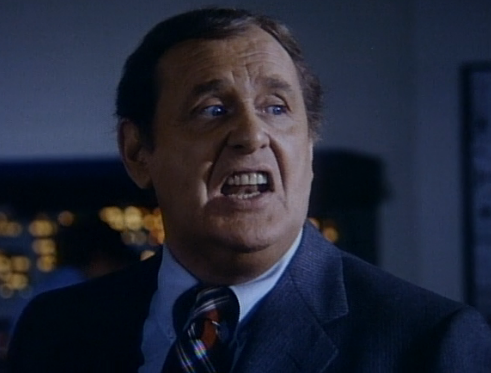 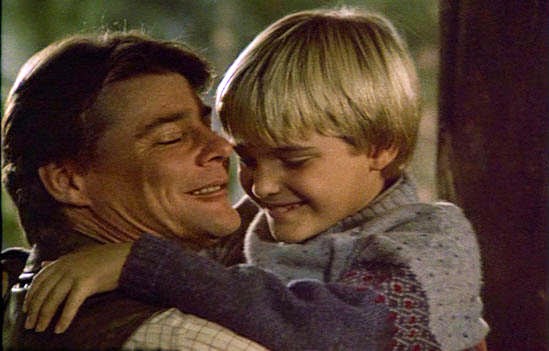 As a child, Allen had guest appearances on several '80s TV shows before landing his most famous role on Dr. Quinn, Medicine Woman in 1993. In Season 1 - Episode 2: "Daddy's Gone a Hunt'n" he plays a young American-Vietnamese boy named Ho Minh Truong who potentially is Stringfellow's son. 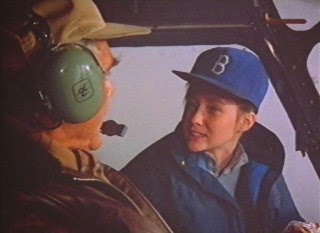 Actress Shannon Doherty
This young lady appeared in Season 1 - Episode 3: "Bite of the Jackal" as the fired up, miss-attitude helicopter hitchhiker who is seeking to be reunited with her father. 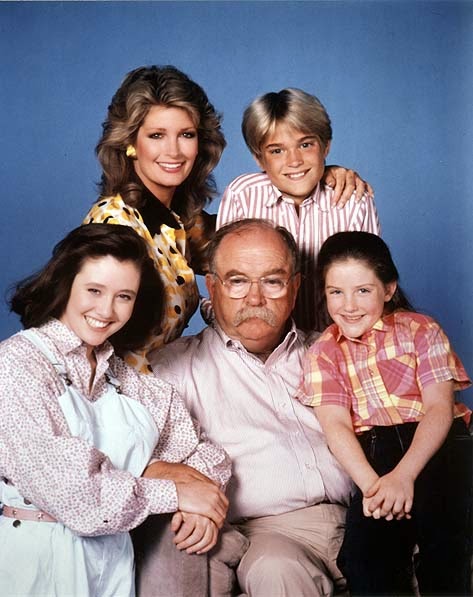 We mention both Chad and Shannon because soon after appearing on Airwolf they both appeared as brother and sister in the show Our House which lasted for two seasons from 1986-88. 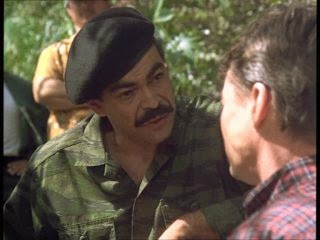 Season 1 - Episode 8: "Mad Over Miami"
Actor Ismael "East" Carlo
Carlo actually appeared in three episodes of Airwolf, all as different characters. His first appearance was on Season 1 - Episode 8: Mad Over Miami in which he plays Sanchez who ironically works alongside Archangel. In Season 2 - Episode 22: "Short Walk to Freedom" he plays a sergeant in a guerrilla group who encounters a group of geological students and imprisons them. Finally, he returns in Season 3 - Episode 13: "Wildfire". Carlo appeared in a variety of shows in the '80s, typically as the "bad guy" rouge or bandit. 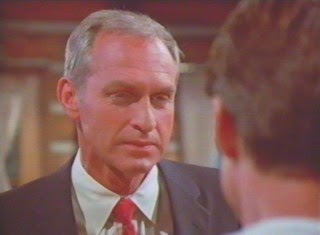 Season 1 - Episode 12: "To Snare a Wolf"
Actor Lance LeGault
LeGault lent his voice and acting skills to Airwolf over the course of several seasons. His unmistakable voice dictated the A56-7W mission brief during the first few episodes of season 1. He also appeared in three episodes and fulfilling his precise, devious role as the "bad guy." He appeared as D.G. Bogard who attempted to snatch Airwolf in Season 1 - Episode 12: "To Snare a Wolf." He appears again as Sheriff J.J. Bogan in Season 2 - Episode 1: "Sweet Britches" when Caitlyn was introduced. Finally, he had a slight role shift in Season 3 - Episode 13: "Wildfire" where he was not the top dog but still sunk his devious teeth into a young lad who was friends with Dominic. LeGault had a grand career throughout the '80s and was known primarily as the infamous Col. Decker who tried many times to catch The A-Team. I think most of us will agree that he was the bad guy we loved to hate or perhaps hated to love. 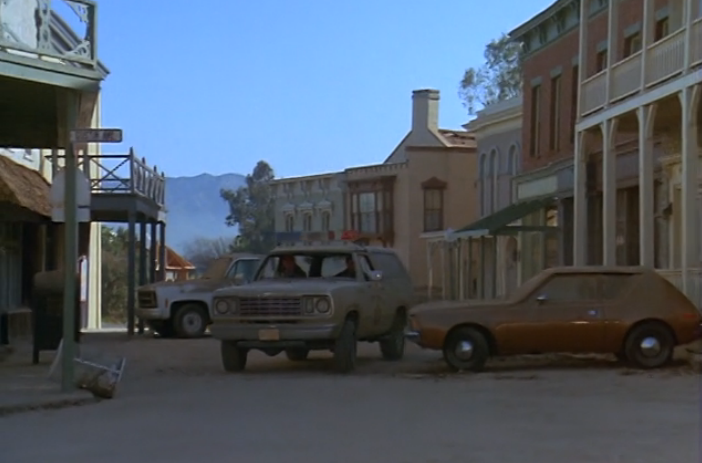 Town Location
The same small town used in Season 2 - Episode 11: "Eruption" when Airwolf is forced to land near a perilous mining town because of a volcanic eruption is once again used in Season 3 - Episode 8: "Annie Oakley" when the Airwolf crew are tasked to disguise themselves and find a laser pack in a western show. In Episode 11: "Where Have All the Children Gone?" the town is used a 3rd time when String attempts to return a Medal of Honor to a Vietnam friend. 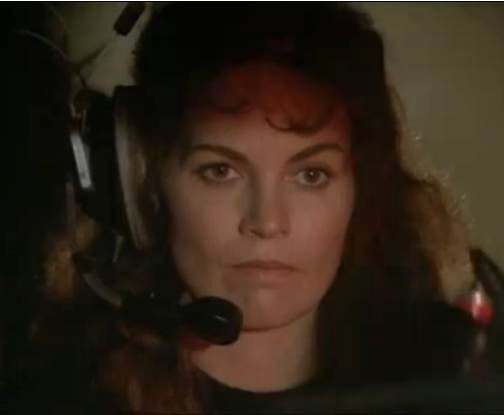 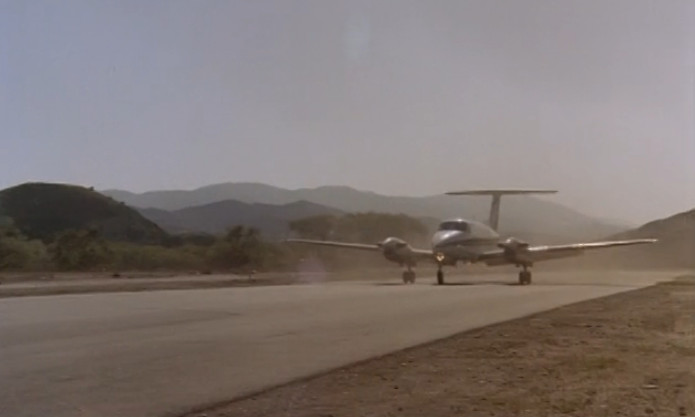 Airstrip Location
A few airstrips and towns are re-utilized in the series but we were unable to capture good video shots, nonetheless we are aware that the airstrip used in Season 2 - Episode 22: A Short Walk to Freedom in which String stays behind while Dom, Caitlyn, and a group of geological students tow a crippled Airwolf across the desert was also used in Season 3 - Episode 2: Airwolf II, primarily the buildings are utilized but look closely. 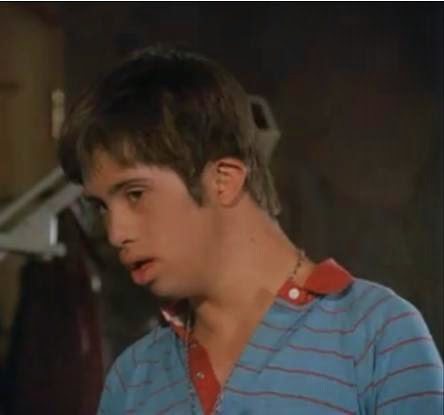 Season 3 - Episode 3: "And a Child Shall Lead"
Actor Ricky Wittman
It seemed that Airwolf tended to have a soft heart at times. One of them included Ricky Wittman who appeared as Bobby Phelps in Season 3 - Episode 3: "And a Child Shall Lead." Wittman had a touch of Down Syndrome but it did not prevent him from being a splendid actor who also appeared in CHiPS, Marian Rose White, and The Kid From Nowhere. 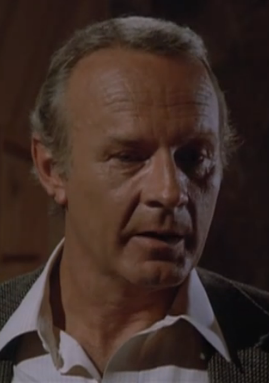 Actor Larry Linville
Larry Linville also appeared in this episode with Ricky Wittman. I did not catch it growing up, however I did notice recently that he is best known as Major Frank Burns on the television series M*A*S*H. In Airwolf, he plays a struggling thief attempting to steal the new wing designs and cash in on the high value they withhold. 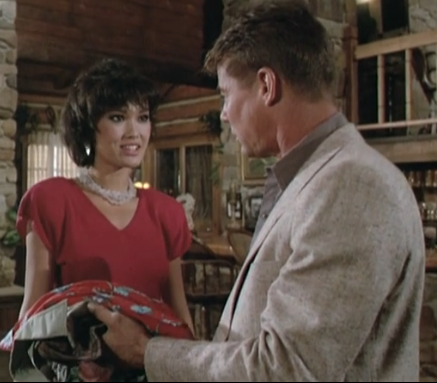 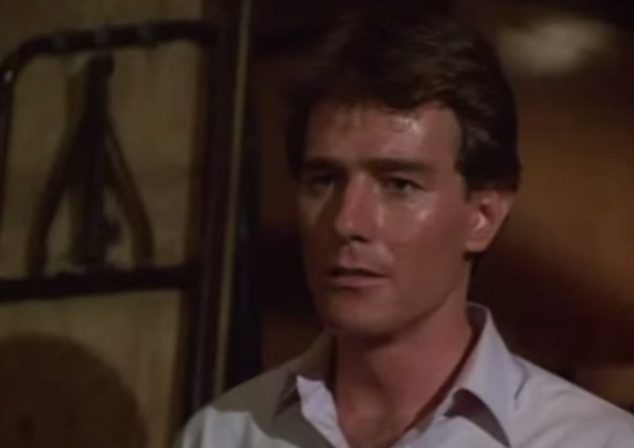 We equally applaud the cast as well as the many guest actors and actresses who lent a hand to Airwolf's success. Have you spotted any other notable guest appearances or locations that we may have missed?