Album of the Week: 'Slippery When Wet' Turns 30 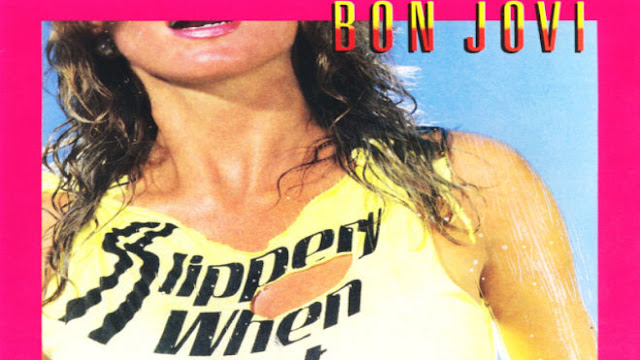 August 18 2016 marks the 30th anniversary of Bon Jovi's most commercially successful album Slippery When Wet. Over 28 million copies have been sold worldwide to date and spent 8 long weeks atop the US Billboard 200 album chart and 38 weeks in the Top 5. The overwhelming success has placed the album among the Top 30 best-selling albums in the US of all time. Internationally, the album also topped the charts in 6 other countries.

The first single released from the #1 album of 1986 was "You Give Love a Bad Name" which topped the US Billboard pop chart, a first for Bon Jovi. The next single released was "Livin' On a Prayer" which also became a #1 hit and sold 3 million copies in the US as a single. "Wanted Dead or Alive" was the third single released and outsold its predecessor by a million copies while reaching #7 on the US Billboard pop chart. "Never Say Goodbye" was never commercially released as a single and ineligible for the US pop chart survey, however did register on the US rock chart at #11. Slippery When When made history becoming the first hard rock album to chart three Top 10 pop singles.

Personally, this album brings back alot of memories. It was my first real introduction to Bon Jovi and I remember being over at a friend's house and sneaking the cassette album from his brother. I also remember watching Jon and Richie playing "Dead or Alive" acoustically on the MTV Video Music Awards in 1989 and thinking they were the coolest rockers on the planet. My favorite album track is "Raise Your Hands" mainly because cannot hear and not think of Barf dancing in Spaceballs (one of my favorite '80s films.)

Rediscover Slippery When Wet for its 30th anniversary this week via YouTube below or subscribers can listen to the full album for free on Amazon Prime music. You can also join me by posting your favorite tracks or memories in the comments.