Pass Go In Ecto-1 With The New Monopoly: Ghostbusters Edition 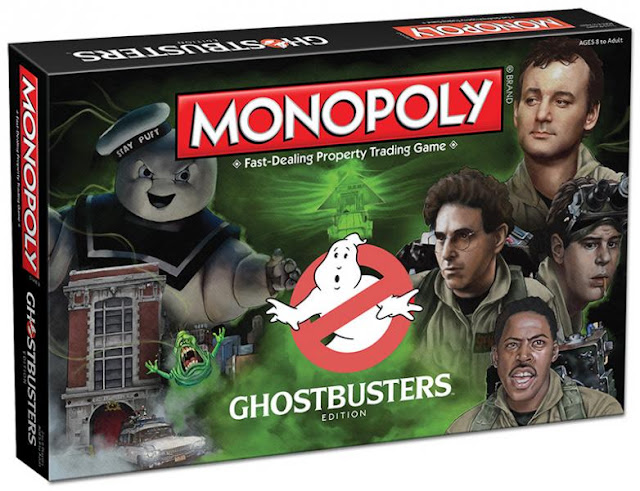 Boardwalk becomes an inter-dimensional gateway in the new Monopoly: Ghostbusters Edition board game by USAopoly. The spooky new rendition of the classic board game offers some high-quality box art, familiar characters and props for the game pieces, and various locations to collect from the original 1984 film.

I'm not a huge Monopoly fan and I only own the Star Wars edition released probably 15 years ago or so now. But I've gotta say that the Ghostbusters edition might have just jumped to the top of my Christmas wish list. The box art itself looks good enough to hang on a wall and the ghostly twist on the game board, playing pieces, and even the money are a fan's dream.

Community Chest and Chance are now "I Ain't Afraid Of No Ghost" and "Who You Gonna Call?" with a photo of the guys from their TV ad. The playing pieces feature Ecto-1 (DIBS!!), Mr. Stay Puft, Gozer's dog-like pet, a Proton Pack, a PKE meter, and the green spud known as Slimer. Also, the motels and hotels are now ghost traps and containment units. The locations on the game board are places from the university, city hall, the firehouse, Dana's apartment, and the rooftop.

Monopoly: Ghostbusters Edition was actually released in June 2016 but this is the first time I've spotted it. MSRP price is $39.95 and you can find it online at Entertainment Earth and Amazon. 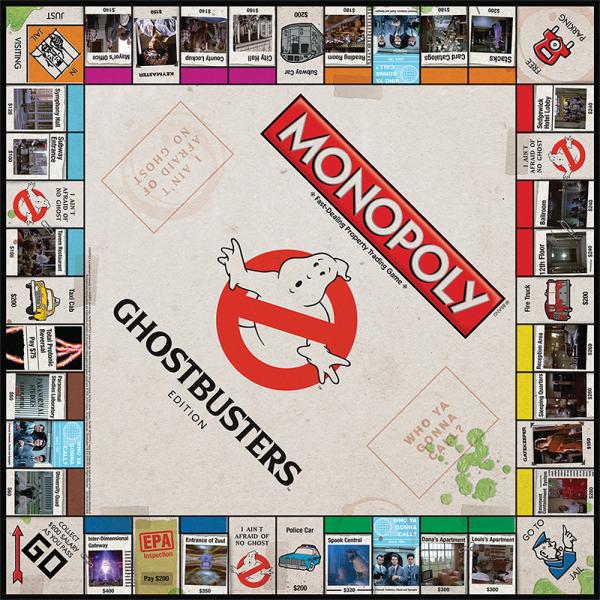