The Best Themed Play Tents of the '80s 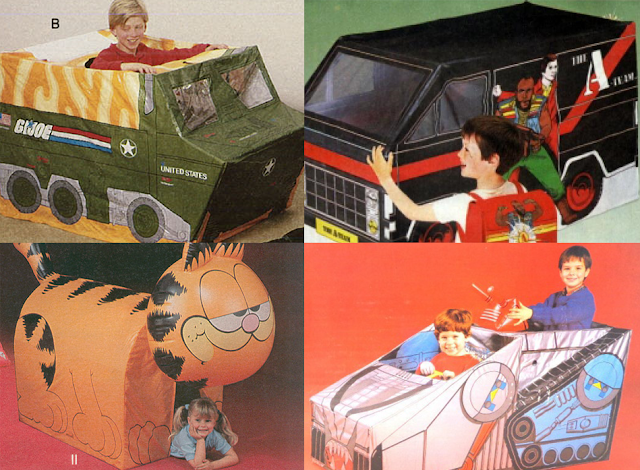 I was a spoiled kid growing up in the '80s. I was an only child so I had a pretty full toy box and everything a kid could want when it came to Christmas gifts. After going over all the top Christmas gifts I received as a kid, there were still a few things I would've loved to have like one of those large Tyco slot racing sets that glowed in the dark or one of those themed racing sets. Another thing that I always marveled at in the Sears Wish Book were those kids play tents.

Like just about everything else a kid could want, play tents featured images and designs of many of the popular licensed properties of the time. Instead of using action figures to play out our fantasies, play tents were a chance for kids to do some true role play of our favorite characters. I don't remember specifically asking for a play tent as a kid, but my fascination with them (and Batman) actually led me to purchasing a Batman Returns Batmobile play tent just this year.

After sifting through several Wish Books and Christmas catalogs again this year, I decided to compile a list of the best themed play tents released in the 1980s. A word of note, I'm not biased against all of the properties specifically aimed at girls but this is through the eyes of an '80s boy at heart. If you know of some play tents for girls or others I may have missed, feel free to contribute in the comments... 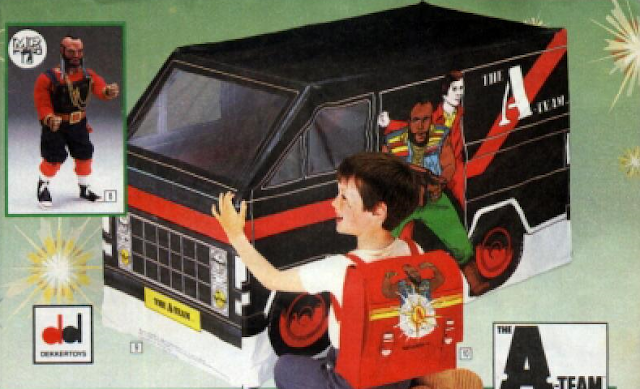 I found this A-Team play tent in an Argos catalog (the U.K. equivalent to the Sears Wish Book.) I don't recall this in any of the catalogs I would've thumbed through as a kid because I'm pretty sure it would've been #1 on Santa's list. Even though I never got it, it still contributes to my day dreams of owning a real version of B.A.'s van to this day.

Before doing some research for this article, I had no idea a Thundertank play tent even existed! How cool is this that not only can you sit side-by-side (smaller image), but also have an inflatable swivel cannon for the turret! From the tank tracks on the side to the mouth full of teeth in front, this play tent was a work of art. 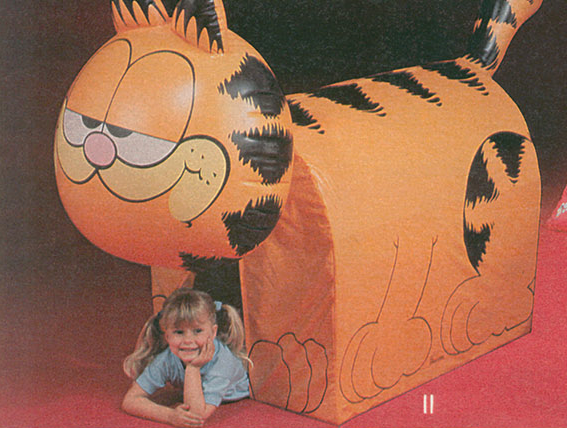 I loved watching Garfield and Friends as a kid and was inFATuated with the sarcastic orange cat to the point of having this poster greet people on my bedroom door. Maybe it would've been a little weird to actually find out what Garfield looks like on the inside, but what kid wouldn't have loved to have this oversized cat in their bedroom. 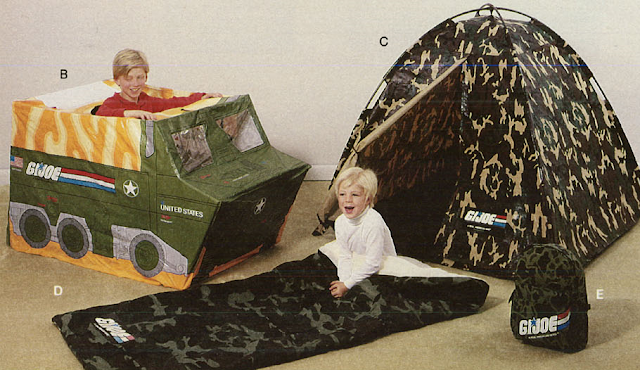 G.I. Joe had several different play tents, but the one that makes this list is the one modeled after the APC vehicle. Even though it's not pictured above, the play tent came with an inflatable gun turret just like you'd find in the cartoon or on the toy. 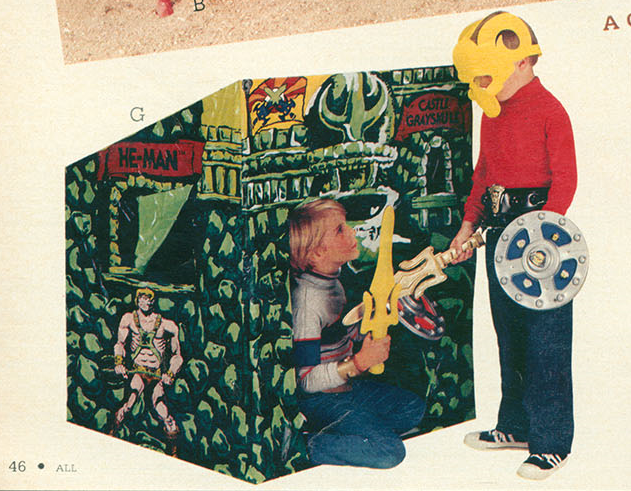 Castle Grayskull became the new Camelot in the '80s with kids desperately longing to visit the Sorceress and learn of its secret powers. Even though the play tent version is somewhat basic, the artwork is enough to make any kid want to enter through the drawbridge. 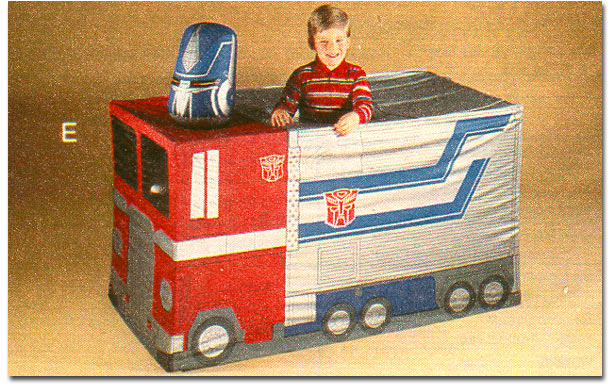 Here's another play tent I did not know existed until putting together this list. It does look a little weird to see Optimus Prime's head on top of the cab in his tractor trailer mode, but still, what Transformers fan wouldn't have wanted a ride? It would've been much more fascinating if they had found a way to display his robot form on the bottom and you could have stood the tent on end to transform the Autobot leader. 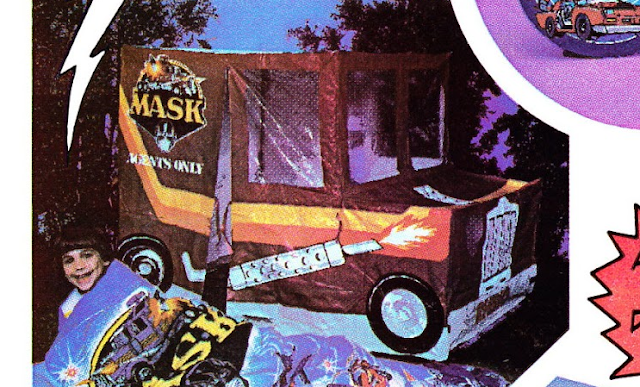 For those of you who know me personally, you know anything that was M.A.S.K. themed has a chance to make my lists. This Rhino play tent that was clearly marked for "Agents Only" is something I didn't know existed until a few years ago. I love the fact that the smokestacks are down and depicted firing away at imaginary V.E.N.O.M. vehicles in its path.

I've come across several more themed tents including Cabbage Patch Kids and Knight Rider that were more basic style tents, but I thought the ones listed above were very unique. Again, if you've spotted any others, feel free to contribute your thoughts (and picture links) in the comments below.