George Michael Dies At 53, My 5 Favorite '80s Songs In Tribute 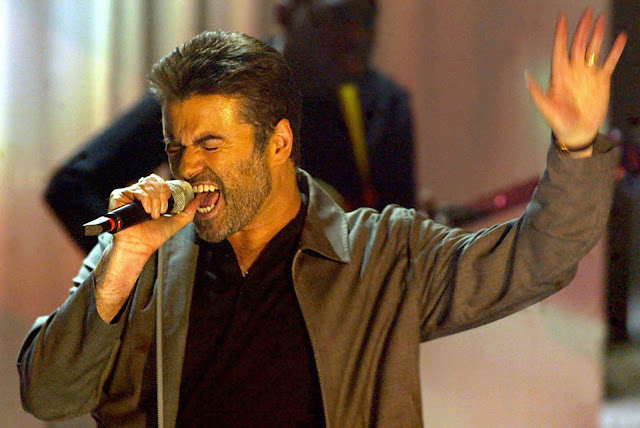 Very sad new came out of England yesterday as the BBC and many news outlets reported that music pop star George Michael passed away on Christmas day. According to the singer's publicist, he died peacefully at his Goring, Oxfordshire home at just 53 years of age. Georgios Kyriacos Panayiotou, his birth name and native of North London, would sell over 105 million albums worldwide over the course of his professional music career with Wham! and as a solo artist. Ten individual singles would peak at the #1 spot on both the US and UK pop charts to go with many industry awards including three Brit Awards and 2 Grammy Awards.

Michael was also a sex symbol throughout his career through his live concerts and music videos which earned him four MTV Music Video Awards. His sexuality later became public when he announced he was gay in the late 90s and became an advocate for LGBT rights and HIV/AIDS awareness. His publicity would later be plagued with arrests which unfortunately overshadowed his heart for charity. Over the last few years, health problems would force him to all but retire from concert tours. Also, just this year he formally announced a second documentary on his life would be released in March 2017 titled Freedom.

2016 has been a rough year overall for celebrity deaths but none more so than the music industry. Losing the likes of David Bowie, Prince, Glenn Frey, and now George Michael is gut-wrenching when thinking about how far their music careers spanned the globe. Of course, to those of who who still celebrate '80s pop culture it is particular hard to think about now when you hear their music. I wasn't a huge George Michael fan. In fact I don't ever remember owning any of his albums. I do remember hearing his music mainly through my mother over the years and now have come to enjoy several of his hit singles.

As a tribute, I'm listing my 5 favorite George Michael tracks in no particular order and invite you to do the same in the comments.


"Last Christmas" by Wham! - It's ironic and, in fact, a little creepy that Michael passed away on Christmas. "Last Christmas" has become a timeless classic for the radio season and was currently on the UK charts at #16 at the time of his death. I read several years ago (probably for a Christmas related article I was writing) that the song was held out of the #1 spot by Band Aid's "Do They Know It's Christmas" in which Michael contributed. However, Michael and bandmate Andrew Ridgely decided to also donate "Last Christmas" proceeds like its chart rival to Ethiopian hunger relief.

"Everything She Wants" by Wham! - I really didn't get into this single until the early '90s when I worked part-time for a radio station. I primarily worked on the on AM side but had a speaker to listen to the FM station which played adult contemporary hits. "Everything She Wants" became one I would "crank up" when it came on for its driving rhythm, backing melody, and the Michael Jackson-like singing style.

"Careless Whisper" by Wham! featuring George Michael - Technically, this was Michael's first solo effort although he was still performing with Wham! which is why some markets like the US credited both he and the band. It seems like this song has drifted into the saxophone hall of fame but it remains for me as one of the songs that instantly takes me back to the '80s.

"One More Try" by George Michael - I've always attributed this ballad as the perfect prom slow dance but it might be the best at showcasing his vocal range. As throughout his music career, Michael proved he could make a hit from a fast-paced rhythm or a slow ballad.

"Somebody To Love" by Queen & George Michael - My last pick is a little outside of the box for the '80s but Queen's 1976 track "Somebody to Love" was first introduced to me in 1993. Queen performed it in concert through 1985 and then was performed by Michael at Freddy Mercury's tribute concert and subsequently released as a single from Michael's Five Live album. I credit this performance and the Wayne's World film as my motivation for truly discovering Queen's discography. The rehearsal video that's circling the web now is also pretty amazing.