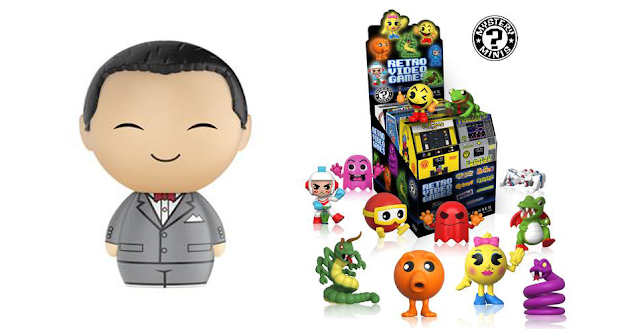 London Toy Fair is in full swing and Funko has revealed many new items coming in 2017. Of those reveals, a couple '80s related items caught my eye. Pee-Wee Herman will get his first figure from Funko with a new Dorbz figure. Image revealed shows the concept artwork so the final product could be slightly different. I'm not really a fan of the Dorbz figures, but I would think Funko will be including Pee-Wee in the POPs! line and possibly even the Reaction line which would be my preference. Maybe we'll finally get his bike too! 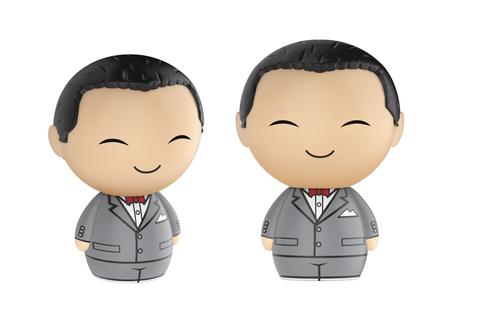 Building off Funko's existing license with Namco, a new Retro Video Game Mystery Minis line will also be released in 2017. You may remember (or even collected) some POPs! featuring Pac-man, Mega Man and Q*Bert. The new Mystery Minis will feature many of the same characters and also include some new ones like Dig Dug, Coily from Q*Bert, Frogger, and the Galaga spaceship! Also, one of the first things I noticed in the image below is the most excellent cabinet-shaped boxes they come in! I haven't collected any Funko Minis at this point but these could very well show up in my collection. Preorder a 4-pack now at Entertainment Earth! 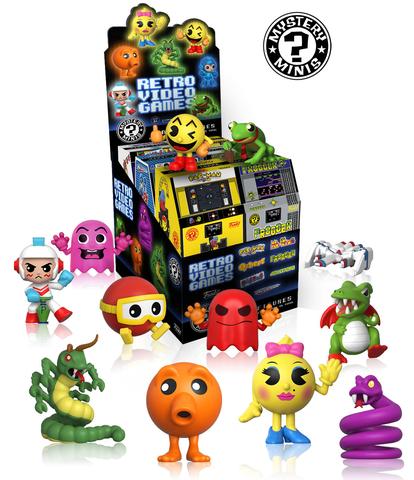