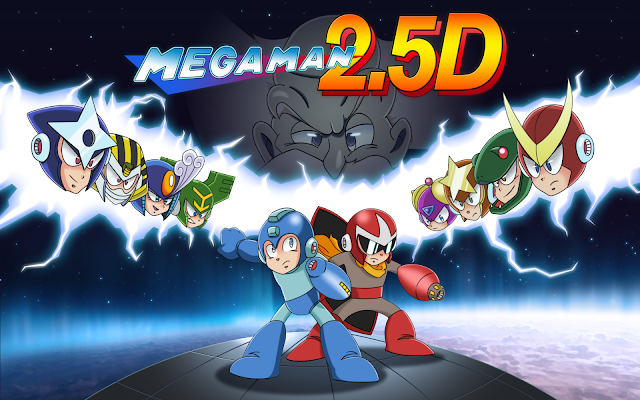 In 2009, a small team of Mega Man fans created an animated proof-of-concept using classic renderings from the hit NES video game. After some positive response, the team pushed on to develop a playable game...which just became a reality after nearly 8 years!

Mega Man 2.5D is here and contains two main features that sets it apart of other games in the franchise. The first is a cooperative mode that allows two players to team up and take on Dr. Wily. The other is changes to the camera perspective which is featured a lot in the single-player mode of the game. Check out the release trailer below...

PC gamers can download Mega Man 2.5D now for free through developer Peter Sjostrans'a website via Google Drive or Torrent. Now, you might be wondering if Capcom might step in and shut down this game like Nintendo did with the fan-made Legend of Zelda 3D game last year. From what I've read, Capcom has a more relaxed policy on fan-made games that are non profit and are a genuine representation of the original games and characters. In fact, Capcom backed the 2012 fan project Street Fighter X Mega Man game so it appears Mega Man 2.5D has held up to Capcom's standards.

And speaking of standards, the developers get my vote simply based on the cool art they've released including the following rehash of the original NES box art... 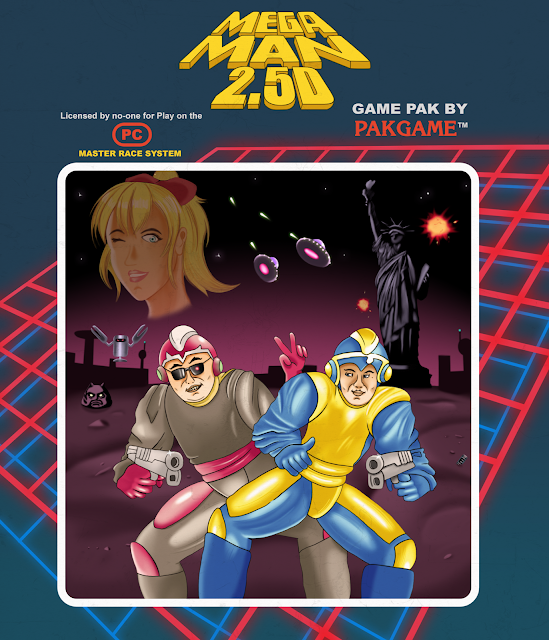