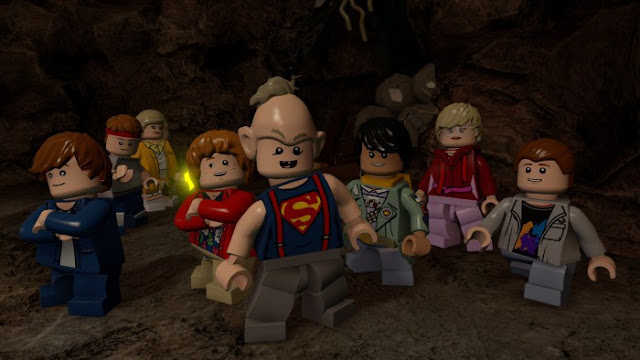 HEY YOU GUYS!!!! Lego Dimensions is continuing to feed '80s nostalgia to a new mini-figure generation with a new Goonies level pack! First announced last summer with the A-Team , E.T. and Gremlins level packs, Sloth and the gang will come with a new Adventure World and Battle Arena to fully immerse players in the hunt for One-Eyed Willie's treasure. Here's the official LEGO release statement and a look at the new set...

The Goonies Level Pack includes a complete level of The Goonies gameplay where players can help Sloth and Chunk escape the Fratelli hideout and join the rest of the Goonies on their search for One Eyed Willy’s treasure. Players can use Sloth’s Super Strength to smash through walls or play as Chunk and use his infamous Truffle Shuffle. The rebuildable One-Eyed Willy’s Pirate Ship will sail on water and can also be built into the Fanged Fortune and the Inferno Cannon; while the rebuildable Skeleton Organ has Sonar Smash abilities and can also be built into the Skeleton Jukebox and Skele-Turkey for added game play capabilities. Sloth provides access to a new The Goonies Battle Arena, and also the Adventure World where players can explore Mikey’s House, Inferno Cove and the Goon Docks. Once the level is complete, players will be able to replay through the game and other levels as any of the seven other Goonies characters to solve additional puzzles and access more collectibles in their journey through the LEGO multiverse. 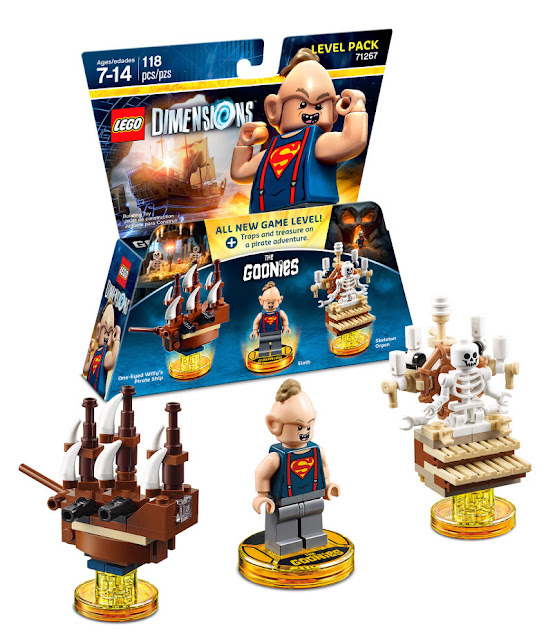 The Goonies Level Pack will come with Sloth, the skeleton organ, and One-Eyed Willie's pirate ship. Along with the headline image above, a couple more screenshots from the game have been released (see below.) The new Goonies pack will be available at retailers on May 9, 2017.  Michael Knight and K.I.T.T. will also be making their Lego Dimensions debut in about a week on Feb 10, 2017 and you can get a closer look by watching the new Meet That Hero trailer in which K.I.T.T. races Sonic the Hedgehog. 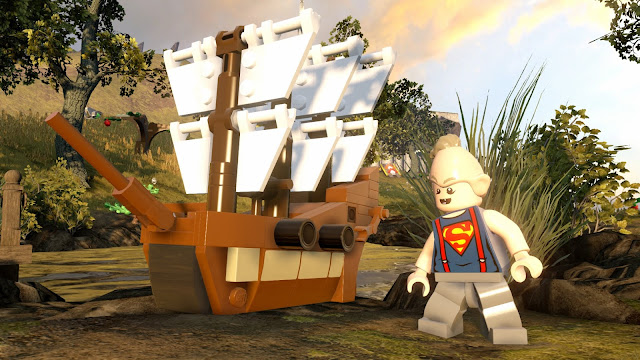 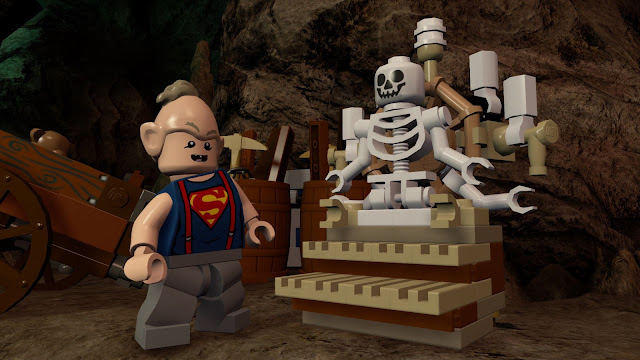