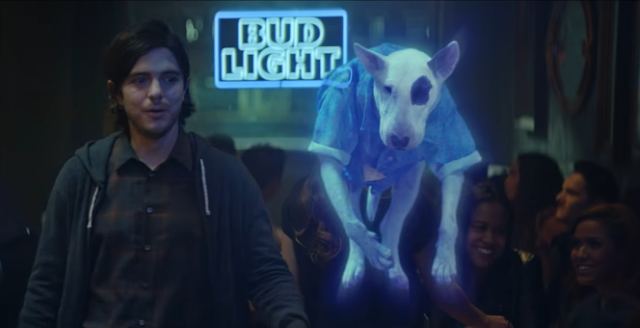 30 years after making his debut at Superbowl XXI, Spuds MacKenzie has returned (in spirit) to a new TV commercial for Bud Light. For 3 years in the late '80s, Spuds was the hippest dog on the planet appearing in several commercials and serenaded by the voice of Lifestyles of the Rich and Famous host Robin Leach (who has also returned for the new ad.) Spuds' image became so large that Anheuser Busch retired its mascot in 1989 for fear the popular pooch overshadowed their products.

Spuds MacKenzie (real name Honey Tree Evil Eye) met his maker in 1993 but now returns as "Ghost Spuds" in the new commercial for Super Bowl LI. Spuds appears to a man who is neglecting his friends and shows him in "Christmas Carol" fashion what he is doing wrong. Of course, the simple answer to his problem is to restock their friends' party with Bud Light. Watch the commercial below...