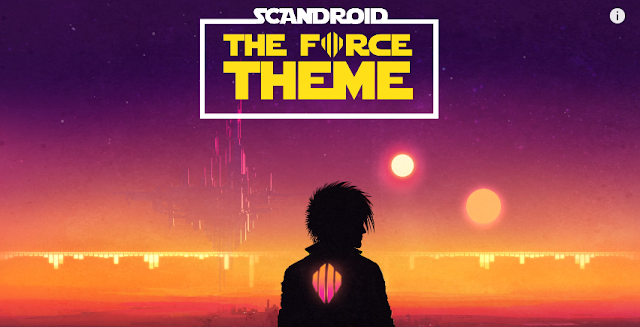 Revenge of the Synth! Check out this synthisized version of the Star Wars Force Theme by Scandroid for Star Wars Day. Detroit-based producer Klayton is behind the track, who is also know for his multi-genre project Celldweller (which also covered Star Wars music.)

I was inspired by artists like Tomita who re-imagined iconic Star Wars themes with synthesizers. I was excited to cover the “The Force Theme” because I wanted to blend classic analog synthesizers with a re-orchestration of the original song. Not only was I influenced by the classic Star Wars films, but I am inspired by the possibilities of the new films. Enjoy this May 4th release and may the Force be with you.


Enjoy the Scandroid track below as well as the heavily electronic Celldweller version of the Imperial March...