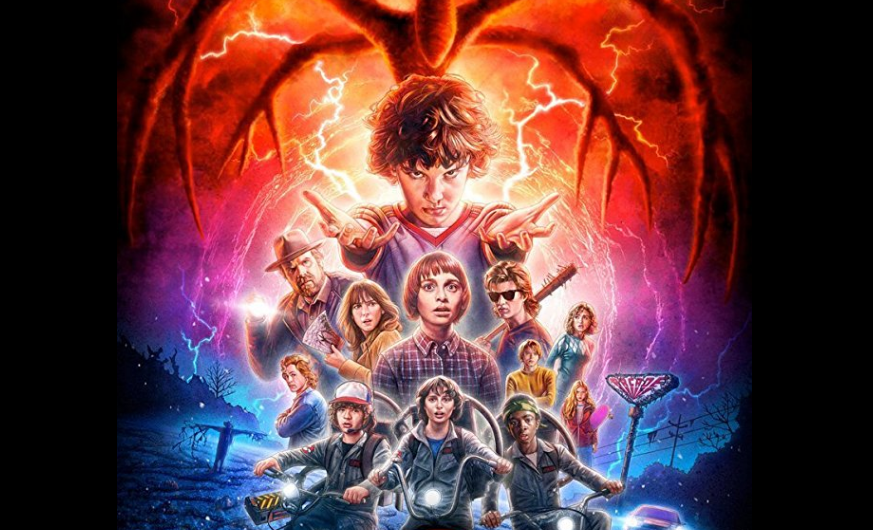 Every generation feels some kind of nostalgia regarding the era in which their childhood took place. Of course, that includes kids that grew up in the 80s. For us, Netflix's Stranger Things, Season 2 is a trip down memory lame – err, lane.

The Stranger Things kids are all given a long proverbial leash when it comes to their habits of coming and going. As 80s kids, our parents weren't any less responsible than parents are now, but in a world without mobile devices and every horrible thing happening in the world on a ticker at the bottom of every TV screen, the freedom to run around the neighborhood was our “normal.”

Call them what you want, but the preternaturally uncool were at their zenith in the '80s. Of course, the entertainment world has always had a soft spot for geeky characters making good. Stranger Things is not unique in that regard. But our heroes were outcasts and weirdos, as in The Goonies, Lucas (starring the incomparable '80s icon Cory Haim), and Pretty in Pink. Stranger Things definitely celebrates the young and iconic nerd/hero.

According to most film and TV at the time, what we now call bullying was more acceptable then than it is now. Authority figures were likely to call you a tattletale instead of doling out discipline to the jerk who humiliated you.

The glory that was the arcade.

Gaming arcades were where the dorks could be dorks together, and if you weren't dorky enough then, well, you shall totally not pass. Back in the day, you had to actually leave your house to learn how to play video games. Armed with a pocket full of enough quarters to beat any predatory stranger into submission, with the only possible exception being a Demogorgon.

That's it. Just riding bikes. Because it was fun. This dovetails nicely with #1: how much freedom we were given. It wasn't uncommon to take off your bike and go play with your friends for hours without encountering a full interrogation from your 'rents. There couldn't have been any more or fewer predators out there than there are now; it just wasn't such a thing back then.

Oh, and helmets weren't deemed necessary yet. Seat belts and booster seats and bicycle helmets were mere suggestions: something people should perhaps consider rather than the absolute must they are today. Only the kids with the most cautious of parents had bike helmets. Or seat belts. Or booster chairs. Even so, helmets were easily ditched if we even had them.

The '80s brought it when it comes to fantasy stories. Ours was the first generation raised on Star Wars. Such geekery was approaching mainstream, and everyone who was anyone at least went to see E.T., The Neverending Story, and Labyrinth.

The '80s may have been a dark time musically, but the soundtrack to Stranger Things gives every '80s kid flashbacks of one variety or another. I mean, if The Scorpions' “Rock You Like a Hurricane” doesn't make you want to “rock on,” then nothing will.

Big hair is a hallmark of the 1980s, to be sure, but those of us that were there know that no one's hair actually looked as good as it does on Stranger Things.

Smoking, at least smoking in public, has been on its way out since the Nineties, so we '80s kids were the last generation that remembers people smoking cigarettes all over the place. Depending on where you grew up, we recall people smoking in stores, public buildings, movie theaters, and even grocery stores. It seems gross now, but it just wasn't a big deal back then. Even if your parents didn't smoke, your friends' parents did, and it wasn't considered a blemish on their character.

In case you missed it, here’s the trailer from NetFlix.