Could Skill Based Casino Games Signal a Return to '80s Arcade Culture? 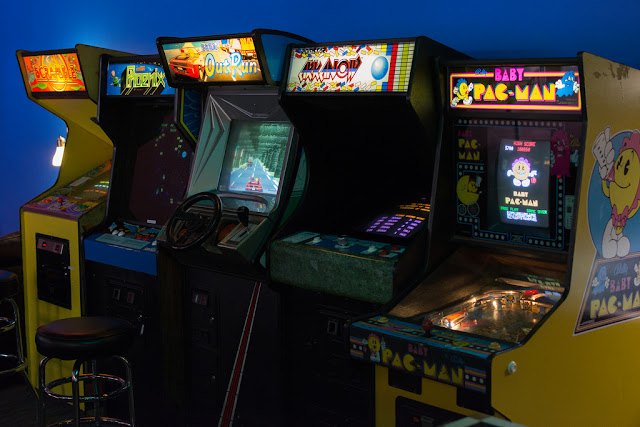 The recent legislation permitting skill-based gaming in the casinos of Nevada and New Jersey might not sound like any big deal, but it could change the face of casino floors and leave them looking more like the arcades where we played classic video games like Space Invaders, Pac-Man and Frogger.

The stated intention is to broaden the appeal of casino games and generate new interest from millennials who see Vegas and Atlantic City as a haunt for previous generations. The point is a reasonable one - take a walk along the strip in Vegas and you will see people of all ages and backgrounds, including plenty in their 20s. But set foot inside one of the major casinos, and the average age of the punters is over 50 which is a big age difference between those who go to actual casinos and those who are looking for best payout online casino.

However, an unexpected side effect is that it could also be good news for those of us who long to return to those great arcade days of the 1980s.

The Evolution of Casino Games

By far the biggest development that the casino industry has seen over recent years has been the explosion in online gaming. There is a genuinely mind-boggling range of sites, as you can see from the listing at TheCasinoDB.com. Yet most of these have more or less the same traditional games such as roulette, blackjack and poker.

The only thing that has really changed in has been in the slots arena. We all remember the excitement that video slots brought as they started to incorporate bonus rounds or “games within games, if you like in the late 1980s. It added a new dimension and also helped you to improve your chances of a win. Or did it? The problem had always been that Nevada legislation limited the possibilities for skill based gaming by prescribing that casino games had to be predominantly based on chance.

Any skill-based aspects to the bonus games could only play a small part in dictating the overall outcome. The inability to really develop the games meant video slots have really evolved very little over the past 30 years or so. But with the new regulations, all that is set to change.

Could Frogger and Pac-Man really make a come back?

There is no doubt that the flexibility the new legislation brings will mean there will be new games that focus on skill, just like those old games that we loved so well. In all probability, these will predominantly be based on modern console games and the eSports phenomenon for that millennial appeal, but it is not unrealistic to suggest that retro '80s gaming could become a part of some casinos’ plans in the years to come.

After all, night clubs regularly host '80s themed events where we can indulge our passion for the music and fashions of the decade, so if it is just a case of installing software onto a retro-styled gaming cabinet, what is to stop casinos having a Donkey Kong or Super Mario night?
Newer
Older
Powered by