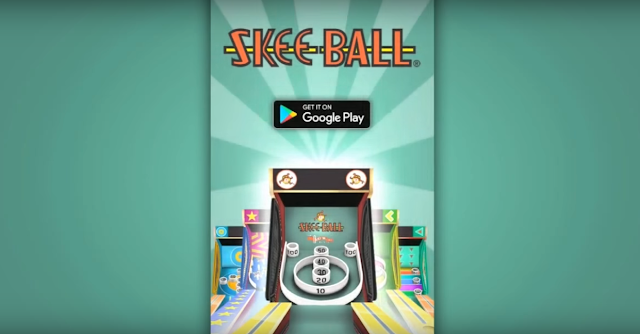 For over 100 years, Skee-Ball has been a part of amusement parks and arcades everywhere. It remains a staple at places like Chuck E Cheese for dispensing those coveting tickets to trade for prizes. As a kid growing up in the '80s, I remember encountering Skee-Ball at the local arcades, the occasional birthday party at Show Biz Pizza, and even at the county fair.

There has always been something about putting your coin in the slot and hearing those brown balls rushing down to the opening along the right side of the game. I think its popularity has endured because its the perfect miniaturized bowling game that kids can play as good as adults. It's a simplistic game yet one not easily mastered. And while we can still find Skee-ball in the wild, an officially licensed app is now available!

Skee-Ball Plus by Ocean Media for Android and iOS features the classic game along with several new modes to keep gamers engaged. Several layouts and cabinet skins also give variations of the standard game. Each score earns tickets to unlock game modes, cabinets, and special balls to increase your score. Pop-up challenges give gamers a chance to earn extra tickets to unlock faster. Watch the video below to get a glimpse of the action...

Review: So far, I'm really enjoying the game. I've managed to unlock the Hangman mode which requires trying to hit a target score before your entire hangman appears. I'm also enjoying the Thanksgiving-themed cabinet which gives you jumping turkeys to hit instead of the traditional rings. It's also allowing me to score higher and level up faster to unlock other modes and cabinets. 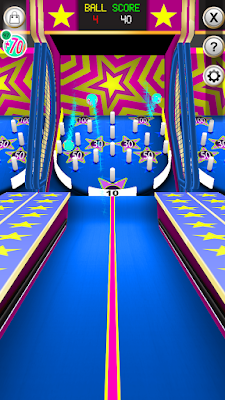 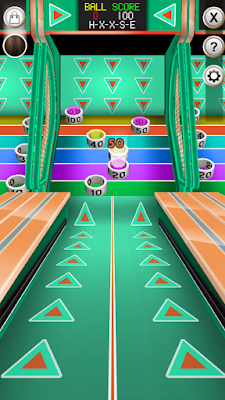 The graphics are great and the audio gives me the atmosphere required for Skee-Ball such as the clank of the balls hitting the open slot (would prefer if that animation was added at the beginning of each game.) My only real gripe is the throwing motion is really sensitive. It takes awhile to get accustomed to it, but the aesthetics of how the ball interacts with the rings is perfect. The app is in its early stages so I hope the developers will eventually make us options on the throwing motion. The app has also crashed on me a couple times while playing so not sure if that's attributed to my phone or the app itself.

I'm definitely keeping this game on my phone and would recommend the game to anyone looking for some quick fun with no Wi-Fi required. Skee-Ball Plus currently sells for $2.99 with in-app purchases available. Download now in Google Play or the App Store and add some classic arcade fun to your phone or tablet!