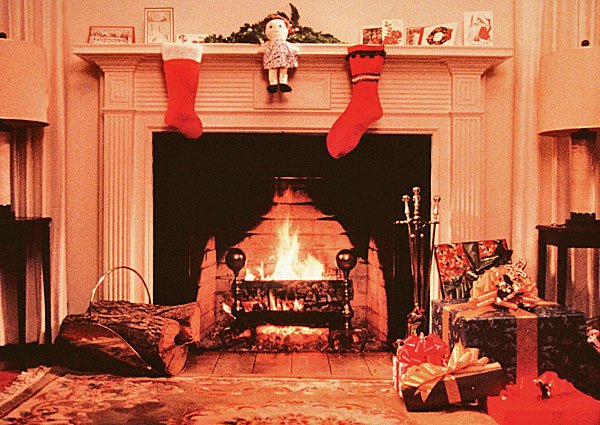 As a cable TV subscriber in Central PA during the ‘80s, we were a household that received WPIX out of New York City. Two holiday traditions that I still hold to this day are directly related to watching that channel as a kid.

The first is watching Laurel and Hardy’s March of the Wooden Soldiers (aka Babes in Toyland) on Thanksgiving Day. Since moving to the South many years ago, I usually had to dust off my VHS copy (now DVD) each year to hold the turkey day tradition.

The second tradition is seamlessly intertwined with my memories of opening presents on Christmas morning: watching the WPIX Yule Log. Granted, turning on the TV was never my first priority when I woke up, but its warm cathode ray glow and classical Christmas accompaniment always seemed to find me among the mountains of wrapping paper. And even though it seemed silly to me as a kid, the Yule Log remains a big part of my Christmas experience.

I knew a little bit about how it all got started, but I decided to dig a little deeper, past my experience in the '80s. Here are several things you might not know about the original (and often imitated) WPIX Yule Log:

Inspired by a Coca-Cola commercial, WPIX president Fred M. “Flame” Thrower (okay, I added the “flame” nickname) decided to give New York City apartment dwellers the gift of a fireplace.

It was originally broadcast on Christmas Eve instead of a scheduled roller derby program.

The original program was filmed at Gracie Mansion, the residence of the Mayor of New York City

John Lindsay was mayor at the time.

The original film loop was only 17 seconds long

With the 15mm film deteriorating after just 3 years, a new loop was filmed in 1970 that lasted approximately 6 minutes.

After the mayor was unreceptive to do a reshoot (see fact #3 above), WPIX chose a California home due to its similar andiron (the fire wood holder thingy).

The Yule Log was broadcast for 23 consecutive years through 1989

WPIX General Manager Michael Eigner (aka Frank Shirley) decided to cancel the program in 1990 due to its lack of ad revenue. Many viewers protested the decision and exclaimed (in essence) “of all the cheap lousy ways to save a buck”.

After its cancellation in 1989, the original master film of the 1970 Yule Log was misfiled in a Honeymooners episode film can

Program Director Julie O’Neil found the reel labeled as the A Dog’s Life episode, which is why the 40th anniversary Yule Log documentary film is titled A Log’s Life.

The Oscar-nominated film Metropolitan featured a New Yorker watching The Yule Log program on his TV. 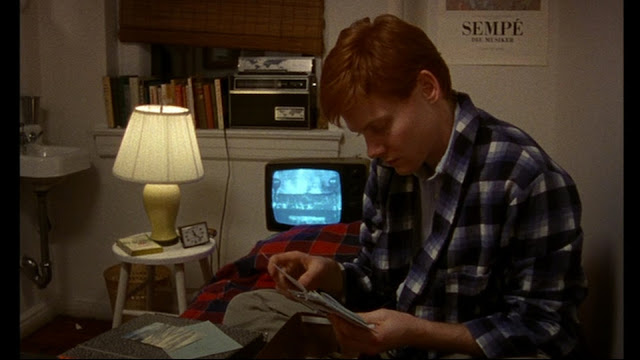 The program was first syndicated in 2004

Chicago’s WGN became the first station to broadcast the program nationally. In 2008, WGN broadcast its own version of the program but decided to change back to the WPIX version the next year.

The broadcast was extended by an hour in 2009

The new 4th hour included 23 new songs by 9 artists. 7 of the artists had never appeared before on the broadcast, one of which amazingly was Bing Crosby.

14 of the songs are performed by Percy Faith and his orchestra including the first ("Joy to the World") and the last ("Hark! The Herald Angels Sing"). The song most repeated on the soundtrack is "Silent Night" (5 times.)

During its initial run from 1966-89, the audio track from The Yule Log was simulcast on the radio

102 WPIX-FM was the broadcast affiliate.

Applegate Organic and Natural Meats hosts a 31 minute video of bacon cooking on a cast iron skillet over a fireplace.

In the 45-minute video, the actor sits comfortably in front of a fireplace drinking without saying a word.

For us plasma pyromaniacs, WPIX continues the tradition to this day by airing the original program on Christmas Eve and Christmas day. For a complete listing, visit TheYuleLog.com website. And for those of us who can’t wait or live outside of the WPIX area, you can stream the Fireplace for Your Home knock-off on Netflix or tune in to the Antenna TV channel on Christmas Day.

(I originally wrote this article for UnderScoopFire and is being republished here with permission.)
Newer
Older
Powered by