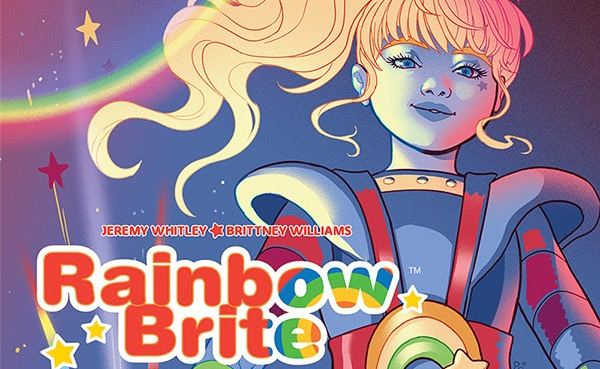 Rainbow Brite was a cartoon in the early '80s about a little girl who brought color and happiness to the universe. It was adorable and fun, becoming one of the most popular characters to come out of the 1980s by generating billions in profit. She was (and is) an icon of happiness, kindness, and the power of believing in yourself.

Now, 35 years after her television debut, Rainbow Brite is entering the realm of an ongoing comic book series. Published through Dynamite Entertainment, the series follows Wisp and her best friend Willow (a new character in the world of Rainbow Brite) on adventures in their little town until Wisp is called to become Rainbow Brite. For comic book author Jeremy Whitley (who’s written for another popular '80s property My Little Pony and the creator behind Princeless) the project is a dream come true.

Q: How similar will the new series be to the original series? Will it be a re-write of the original origin story “The Beginning of Rainbow Land”?


Jeremy: The first issue is, in a sense, a prelude to "The Beginning of Rainbow Land". In the original show, Wisp comes from somewhere unknown already powered up and ready to save the world. It really dives in headfirst.

Our first issue is going to take place somewhere else and it's going to make very clear where our version of Wisp comes from and how she gets to Rainbow Land. World building is one of my favorite parts of writing and the original Rainbow Brite mythos leaves a lot of room for really building out the world. I think that gives us some really unique chances to recontextualize Rainbow Brite without having to change too much of what was there. By the time the first issue is over, longtime Rainbow Brite fans will have already seen a few things they should recognize.


Q: There is a new character, Willow, will she be a major player in the comics?


Jeremy: Absolutely, though maybe not in the way everyone will expect at first. Willow is a friend of Wisp's from back home and will give us some insight into who Wisp is as a person and a character. Willow has a major role to play in the story, but we won't see exactly what that is until a little later in the story.


Q: What familiar characters can we expect to see in the comic book and will any of their names remain the same? (i.e. Twink won’t be called Mr. Glitters like he was in the web-series will he?)


Jeremy: Twink will be there and he will still be called Twink (or Twinkle, as his proper name would have it). Many of fans other favorite characters will be there as well. There will be some name and aesthetic changes as we go along, seeing as there is such a strong '80s spacesuit vibe to most of the original costumes and some of the names wouldn't make a lot of sense to our younger audience (Red Butler being a put on Rhett Butler probably doesn't play as well in 2018 as it did in the '80s), but we aim to keep as much of what was in the cartoons as possible.


Q: Are you able to talk about what Dynamite’s plan is to not only appeal to original “Color Kids”, but introduce Rainbow Brite to a whole new genre and generation of fans?


Jeremy: Sure! Honestly, none of us think there's anything wrong with Rainbow Brite that fundamentally needs to be fixed. Looking back at those original episodes, Rainbow Brite is essentially a magical girl well before that was a popular term in western media. We want to play a little more into that idea. We want Rainbow Brite to be a girl that young readers can see themselves in whose ordinary goodness and extraordinary bravery are the key to saving the day.

As for original "Color Kids" we want to bring back the fun, kindness, and wonder that drew them to the original Rainbow Brite. And for my money, wonder is something that comic books do really well. We don't have a special effects budget.


Q: How many issues will the first arc consist of?


Jeremy: The first arc is going to be five issues, but it will lead right into the next arc. When you finish that first story, you'll want the next one in your hands right away. Which is, of course, the added benefit of a monthly comic. As long as the books keep selling, you'll have a new chapter of the story every month.


Q: Why do you think it is that Rainbow Brite has remained such a pop culture icon for so many years?


Jeremy: Rainbow Brite - like Wonder Woman or Moana - is a character who has extraordinary power and bravery, but is not just a fighter. The world of Rainbow Brite prizes the traits that are often considered feminine (and therefore often disregarded in fantasy and science fiction heroes). Rainbow Brite has magic, but her real strength is in her compassion, her empathy, and her kindness. She doesn't make the world better by destroying, she makes it better by harnessing light and driving back the darkness.


Q: What do you think the fans who have loved her for so long, will be most excited about?


Jeremy: My hope is they'll be excited to have new stories and a chance to share Rainbow Brite with a new generation. As I referenced with my bed sheets, I am just in the right age range to have loved her the first time around and now I have a seven year old and a two year old who will get to share in her adventures this time. I hope pretty soon those original fans will be getting updates from their kids about Rainbow Brite the same way my daughters love to tell me all about the latest goings on in the world of My Little Pony.


With Whitley’s story combined with the art of Brittney Williams (Patsy Walker, A.K.A. Hellcat!, Goldie Vance), the series looks like it’s going to be fantastic and as a life-long Rainbow Brite fan, I for one cannot wait to read it!

In addition to Whitley and Williams, the series colorist is Valentina Pinto with lettering by Taylor Esposito. 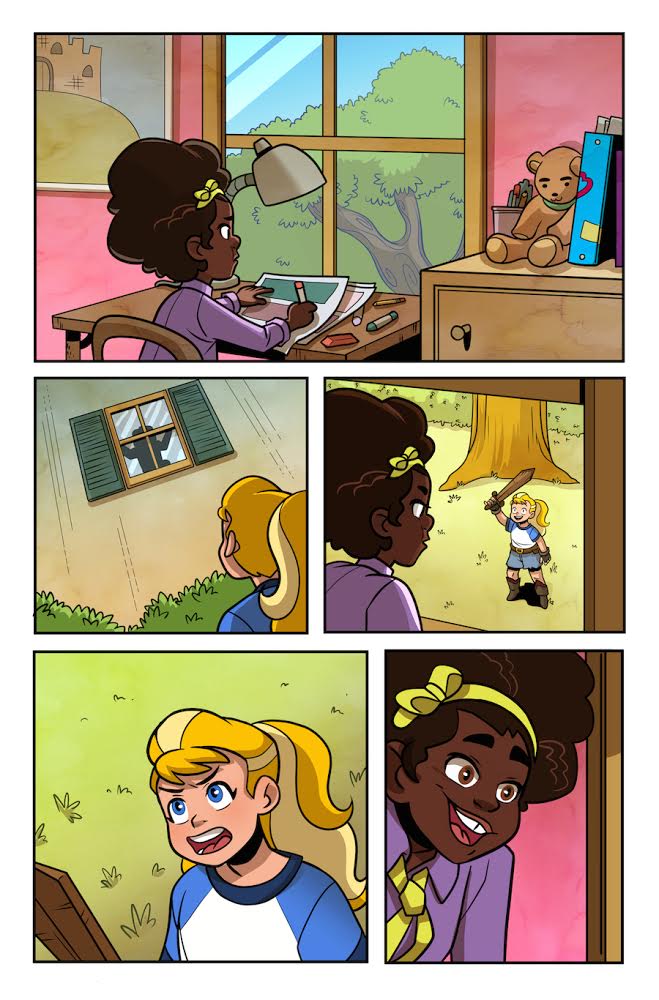 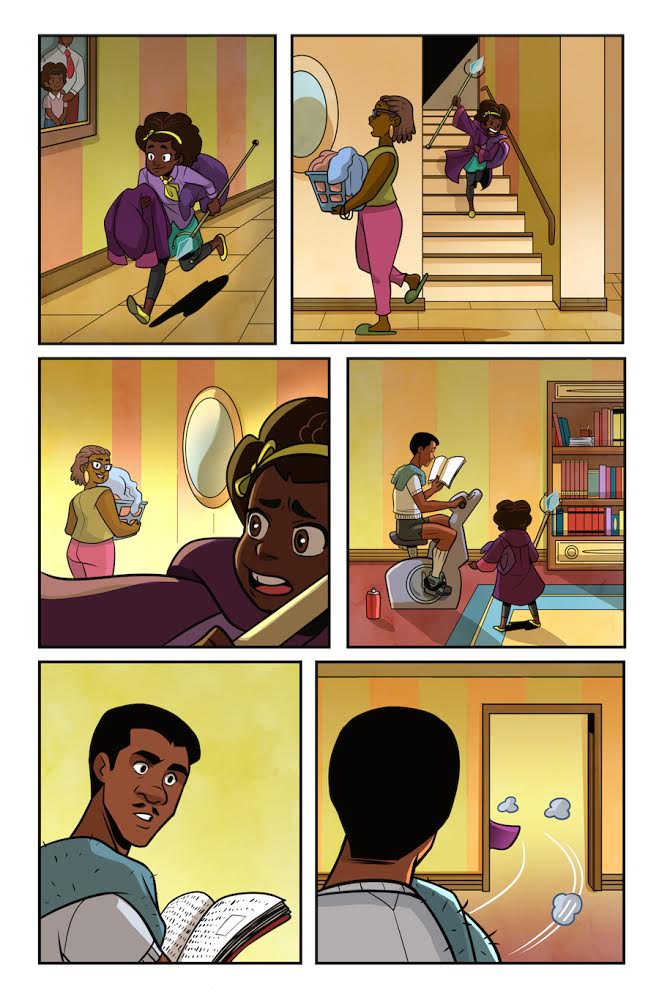 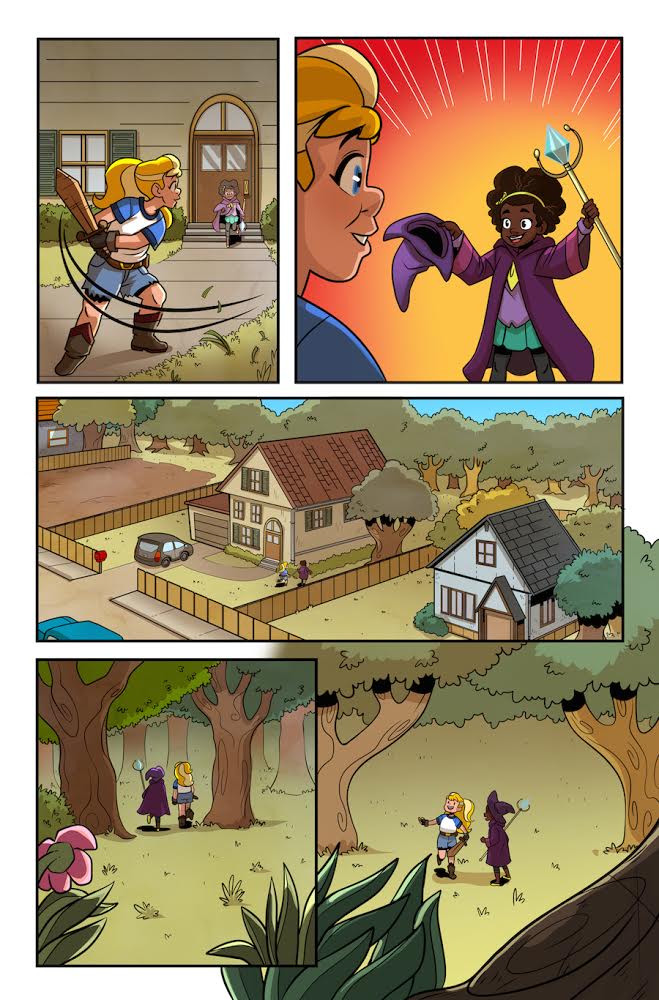 Look for the new Rainbow Brite series to debut in October 2018. Issue #1 will feature 2 variant covers by Paulina Ganucheau and Tony Fleecs. 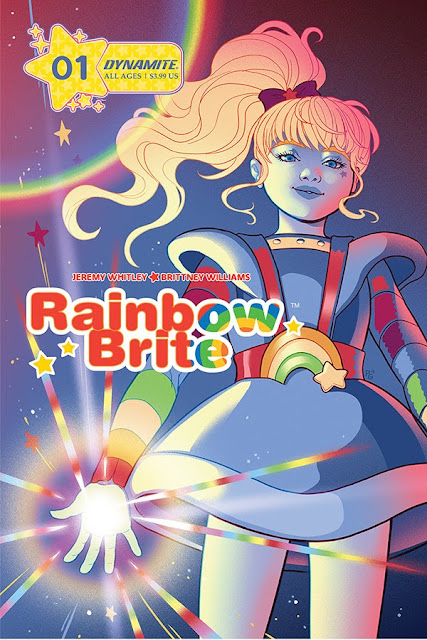 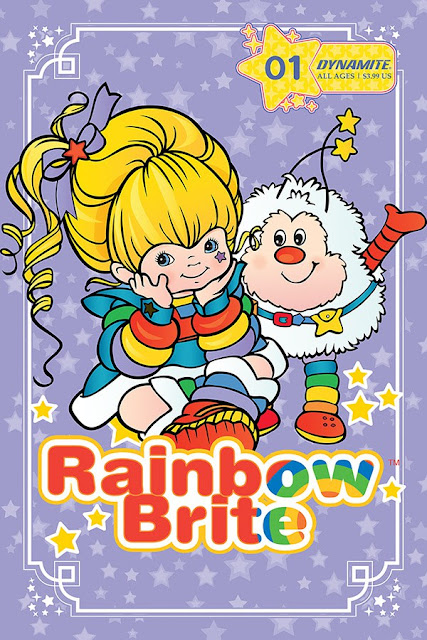 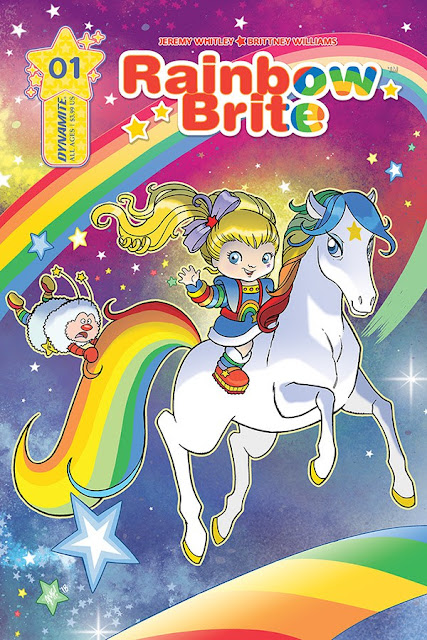