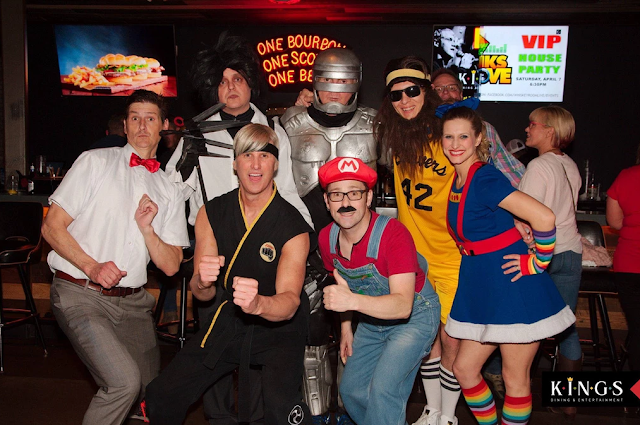 In 1989, the wall wasn’t the only thing that was coming down. A wave of angrier music was rising and soon to be crashing down across America. Nine musicians from the best decade in music went underground. Surviving in karaoke bars, adult theaters, closed dojos, skating rinks, and what few arcades were left, they vowed to bring the '80s back.

Crawling out from under a pile of sweaty flannel shirts, combat boots, and AK-47s, came :


For nearly a decade, they have been keeping the '80s music alive. No longer underground, they can be seen regularly at Nashville’s premiere music venue, Third and Lindsley. Playing only the '80s hit music, the audience is able to dance to the pop and sing with the rock. Able to organize and load out in a moments notice, they can be found playing throughout the region. They know no state boundaries and post their uncoded dates on their Facebook page. Come experience the show that will change your life, or just leave you short the amount of the ticket. Rubiks Groove, the band that 4 out of 5 dentists approve.