The Best TV Themes of 1980s American and British Television 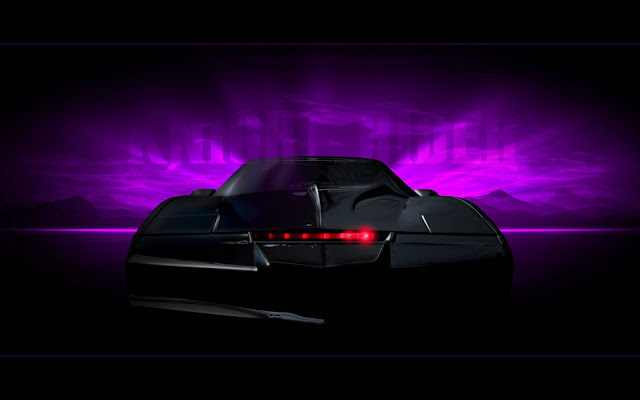 Call us biased, but TV ain't what it used to be in the US or UK...and neither are the theme tunes. So, sit back and be prepared for an eclectic mix of some of the best music theme tunes from our favorite '80s American and British television shows.

Dogtanian and the Three Muskehounds


Top of the list for anyone who watched children’s cartoons during the late '80s and early '90s must be the raucous sounds of the Dogtanian theme tune. “One for all and one for one, musket hounds are always ready”; as soon as the refrain kicks in, it's difficult (even as an adult) to not be caught up in the daring deeds of Dogtanian and the Three Muskehounds.

In the surprisingly historical kid's television show, Dogtanian and his morally incorruptible collection of mutts gallivanted around 17th Century France, adventuring and instilling law and order prior to the installation of a ruthless Republican regime. After the show was invented in Japan under the name The Woof Woof Three Musketeers, its success in the UK also brought it to American TV, and with it, plenty of plaudits from viewers and critics alike.


“You can’t beat a bit of Bully” was the famous catchphrase spoken by Jim Bowen from one of Britain’s most popular TV quiz shows of the 1980s – Bullseye.

In a period where working class sports such as snooker and darts seemed to dominate the UK broadcasting schedules, who'd have thought Bullseye's simple premise would work so well? Darts is a simple enough game to begin with so it stands to reason that Bullseye would follow suit with a straightforward question and answer format.

But that doesn't mean that we weren't on the edge of our seats on a Sunday afternoon. The excitement is palpable when thinking of Pauline from Mansfield winning a speedboat she'd never use - thank you, Peter Kay - and it all starts when that jaunty upbeat theme starts to kick in.

The use of a pub piano as the instrument of choice for the theme was inspired with an uplifting melody that defined and captured the very essence of the show. It's a jolly, spirit-raising tune that really captured what made Bullseye such a hit.

Those looking for a healthy dose of nostalgia can listen to this very tune with this Spotify album that has an array of classic TV themes from our favorite period, or can spin a recent Microgaming slot game 50 free spins made in homage to the quiz show at the likes of Betway.


This next classic TV show's song gave a synopsis of the show from the very outset. The opening line, which goes “Stick a pony in me pocket / I'll fetch the suitcase from the van” allowed viewers to know that this was a story very much set in the East End.

Written by the British comedic legend, John Sullivan, the song was very Chas & Dave. Sullivan had actually intended the pair to sing it with their 'rockney' style but was eventually convinced to sing it himself. The result is perhaps the most memorable song in the history of British comedy.


The Brits didn't have the monopoly on wholesome 1980s comedy with the unforgettable American sitcom Cheers premiering in 1982. Set in a Boston bar, the show's themes of togetherness are nailed on the wall when 'where everybody knows your name' first starts playing.

With a memorable cast of actors including Ted Danson, Woody Harrelson, Kelsey Grammer, and Rhea Jo Perlman involved, the show was a major success. The classic 'will they won't they' love battle between Sam and Diane made huge stars of Danson and Shelley Long as Cheers captured hearts and minds for over a decade.

The show ran for 11 successful seasons and almost 85 million Americans watched the series finale in 1993. But that wasn't the end for these memorable characters. A spin-off followed and Frasier ran for a further 11 seasons with its own truly unforgettable theme tune.

It all began with the great defining theme tune. Written by Gary Portnoy and Judy Hart Angelo and performed by the former, "Where Everybody Knows Your Name" became the show's de facto catchphrase, inspiring a generation of alcoholics in the process.


If you heard the Knight Rider theme tune for the first time today, you'd be forgiven for thinking that it's for a show set in the 2080s. But this NBC classic TV show is about a century younger.

David Hasselhoff's unforgettable portrayal of an undercover LAPD officer turned lone crusader Michael Knight was only topped by that of William Daniels, the voice of his talking car, KITT. Some credit Hasselhoff with ending the Cold War but that would still only be the second most impressive thing he did in the 1980s behind Knight Rider.