Beyond Tradition: Tabletop Games of the '80s 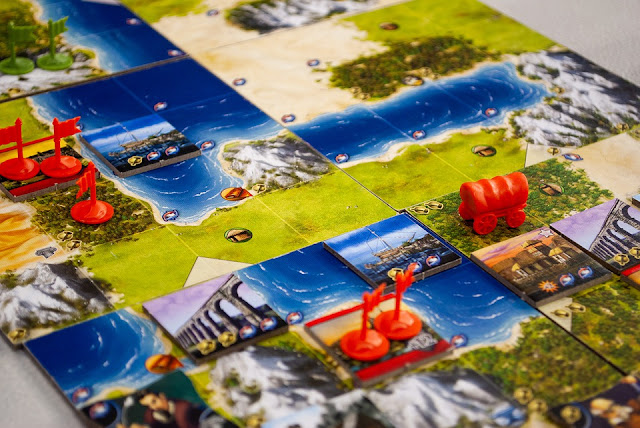 Board or tabletop games have been around for millennia. Starting as early as 4500 BC, the love for games played with a board and a set of figurines has grown exponentially. By the late 20th century, that interest has shaped up into an arduous following.

Flick through the biggest game board portals today and you will see dozens of games that were released in the '80s and won the affection of hundreds of thousands of self-professed geeks.

Some were casual affairs while others excelled in plot and sophistication of the concept art used to bring these games to life. Many of the titles would eventually go on to serve as the basis of some of the most memorable video games as well.

And while everyone waited for technology to catch up, there was plenty to do, courtesy of unique tabletop titles.

Curious enough, in the final two decades of the 20th century, board game fans began to concentrate their efforts on real time strategy games. While today, you can sit down for a quick go at "Brick Party", "Saboteur" or "Splendour", the community back then was keen on the tactical element.

To mark the beginning of the decade, board game designer Francis Tresham published “Civilization” in 1980, which would later serve as the basis of the popular namesake video games series released in 1991.

If you fast forward to 2017, Tresham's game did get an update with a new tabletop version seeing the light of day. Apart from “Civilization,” the ‘80s had other noteworthy strategy intense titles, but the focus veered towards role playing games instead. And so, games such as “The Fellowship of the Ring” (1983) and “Talisman” (1983) were some of the hottest titles you could play.

All of these games were fantastic, but their plots were carved in stone and nothing acted any different than what the cards said. Not unless you were playing "Dungeons & Dragons." 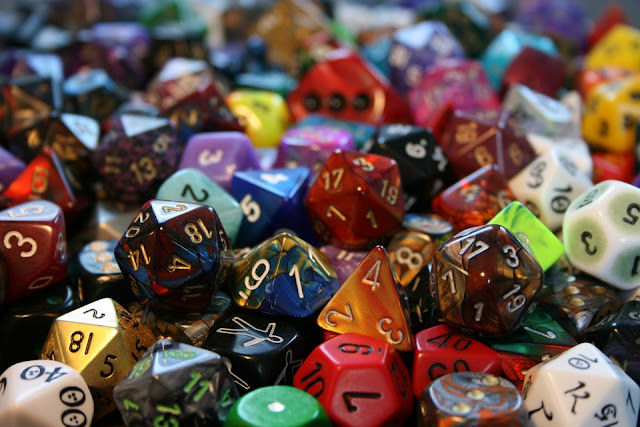 Create Your Own Plot

"Dungeons & Dragons" was released in 1974 and the game quickly gained traction with the board gaming community. To play "D&D," you would need something called a Dungeon Master (DM), a storyteller who helps flesh out the details.

Yes, being a DM at the time wasn't an appreciated pastime, but the good news is that it's booming in 2019. By the '80s, "D&D" has a solid following, even if most players would gather up in cozy basements to play.

This practice gave rise to some popular barbs being directed at the board gaming community, but nothing too serious. The game became one of the most engaging tabletop titles, albeit one of the more difficult to play as well insofar finding a great and willing DM went.

To understand the significance of the game in the ‘80s, Stranger Things featured the game with Mike, Lucas, Will, and Dustin playing the 1983 Expert Edition.

The Basis of All Creation and the Killer Art of Warhammer

Then Rick Priestley and Games Workshop came around with this idea to create a game that will use beautiful figurines to conduct business. Published in October, 1987, the first rule book for "Warhammer" was released. The game was so captivating that it would go on to inspire other games, such as the Warcraft universe. Yet, Blizzard's talent and creativity were too strong to just copy the concept of the game. Instead, one of the most iconic game developers in the world created a world of their own to rival the beauty and sophistication of "Warhammer's" conflict-driven world.

Today both "Warhammer" and "Warcraft" are a far cry from what they started as, having been adopted as multiple video games that continue to make headlines to this very date and claim millions of followers around the world.

The Trading Card Games that Changed the World

The history of board games is tied to that of trade card games (TCG). Board games were all very fine, but card games allowed for many skills to be featured in different games. Part of the reason why TCG's rose to prominence was because of poker, which was historically beginning to build quite the solid following.

Later on, the game of poker would be brought to the Internet, which is exactly what has been happening to TCG games in the 2010s. While online poker in America expanded, the love for card games grew. In 1993, "Magic: The Gathering," a complex card game with a terrific concept, absolutely killed it with its art style and flexibility of builds, offering new ways to play competitive card games.

In 2018, "Magic: The Gathering Arena" – a video game version of the TCG - was released. The game was the first video game iteration of the popular MTG franchise, inspired by Hearthstone, Blizzard's own take on card games. Today, "MTG: Arena" offers $10 million in prize pool money for those who are the most skilled at the game.

And yes, it all started in the ‘80s around the time that board games were beginning to shape up as worthy pastime rather than activity reserved to those who were socially inept.

The Big Board Game Revolution Today

So far as board games go today, they are played by all ages and groups. There is absolutely no limit to the games being played at home, from “Uno” to “Carcassonne” to “Brick Party,” the world is actively playing board games, and there is hardly any critic passed on the activity these days.

Tabletop games are readily featured in editorials, TV shows such as Stranger Things, and the number of board game shops and cafes cropping up around big cities has been quite noticeable.

Even in places where you might think there is no following or a community, there often turns out to be hundreds of people playing, and that's just the best thing about these games. They are not exactly advertised, but if you look, you will find a community to join.

It all started at the end of the 20th century and the trend has been growing. That's good news for you, board game aficionados.
Newer
Older