'80s Food Advertising Mascots That Received Their Own Video Games 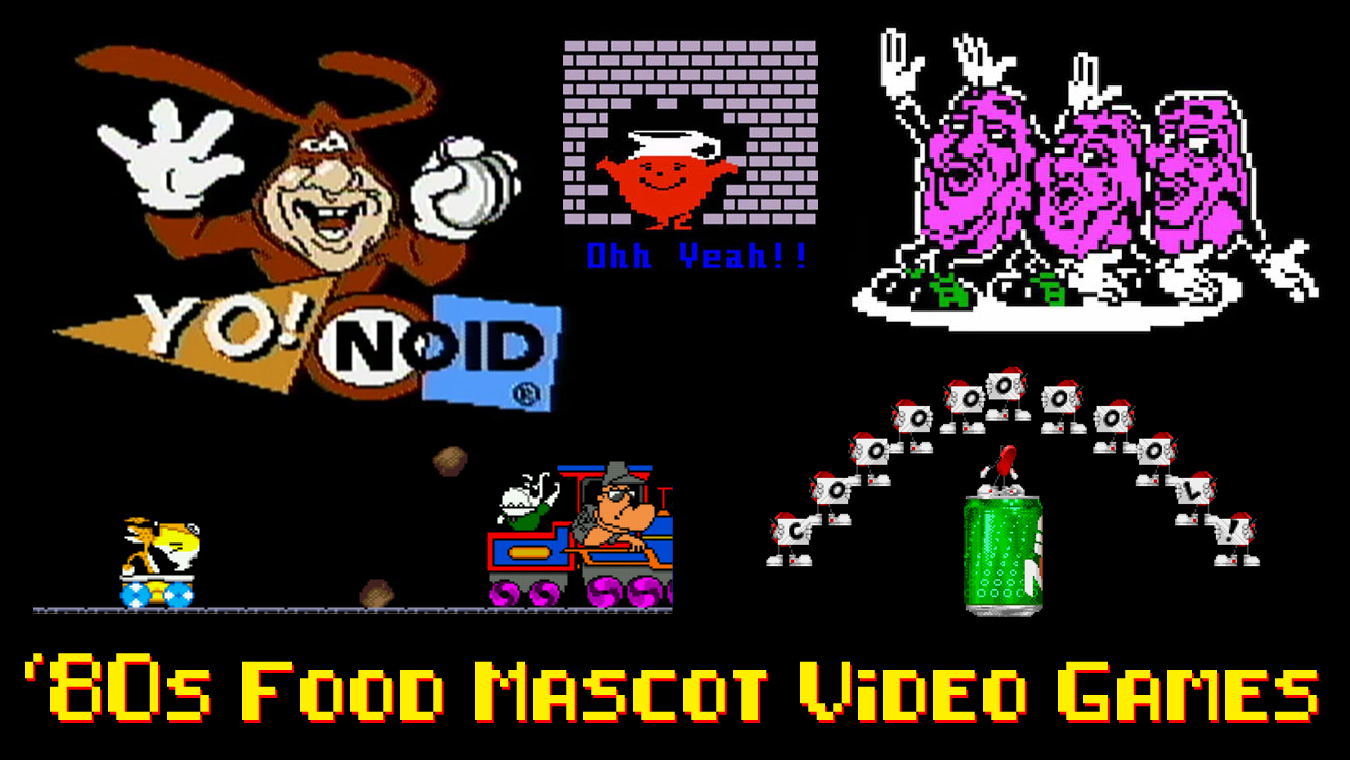 The deregulation of the Federal Communications Commission by President Reagan in the early 1980s opened the floodgates for advertising in children's television programming. Animated shows like G.I. Joe: A Real American Hero, He-Man and the Masters of the Universe, and others became 22-minute toy commercials. Even the 8 minutes of actual advertising during the shows became cartoon themselves with larger than life mascots that continue to follow us through the present day.

Food advertising to kids in the '80s seemed to all feature an animated mascot. From cereal to snacks to fast food, nothing was sold to kids without some imagination. While Saturday morning and weekday afternoon television were the prime time to reach kids, a new market would erupt in the mid '80s that advertisers infiltrated...home video games. From the early days of Atari to the resurgence created by Nintendo, food characters would make the jump from short 30-second television ads to hours of adventure in home video games. And while the ploy was a bit of a risk, it opened a whole new avenue to reach American homes. You can compare it nowadays to how the internet is reaching homes in the modern era through online shopping, sports betting in Pennsylvania, and streaming television.

Let's take a look at how food advertising was taken to the next level with five '80s mascots that received their own video games... 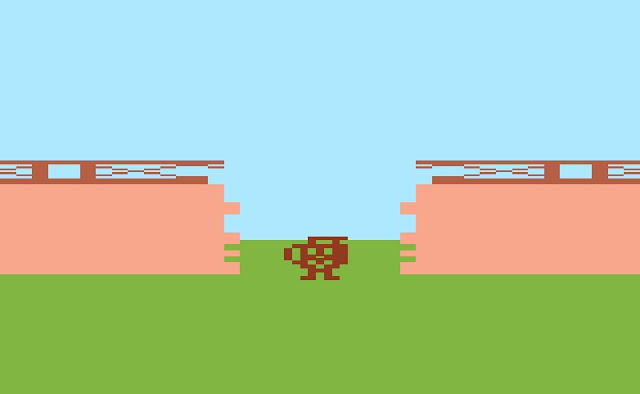 Ohh Yeahh!!! In the summer of 1983, General Foods made an exclusive offer to Kool-Aid drinkers everywhere. Save and mail 125 proofs of purchase points and you'll receive the new Kool-Aid Man video game for Atari 2600 or Intellivision absolutely free! It was a marketing campaign that worked well enough that General Foods would later release the game to retail outlets and consider developing a sequel, but with Mattel Electronics going through massive layoffs, Kool-Aid Man 2 would never happen.

At the height of the most famous pizza destroyer's popularity, Domino's Pizza mascot The Noid starred in two video games. Avoid the Noid was a computer game for Commodore 64 and DOS that debuted in 1989. The object of the game modeled the television commercials as you tried to keep your pizza safe from the antagonist while making deliveries to an apartment building. Yo Noid! which was released a year later in 1990 featured the Noid as the main playable character who is attempting to stop chaos brought to New York City by his evil twin Mr. Green. 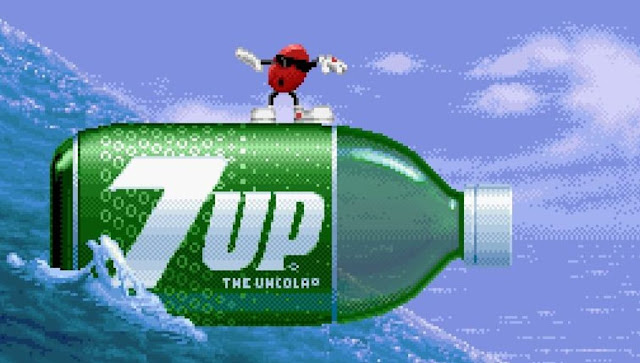 First appearing in 1987, the 7UP mascot Cool Spot grew immensely popular in the early '90s which led to four video games! Spot: The Video Game came first in 1990 to home computers, NES, and Gameboy. It was similar in play to the Reversi board game. Next came Spot: The Cool Adventure for Gameboy in 1992 which was a port of the game M.C. Kids. In 1993 on Sega Genesis and SNES, Cool Spot became a critical acclaimed hit. The single-player platform game enabled the titular mascot to shoot bubbles and rescue fellow spots from cages. It was such a hit that it spawned a direct sequel in 1995 on Sega Saturn and Sony PlayStation tilted Spot Goes To Hollywood featuring 3-D action and battlefronts on such stages as a pirate ship. 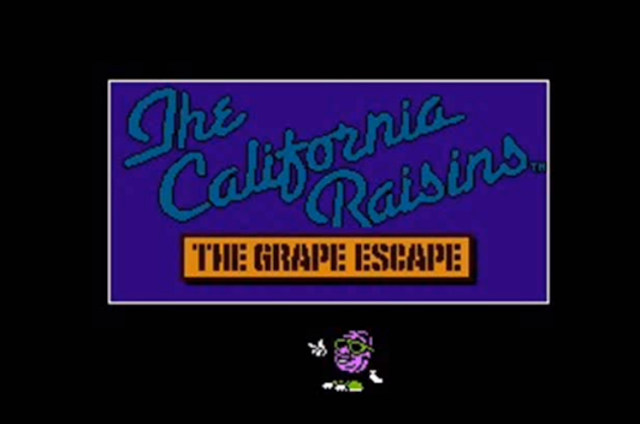 The rhythm and blues claymation vocal group The California Raisins rose to popularity in television commercial broadcast in the mid to late '80s for the California Raisin Advisory Board. The commercials turned into Emmy award-winning TV specials and eventually a 1990 video game yet was never released due dwindling popularity. The California Raisins: The Grape Escape seemed to be finished with a full review (and hints) in the Game Player's Encyclopedia of Nintendo Games Vol. 3.

The coolest cat in food advertising Chester Cheetah made his first appearance for Cheetos snacks in 1987 and continues to appear in television commercials to this day. In 1992, Chester took a dip into the world of gaming with Chester Cheetah: Too Cool to Fool which was released first on SNES and then Sega Genesis. Amazingly, the video game never makes mention of Cheetos brand snacks. A year later, the sequel Chester Cheetah: Wild Wild Quest was released to the same home consoles. Critics gave it average reviews which ended the run of Chester's video game career.
Newer
Older
Powered by