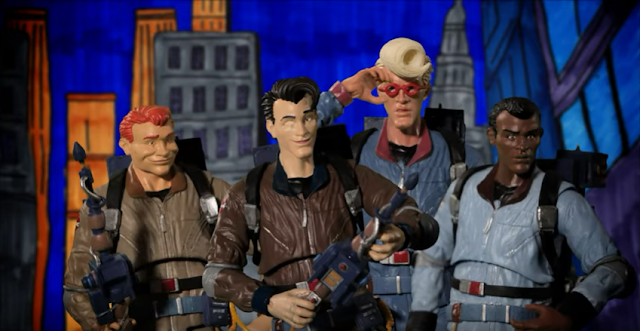 The Real Ghostbusters was one of the most influential and longest-running cartoons of the '80s. Over the course of its 7-season run from 1986-1991, over 140 episodes were produced by DIC Entertainment and 10 waves of action figure toys by Kenner. Beyond toys, we saw the characters featured in everything from video games to power cycles.

The Real Ghostbusters still remains in the minds those who enjoyed the animated series in its original run. Over the last several years, we've seen an unaired pilot promo unearthed, the series reemerge on several streaming services, and Diamond Select create a new line of action figures. Now, the intro to the show has been gloriously remade using new and vintage action figures in stop motion!

With over two months of work and 2,500 individual pictures, Reckless Abandonment Pictures and director Kyle Roberts have brought this fan made tribute to life. Artist Nathan Poppe crafted over 30 hand-drawn doodle images to establish a bright and vibrant backdrop to complement Roberts' use of action figures. The team used a mixture of Ghostbusters toys over the years, from the 1980s nostalgic Kenner figures to the newly released Diamond Select line. They also fabricated their own clay puppet for the walking/dancing ghost!