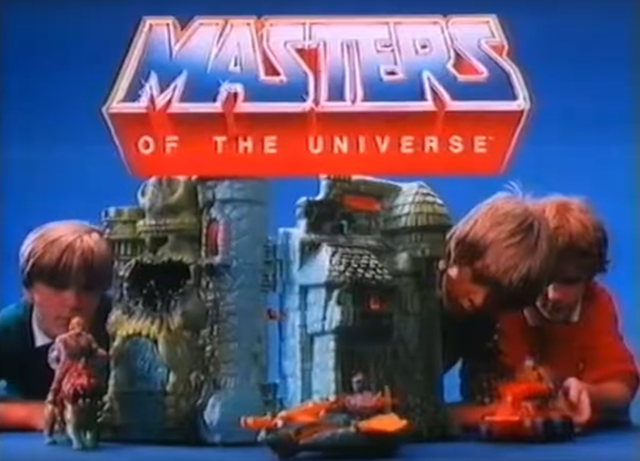 The deregulation of United States FCC laws in the early '80s opened the floodgates for toy companies to market to children in a more prominent way. Cartoons became 30-minute commercials and kids (like me) reaped the benefits of seeing toys in action like never before. Saturday mornings and weekday afternoons became the "prime time" for toy ads, displaying the latest and greatest action figures.

'80s toy commercials put kids in starring roles, playing with the newest figures and showing their sometimes goofy dads all of the features. Marketers also used prominent voice actors to narrate commercials in a way that made it impossible for kids not to beg their parents each time they were at the department store.

But the United States wasn't the only country marketing toys to kids during the '80s. Many countries in Europe were also using television commercials starring kids and narrated by dominated voices to sell toys. Listening to some of these ads now, especially in German, the toys sound even better than I remember as a kid!

Maybe it's because I don't speak the language or just that these commercials have different footage from the American counterparts I fondly remember, but I can't get enough of these German '80s commercials for Masters of the Universe, M.A.S.K., Transformers, and Atari....