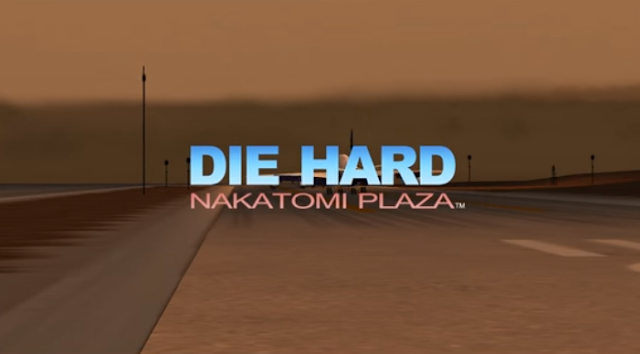 There aren't many things more nostalgia-inducing than revisiting our favorite '80s action movies. However, after streaming the remastered version of The Terminator for the 50th time, we can start getting a little bored with predicting the film. Luckily, there are plenty of seriously replayable video games based on the most iconic films of the decade that are available today through PC game libraries and online casinos. If you're looking for some true '80s gaming, here are the best casino and PC titles based on the Hollywood classics that defined the decade and have lived on throughout the last 30 years.

This adventure PC game originally attracted criticism upon its 2002 release for mirroring the plot of the film almost identically. However, for us '80s geeks, that is what makes this action-shooter worth playing again and again. Naturally, you play the sarcastic, hard-drinking ex-cop John McClane with a goal to fight your way through Los Angeles' sprawling Nakatomi plaza. You must defeat the East German terrorists, save your ex-wife, and live to die another day. There is more to the game than just blowing away baddies and those looking for a challenge will be pleased with the complex puzzle elements of this adapted game.

For those '80s superfans of the Terminator film franchise, the popular online slot version of the second film will not disappoint. Fans can enjoy the original theme music, classic quotes from Arnie himself, and the stunning visuals that helped to skyrocket James Cameron's career back in 1984. What's more, fans can enjoy playing this real-money title online for free, thanks to the latest casino bonuses that provide hundreds of free slot spins for first-time gamers. While the beloved slot title is available at all major online casinos, Terminator fans looking to save money can use bonus sites to find the best free spins for them, along with many other innovative slots that often take inspiration from the classics.

For those who enjoyed the richness of the dystopian world of the original Blade Runner film, this 1996 video game is perfect for exploring it in microscopic detail. It's a point-and-click adventure game that runs parallel to the main plot of the original film, where your job is to stalk the streets of Los Angeles and hunt down dangerous replicants. The game allows you to explore an incredibly rich world, one in which every choice you make will decide your fate. It's one of the few games of this genre that received widespread critical acclaim and continues to be a cult classic.

Scarface: The World is Yours

If you want to step into the shoes of Tony Montana, this hit 2006 Scarface game should do the trick. It's an open-world adventure game set on the streets of Miami, one that regularly receives comparisons to Grand Theft Auto: Vice City. The difference here, however, is that you play as Montana and your job is to establish his crime empire in much the same way that he did. The soundtrack is absolutely unbeatable, while the gameplay itself is chock-full of '80s pop culture references and cheeky nods to the original film. The rich open world also means that you can get countless hours of playtime out of this one.

With these '80s movie-inspired games, you'll be feeding your nostalgia addiction for months ahead. All of them can be played on a PC or Mac via online casinos or digital game libraries, so you don't need to worry about digging out an old game console.
Newer
Older
Powered by