How To Play Retro Games On Your Modern PC 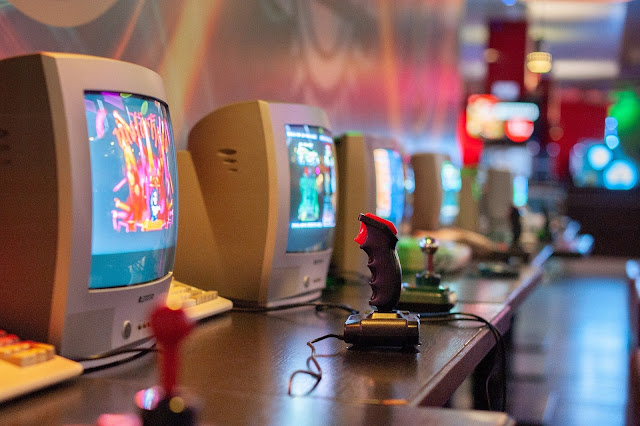 The evolution of video games has been a roller coaster ride for many years. Games have transformed into the story-driven and spectacular graphically designed marvels that we see today from their simpler past. Retro games that we played in arcades and home consoles in the '80s are just as fun and addicting with millions of gamers still unable to leave their seats. And if you want to take a trip down memory lane, you can still play the classics that we know and love since we were kids on your modern PC. Here are just a few that are still just as fun as the first time you played them...

One of the most iconic games that were ever created, this classical game was the embodiment of greatness back in the 80s and it still is after all these years. The gaming enthusiasts behind the MyEmulator.Online platform allows you to relive playing this game and reminiscing all the fun times you had as a kid; it can be done online and without any restrictions. So you can enjoy the game that started this franchise and was the reason behind so many games being created after it.

Another amazing classic that holds a special place in many gamers' hearts, Pac-Man is an iconic character and was one of the most popular ones for its time back in the 80s. This little guy's face can still be seen in a lot of shirts, movies, stickers, bumper stickers, and a lot more. This game might have paved the way to other versions, but this classic will always be something phenomenal to play and you can play it easily from your computer via the online platforms.

The Legend of Zelda has seen a lot of praise at the time it was released in the late '80s and it's still praised and adored by many today. The original Zelda game where you play with the famous Link character can keep you glued to your seat for hours; people who still need to feel that sensation again can still do this and explore the amazing world that you've discovered years ago. Now you can do this again online from your desktop and protect Zelda from the evil Ganon and his minions.

Another amazing classic that was released in 1989, you played as the prince that started in a dungeon; you avoided traps and fought guards along the way. You try to escape to reach the sultan's daughter before the evil vizier could carry out his plot to take over the land. One of the most iconic games that used to need an old floppy disk to play, but now you can bypass that and enjoy it online and remember all the fun times you had years ago.

Gaming is like one of the most common universal languages in the world, so many people can come together and play these amazing games. In the past, people got together and socialized at the arcade, playing some of the best games in the world. You can still play these games today and you won't need any old console or PC floppy disks to start it, so let the nostalgia take over and feel like you're a kid again.