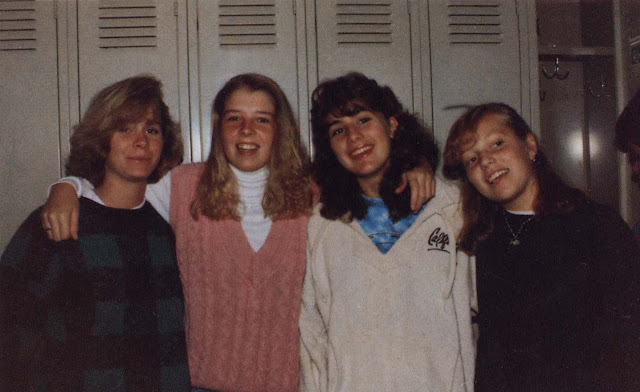 Looking to kick back before entering college or university? Or maybe you like to reminsce about school days from decades past. Nothing can persuade you more that being a student was the best time of your life better than movies. Films from the '80s especially have a breath of careless lifestyle, rebellion, and the first serious relationship. Take some popcorn, gather your friends, or retire into your shell for a few hours of qualitative cinematography.

What can be better than old-school comedies about freshmen? The story tells about the nerds who entered the college but face humiliation and insults from the athletes of Alpha Beta and beauties from the Cheerleaders Association. Gilbert and Lewis decided nothing but to create their own fraternity and fight away all their enemies. Their path to becoming popular within girls fails when they threw a party that resulted in no guests but a herd of pigs. So, the Greek Sports Games is another chance to win a reputation, and show that science is a true way to be the best.

Are you smart enough or keen on reading and learning? Find out how to take advantage of this passion, and forget about being bullied. Robert Carradine’s play won’t leave you indifferent.

Ferris Bueller is a typical popular school student who gets everything without any effort and always knows the answer to the question or someone who can write my essay online in the modern day. However, one day he decides to skip school and organizes a day off for himself. He easily played the role of being sick, so their parents allowed him to stay home. Ferris together with his girlfriend and his best friend goes to Chicago where they have fun. As it usually happens, there is a part of troubles because along with friends, he has many enemies who will do their best to ruin his life.

It is a comedy for future applicants who think popular students’ life is so careless and they can do whatever they want. Find out the truth staying behind. Beware, ladies, young Matthew Broderick broke many ladies’ hearts.

A story about one millionaire Thornton Melon and his son Jason who does not want to enter a college. To change his mind, a father insists that it is the best time of one’s life that he has never had for himself. To prove his statements, Thornton decides to enroll in the college together with Jason, and throws there the biggest parties. He became very popular but still strives to change his relationship with his son for better.

It is the best time-spending for a family, and if you have any doubts regarding your college choice. Rodney Dangerfield shows how modern standup should look like.

Comedies are the easiest to choose but a qualitative horror is a challenging task. A time-honored story about Freddy Krueger can bring some chills. A story takes place around four teenagers who live to the fullest but at one point one by one is killed in the dreams. Their friends and fellow students cannot believe there is a murderer in a city or even among other students at school. But, the truth is darker, a killer lives in one’s dreams and comes to revenge those who are involved in his death.

Take a look at young Johnny Depp and special effects of those times, and be ready to solve the mystery of how to fight such an enemy without using the physical weapon.

A 13 years old Lucas, a nerd and a completely red flag for humiliations gets acquainted with 16 years old Maggie, and immediately falls in love while she is okay with just being friends. He tries to show her the best of science and being a bookish boy. But, all her focus is on football player Cappie. To pursue her dream to date him, she becomes a cheerleader. Lucas does not give up and tries to join the football team as well. A heartwarming end can heat even the most hard-hearted person.

Is there a happy ending? Or, she will go for her crash over a smart and intelligent Lucas. Check this movie out but gather some tissues to wipe away your tenderness. Winona Ryder can steal your heart as well.

We've listed just 5 movies, but you can find more movies and TV shows about students on the IMDb website. You can find the movie by a year, genre, actors, rate and so on. Moreover, you’ll see recommended films similar to the one you are interested in. It is really convenient and informative. Another advantage of the site - an opportunity to read reviews of the films. They help to make a choice and not to waste time on something banal.
Newer
Older
Powered by