The 5 Greatest Guitarists of the ‘80s 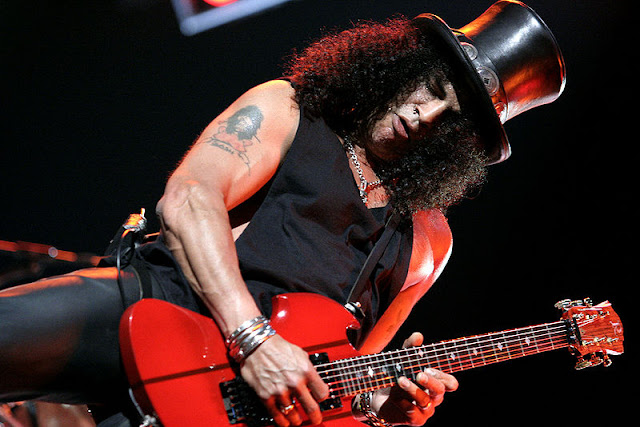 The '80s was one of the best decades for rock music. Bands like Metallica, Motörhead, AC/DC, and Guns N' Roses ruled the airwaves with their face-melting licks that remain unrivaled to this day. This is why we thought it would be important to put together a "who's who" of the best guitarists of the '80s decade. Learn more by reading on for a list of the five greatest guitarists from this era!

You can't talk about '80s rock music and not mention the legendary metal band Metallica. And while you can point to several reasons why Metallica was so successful, all you need to do is listen to the opening riffs of tracks like "Seek & Destroy" and "Master of Puppets" to come to one realization: Kirk Hammett really knows how to play the guitar.


Hammett single-handedly produced the most iconic riffs and licks of an entire era, paving the way for the metalheads of future generations. Hammett's influence has even crossed over to different genres. In fact, avant-garde rock artist Annie Clark revealed in an interview with Rolling Stone that Hammet was the reason she picked up a guitar in the first place.

Because many know of Mr. Big due to mellow ballads like "To Be With You" and "Wild World," Paul Gilbert's guitar playing is often understated. However, make no mistake as Paul Gilbert can shred like the best of them. Listen to tracks such as "Daddy, Brother, Lover, Little Boy" and you'll realize that Gilbert has mastered the art of the guitar solo — a perfect balance of aggression and grace.

The aforementioned track also features a pretty creative use of a drill. This is just another example of how much of a musical genius Paul Gilbert is, as he's managed to incorporate eccentric playing techniques into tracks that are beloved all over the world.

Slash and Guns N' Roses are responsible for the most memorable songs of the decade. In fact, we even included their song "Sweet Child O' Mine" in our list of the Ultimate '80s Guitar Riff Intros Playlist as it features one of the best guitar intros of all time.


To call Slash influential would be an understatement, as he's quite possibly shaped a whole generation of guitar players that grew up listening to his riffs. In fact, companies have even started creating gear inspired by his guitar playing as many seek to emulate his sound. Named after the Guns N’ Roses guitarist, the Dunlop Slash Signature Cry Baby combines a wah pedal with high gain distortion effects, making it easier for would-be rock legends to capture his legendary style. Slash is also one of the only artists with his own signature guitar collection produced by legendary guitar makers Gibson.

Yngwie Malmsteen is the very definition of a shredder. Listen to any of the songs he's made in his 42-year career and you'll understand why he's on this list. Malmsteen is a virtuoso in every sense of the word, as his work often transcends genre due to sheer technical skill.

Today, Malmsteen is just as influential as ever with iconic guitar brand Fender even creating a signature Stratocaster for Malmsteen. This helps fans come one step closer in replicating his iconic licks and replicating his sound as the guitar comes as close as you can get to Malmsteen's signature tone.

We can't talk about technical skills without mentioning Steve Vai. Throughout his career, Vai has manipulated sounds and has bent it to his will. This is evident in tracks such as "The Crying Machine" and "Whitesnake," where Vai performs face-melting guitar solos that very few people in the world can pull off.

It says a lot when a guitarist serves as the inspiration of their peers. And that's just what Steve Vai is: your favorite guitarist's favorite guitarist. In fact, Alice Cooper's Nita Strauss stated in an interview with Loudwire that Steve Vai's epic guitar battle scene in the film Crossroads is what got her into guitar playing in the first place.

Image via Wiki Commons. No changes made to images Creative Commons
Newer
Older
Powered by