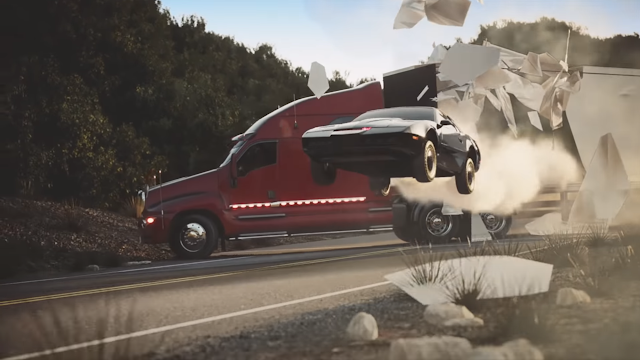 There are only a few network television shows from the '80s that can parallel the legacy of Knight Rider. The adventures of Michael Knight and the Knight Industries Two Thousand supercar are still revered among fans and forever connected to 1980s pop culture. Beyond the original television series, Knight Rider has continued through made-for-tv movies, the Team Knight Rider adapted TV series and the 2008 Knight Rider reboot series.

Knight Rider still remains relevant in the modern day through TV commercials, video games, comic books, memorabilia, and much more. Over the years, we've paid tribute on Rediscover the '80s through a 30th anniversary articles series and showcasing some of the best fan artwork that appreciates the show.

The latest Knight Rider tribute I've found has really recharged my alpha circuit. Cube Animation Studio on YouTube has recently released episodes for a fan-made Knight Rider 2020 series. While the episodes are short, the 3-D animation style looks fantastic and imagines what Knight Rider would look like as say a modern video game. The music, camera angles, and overall feel of these mini-episodes really showcase what we all love about the series.

Watch the first two episodes below titled "KITT vs KARR" and "KITT vs Drones". If you enjoy them as much as I did, consider showing your support on Patreon to help this fan-made project create more episodes!