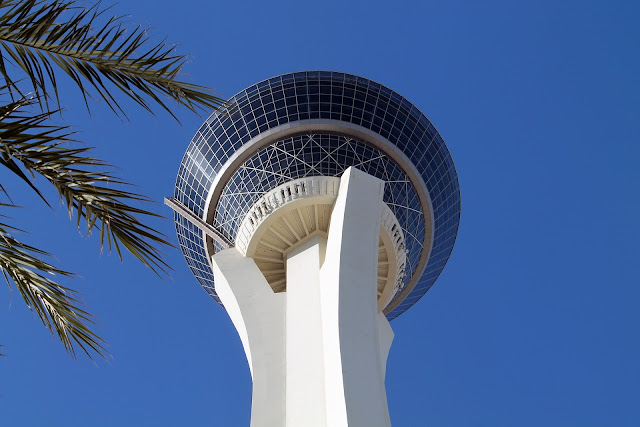 The city of Las Vegas might be relatively small, but it is nonetheless a global cultural superpower, known the world over. The original Sin City is a place that instantly conjures up a thousand different images.

Neon lights, jaw-dropping excess, performing tigers, all-day pool parties, and million-dollar casino jackpots are just a few of the things that immediately come to mind upon the mention of Las Vegas. While some associations with the city are eternal, others are more recent, and arguably more temporary.

Las Vegas has gone through several distinct phases in its long and colorful history. From the early days of 1930s Vegas, when the Chicago mob built the first casinos, to the atomic bomb days of the 1950s, to the grit and decline of the 1970s, and so on.

Arguably the most influential period in the city of the whole city, where quite possibly the most dramatic changes in its history occurred, is the 1980s. This decade saw the city being virtually torn down and rebuilt from scratch in an entirely new image that was more reflective of the emerging values of the time that continue to dominate our culture. Read on to find out exactly how the 1980s changed Las Vegas forever.

First off, it's worth painting a picture of what the city was like before the seismic changes of the 1980s. By most accounts, the city was in a period of stagnation and decline, caught up in the turmoil that rocked the United States during that decade. Las Vegas was dirty, dangerous, and seedy.

Organized crime has a stranglehold on the city, with the violent reign of the mob at the time being immortalized in the Martin Scorsese film Casino. As Hunter S. Thompson's 1971 novel Fear and Loathing in Las Vegas summarizes, the city was a place that attracted the worst elements of society and was more of a place for people who wanted to lose themselves than for people who wanted to simply have a good time.

By the close of the decade, tourism numbers were at historic lows and a huge number of once-iconic resorts were facing bankruptcy.

However, things began to change dramatically almost from the very outset of the 1980s. After the 1981 election of Nevada Senator Harry Reid, who had a mission to 'clean up' the city and transform it into a global entertainment destination, big Wall Street investors began arriving in town. New casinos that had a focus on mega resort-style entertainment, rather than the 'dinner and a show' offerings of the old casinos.

Once-iconic casinos that represented the 'old Vegas' began to enter terminal decline en masse including The Aladdin, The Hacienda, and The Silver Slipper. In their wake came new, massive resort properties that offered theme parks, musicals, high-tech casino gaming, and a dizzying array of shopping and dining.

The Mirage Casino is generally considered to be the first of the 'New Vegas' resorts to open in the 1980s and contains a dolphin habitat, an indoor rain forest, and an artificial volcano that erupts once an hour every night.

Another major development that transformed what Las Vegas was all about in the 1980s was the advent of the internet, which meant that people would soon no longer need to drive to Las Vegas to play casino games. Nowadays, casino fans in the US can easily find the best online casinos and play Las Vegas staples such as baccarat, roulette, poker, blackjack, and craps from the comfort of their home via some of the best online casino sites in the world.

This development has done more than any other to change the nature of Las Vegas.

The 'Disneyfication' of Sin City

Following the opening of The Mirage, a new generation of 'Megaresorts' followed in its wake. The Excalibur Casino opened a few months later, which is designed to resemble a Disneyland castle and features jousting, medieval buffets, World Championship Wrestling matches, and laser tag.

Treasure Island, a resort casino featuring a nightly outdoor pirate battle in which real ships are 'sunk' in front of huge crowds, followed soon after. Then came the Stratosphere, a casino resort housed inside a 1,149-foot high tower with main attractions that include bungee jumping and abseiling.

By the time the 1990s were in full swing, the old adage of 'Sin City' could no longer be applied to Las Vegas, as the city had been transformed into a family-friendly vacation destination to rival Disneyland.

The 1980s changed a lot about American culture, and nowhere is this shift more evident than in Las Vegas. Today, the legacy of the 1980s continues to define Las Vegas, and will likely shape its future growth for decades to come.
Newer
Older
Powered by