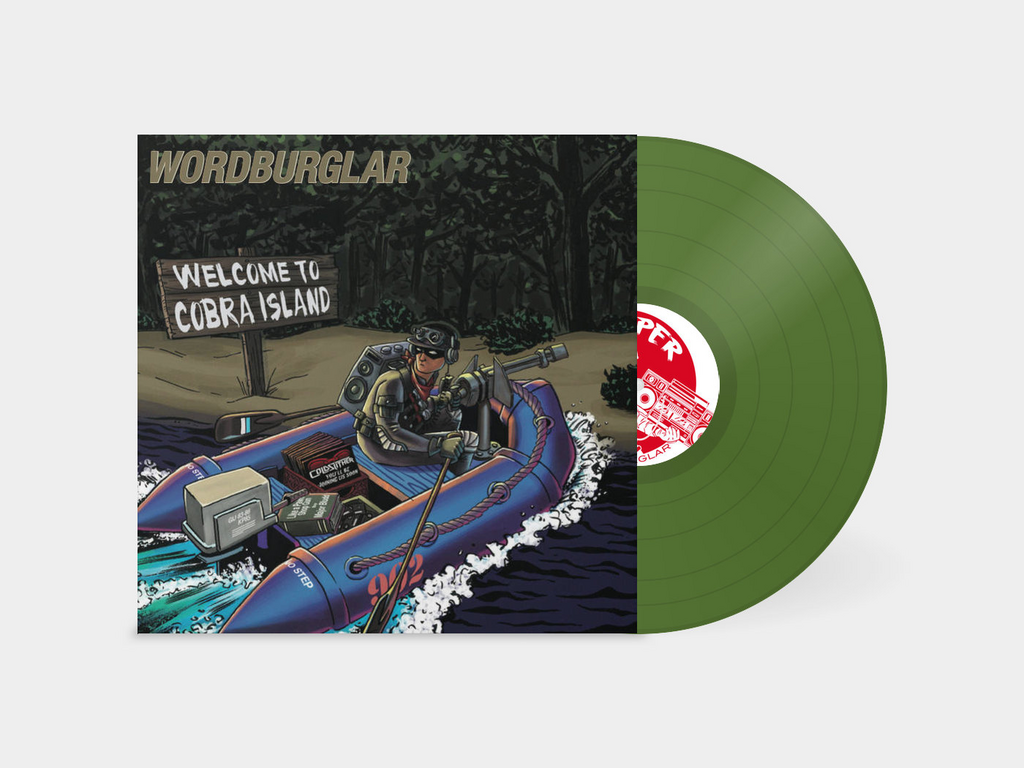 Yo, Joe Collectors! Wordburglar's G.I. Joe-inspired album Welcome to Cobra Island has a new campaign for a vinyl release! Way back in 2013, I first discovered the hip hop concept album and was instant nostalgia to my ears. "Burgie" even released a music video for the track "Rap Viper" from the album which is a Cobra fan's dream sequence of him flying Rattlers and having a hooded Cobra Commander on the turntables.
On the heels of the recent G.I. Joe: A Real American Hero vinyl soundtrack announcement, I was very excited at the opportunity to acquire Welcome to Cobra Island on vinyl. A Bandcamp campaign just kicked off today and as of this article's release, it is already 35% funded. You can snag the vinyl album for just $19 plus get some awesome perks like digital comics and an autographed pressing by pledging to higher campaign levels.
Visit the Welcome to Cobra Island Vinyl Campaign now on Bandcamp to support and pick up what will be a G.I. Joe collector's item. If you require further enticement, watch the aforementioned "Rap Viper" music video and stream all tracks from the album below...
Newer
Older