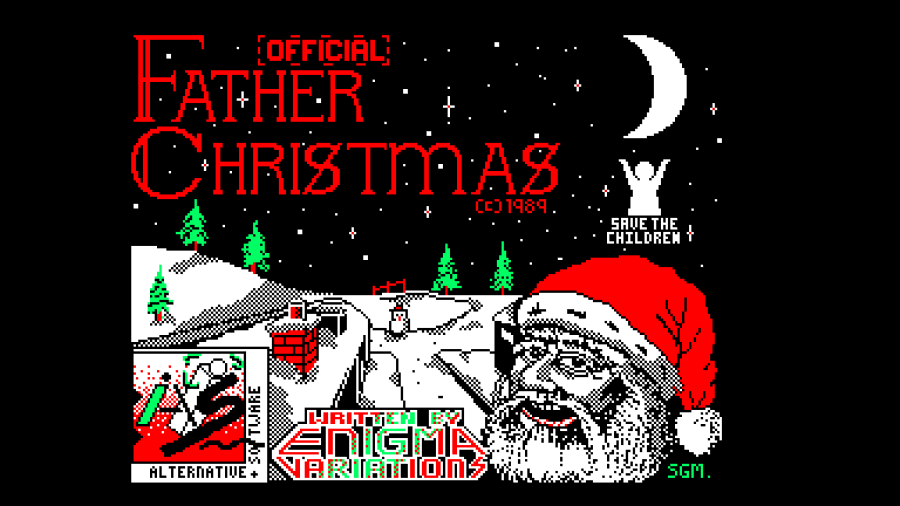 All throughout the '80s, video games were added to children's lists for Santa. Early gaming companies like Atari pushed their latest video games in television advertising to capture kid's attention. The E.T.: The Extra Terrestrial game is infamous for rushing production to have available for the 1982 Christmas shopping season which is why most rank it as one of the worst games. As the industry changed and Nintendo rose to the top, the Christmas season would continue to be a meaningful time to advertise video games.

But what seems strange is there never seemed to be many Christmas themed video games developed in the early history of home consoles and computers. Maybe it was because companies like Atari and Nintendo assumed kids wouldn't be excited to play Christmas themed games throughout the year. Looking back now, my guess is kids would've really enjoyed playing Christmas games had they known they existed.

Here are six Christmas themed games released in the '80s that you might not remember: 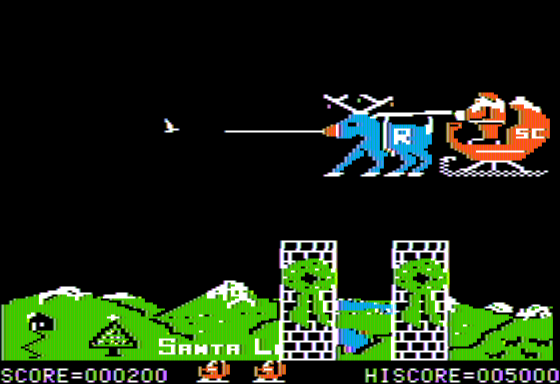 Released by Energy Games for Apple II in 1981, Santa's Sleigh Ride was a one player game where players controlled Santa's sleigh led by Rudolph. The goal wasn't to deliver packages however, but to survive the trip by shooting down birds, stars, and other objects in the night sky with Rudolph's laser nose. 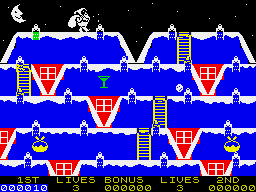 Published By Icon software in 1984 for ZX Spectrum, Merry Xmas Santa was a simple 2D platform game where players take control of Santa to visit chimneys. He must jump across rooftops and avoid falling icicles to complete each stage. Should Santa lose his life, he would turn into a Christmas tree. 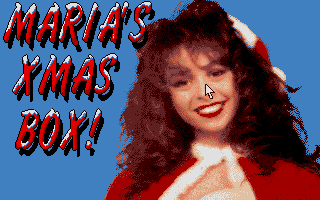 If you were on the naughty list and liked Casinos with Christmas Bonuses then Maria's Xmas Box! was the game for you! Released in 1988 by Anco Software for Atari ST, Amiga, and Commodore 64, Maria's Xmas Box! was a game of strip poker between you and UK model Maria Whittaker. Your Christmas bonus was that Maria would remove clothes as you defeated her in hands of poker. While similar games featured models removing all their clothes, Maria did keep a little bit of dignity if you managed to win the game. 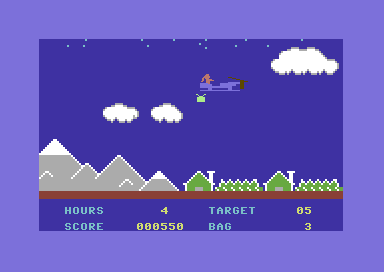 Released by Creative Sparks for Atari 8-bit, Commodore 64, and ZX Spectrum, Special Delivery: Santa's Christmas Chaos was a side-scrolling adventure where players fly Santa's sleigh and try to both collect and deliver presents. Players must also avoid presents from the Red Devil and any low hanging clouds or mountains. 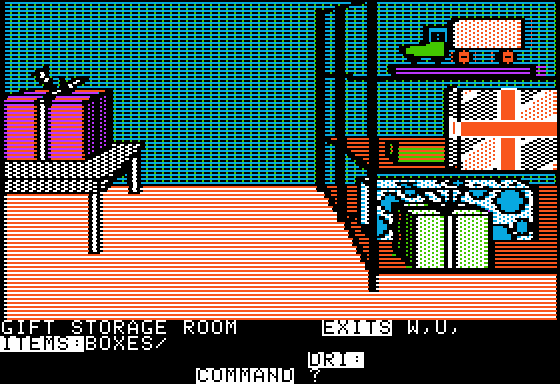 Released for several computers like Apple II, Commodore 64, and Atari 8-bit, A Christmas Adventure was a customizable adventure game where players visit Santa's home and help him save the holiday season. Exploring Santa's workshop by using two-word commands, players help eliminate evil elves and save Christmas. 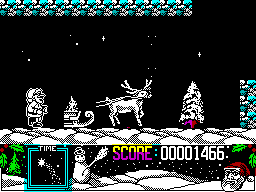 Published by Alternative Software Ltd. for ZX Spectrum, Amstrad, and Commodore 64, The Official Father Christmas featured Santa rushing to deliver presents on Christmas Eve. Players first collect pieces of Santa's sleigh while avoiding elves which will cause you to lose the piece and must be found again. The player then chooses six presents for their wish list that Santa will then collect as they fall from the top of the screen. Finally Santa delivers the presents through a side-scrolling adventure by dropping them with parachutes to the homes below but clouds and planes can knock them off course.

Do you remember any from our list above or other Christmas themed video games? Leave your memories in the comments below.