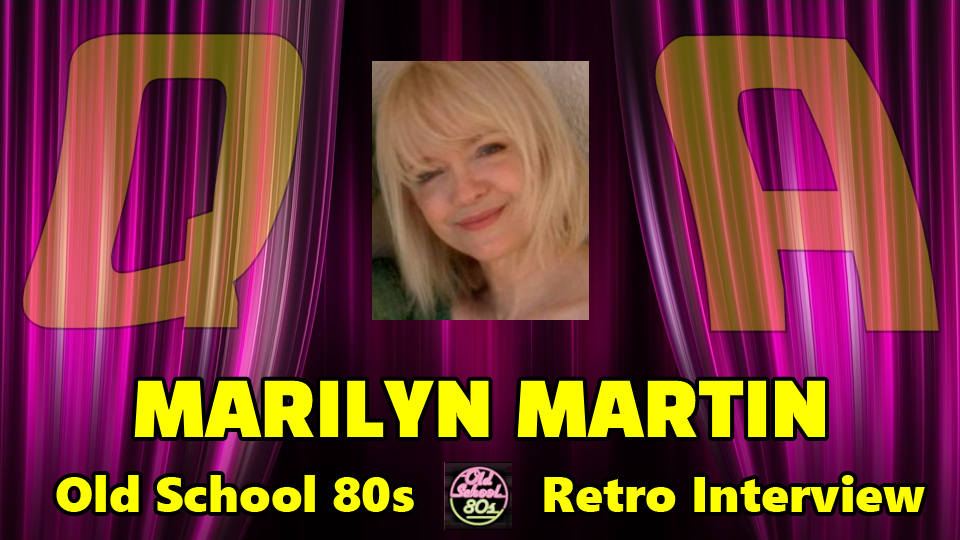 (This interview was originally published February 2, 2013 on the now-retired Kickin' it Old School blog. It is one installment in an incredible series of interviews we are republishing on Rediscover the '80s for posterity and your enjoyment. These are more than just interviews in a way; they are more like '80s timelines or oral histories on their respective subject matters. Please keep in mind the original date because some content could be specific to the time of the interview, though the majority should be timeless and totally rad.) 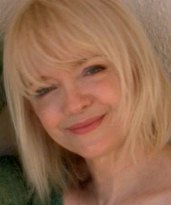 This time that awesomeness is Marilyn Martin. She is likely best remembered for “Separate Lives“, her 1985 duet with Phil Collins. In addition, she had a couple solo albums of her own, sang background on a couple other '80s hits and has a new album out now. Find out some additional details about her, “Separate Lives” and more as we get on to some selections from my interview with Marilyn Martin…Q: When did you know you wanted to be a professional musician? When did your big, beautiful voice begin to get attention?

Marilyn: I always wanted to sing but I never really thought I would have the opportunity to do it professionally until I got the invitation to join a band when I was 18. I started getting attention when I was about 5 years old, but I think it was mostly because I was so shy that people were surprised when I actually uttered sound.

Q: When and how did you get your own start in the music industry? Please tell us a little about what you did earlier in your career. 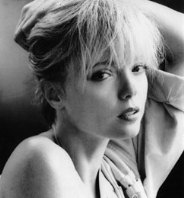 Marilyn: I sang in church, school, ball games… basically any venue that would let me. Then a friend suggested I try out for a band she knew that needed a lead singer. That band led to another, where I met my husband [Greg Droman]. We were playing a club in Miami when we met Joe Vitale, the drummer for Joe Walsh, and he got us on the 1983 Joe Walsh tour co-head-lining with Stevie Nicks. Miraculously, I got to sing background vocals with Joe and Stevie! Being in that environment brought about introductions to producers and label execs, and that eventually led to my own record deal.

Q: Please tell us about how the Phil Collins song “Separate Lives” became a duet and how you ended being the one to sing it with him. Had you ever met or worked with Collins before that? 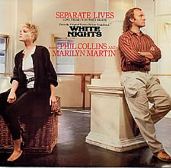 Marilyn: I was signed to Atlantic records just before Phil turned in his 'No Jacket Required' album. He had recorded “Separate Lives” and loved the song but it didn’t seem to fit the rest of his album. When Doug Morris, the label head, heard it he thought it would make a great duet. To this day I haven’t a clue as to how he convinced Phil to sing it with me, but thank God he did! The first time I met Phil was the night before I was to record my half of the duet. A friend arranged a dinner for us with Phil at Eric Clapton’s house… what an amazing night, Phil and his wife, the Clapton’s, and my friend and me!

“Separate Lives” was part of the soundtrack for the 1985 film White Nights and was actually written by Stephen Bishop. He wrote the song about his breakup with actress Karen Allen who he met when they were both in Animal House (1978). The duet is heartbreaking and beautiful at the same time and became a worldwide success. It went on to reach #1 on the Billboard Hot 100 in November of 1985 and also received an Oscar nomination for Best Original Song losing that award to Lionel Richie’s “Say You, Say Me” from the same film. Here is the video for “Separate Lives” by Marilyn Martin & Phil Collins…
Q: What can you tell us about Phil Collins as an artist and your experiences working with him? 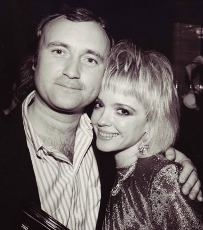 Marilyn: Phil is perfection! I was around him for a long period of time when we filmed the video and he was very kind and extremely focused. When I began work on my album he sent a cassette of some songs that he thought I might like to record… so thoughtful!

Q: What were your thoughts about “Separate Lives” when you first read it? Did you have a feeling that the single was going to be something special and have the success that it did? 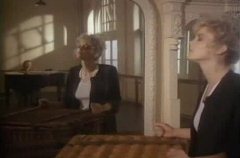 Marilyn: I was so thrilled to have been given the chance to sing such a beautiful, touching song with someone I idolized professionally! Since it was a song for a movie soundtrack I don’t think I thought of it in terms of commercial success.

Q: Any other interesting memories or details regarding recording or performing “Separate Lives”?

Marilyn: Well, I don’t know if it’s interesting or not, but the first day in the studio I had a blistering sore throat and an oncoming cold. I was so afraid I was going to lose my voice!

Q: How did you feel about the song when you heard the final recorded version produced by Arif Mardin back in 1985? Do you remember the first time you heard it on the radio? 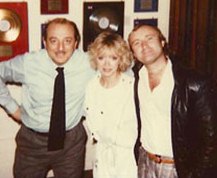 Marilyn: I felt incredibly humbled. I was driving on the freeway in L.A. when I first heard it on the radio and it felt so strange, like a dream… it almost didn’t register that that was me.

Q: What are your feelings regarding “Separate Lives” now 28 years later?

Marilyn: Still incredibly humbled. Maybe more so now that I look back on it. Being caught up in the excitement at the time was life at its best, but looking back at the miracle that I was blessed with is a confirmation of the greatness and goodness of a very generous God. 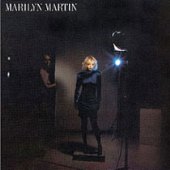 Martin then released her self-titled solo debut album in January of 1986. It was a moderate success with the single “Night Moves” peaking at #28 on the Billboard Hot 100. She released a second album in 1988, but that found less success. Prior to her success with “Separate Lives”, Martin’s voice could be heard performing background vocals on some other big hits of the decade.
Q: You toured with Stevie Nicks and also sang background vocals on her 1985 Rock A Little album. What can you tell us about Stevie Nicks and your experiences working with her over that period of time? 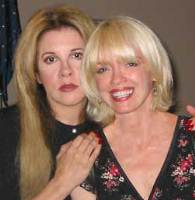 Marilyn: Stevie is one of the most passionate, kind-hearted people I’ve ever met! Watching her night after night give every ounce of raw emotion to her performance was so inspiring. She wove such a mystical persona, but she’s very down-to-earth.

Q: How did you come to sing background vocals on the Kenny Loggins 1984 hit “Footloose”? Did you have any idea at that time that it was destined to become such a hit single?

Marilyn: While on tour with Joe [Walsh] and Stevie, we played a show with Kenny Loggins and a few months later Kenny asked Ricky Washington, Joe’s other background singer, and I to come sing on “Footloose”. All we knew at the time was that it was a killer song for a movie!

Q: How did you come to sing background vocals on the Tom Petty 1985 hit “Don’t Come Around Here No More”?

Marilyn: That was SO cool! My friend Sharon Celani and I were working with Stevie on her Rock A Little album when one night we get a call to come put some background vocals on a song for Stevie. At that point it was just a track, no lead vocal yet. Stevie ended up deciding not to record it so Tom laid down the vocal himself, keeping our backgrounds… what an amazing surprise!

“Footloose” was released in January of 1984 and by March it reached #1 on the Billboard Hot 100 holding the top spot for three weeks. The song was co-written by Dean Pitchford and Kenny Loggins and was the title track for the blockbuster film. [Revisit our interview with Dean Pitchford]
“Don’t Come Around Here No More” was released in February of 1985 and eventually peaked at #13 on the Billboard Hot 100. The song was co-written by Tom Petty and Dave Stewart from the Eurythmics with the title actually coming from the words Stevie Nicks said after she had broken up with Joe Walsh.
Q: You worked with David Foster on a song for the Stealing Home soundtrack. What can you tell us about Foster and that experience working with him? 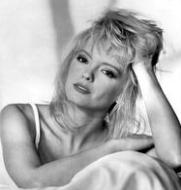 Marilyn: That was my first experience recording in Nashville. His girlfriend at the time was a Hee Haw (the country variety show) alumni and was filming a reunion show in Nashville so David decided to record “And When She Danced” there (I should say here because I live in Nashville now). What else can you say about David… he’s a genius!

Marilyn: '80s music had a huge impact on me because it played an integral part in my lifetime dreams being realized. You know how songs can take you right back to specific times and places in life? Most of my fondest memories are time-lined with music from the '80s.

Q: Please tell us a little about where your music career has taken you since the '80s. How have your priorities or goals changed over the years? What are some of your proudest professional accomplishments? 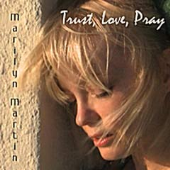 Marilyn: After my two solo albums, I needed to do a bit of soul searching, so I turned down the option Atlantic had given me to do a third album. I was so proud of “Separate Lives”, but it seemed like I wasn’t capturing that kind of honesty in my music anymore. I finally started writing and singing again and what evolved was spiritual music. My proudest accomplishment so far is my new project, Trust, Love, Pray, because the songs were written purely from my heart. I had no agendas, no thoughts of whether or not what I was writing would be marketable… just finally singing and writing for the sheer love of it.

Q: What else is Marilyn Martin up to nowadays? Musically and otherwise? What can we expect in the future? Any remaining ambitions or regrets?

Marilyn: Well, nowadays mostly I’m trying to figure out how to market my new album. I have eight songs partially finished for the next one that I’m anxious to get back to, but I really want to focus on getting Trust, Love, Pray off the ground. As far as ambitions go, one of my goals is to learn to play piano this year because one of my biggest regrets is never having learned to play an instrument.

I am very pleased that Marilyn was able to take some time to answer some questions so I could share them with you here. You can find out more about her at her official Marilyn-Martin.com website. I want to take this occasion to again thank Marilyn Martin for her contributions to '80s pop culture especially through “Separate Lives” and, even more, for going back to the '80s with us here for a little while as well.

Follow @OldSchool80s on Twitter for a daily dose of '80s nostalgia and read more Retro Interviews on RD80s.
Newer
Older