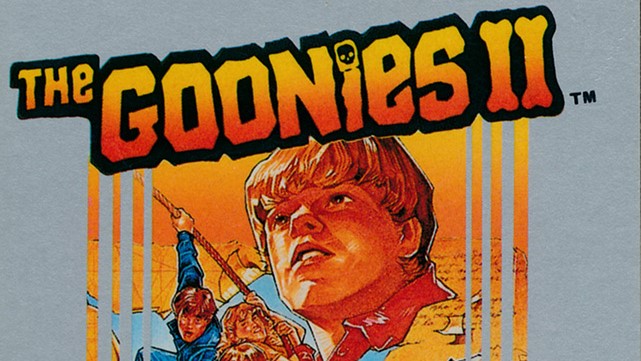 Movie sequels have always been hit or miss with their original films (and if I'm being honest, more often misses.) Typically, it seems that movie studios just want to cash on the popularity of blockbusters films. While sequels typically don't measure up to the original, fans are enticed mainly to continue the adventure or find out more about their favorite characters.
Sequels are sometimes planned from the beginning but either the original film does not do well enough at the box office to warrant more films or creators can't agree on what direction to take the story. Luckily, fans can find other outlets to immerse themselves in their favorite films. Novels are often the best place to find sequels to movies or even additional information about the original film. Comic books are also a source for movie novelizations and sequels to popular movies.
In this article we will explore another movie sequel outlet: video games. Yes, several films from the 1980s have received sequel video games over the years. While comic books and novels can go deep into world building, video games give fans a more immersive experience by often taking control of their favorite characters.
Let's take a look at some video game sequels that continued the story of popular '80s movies.

A sequel to the 1985 film The Goonies has been rumored for years. In fact, Fox just recently scrapped an idea to make a Goonies television series. But where Hollywood has failed, Konami succeeded. In 1987, The Goonies II (as known as The Goonies II: The Fratellis' Last Stand was released for the Nintendo Entertainment System.
The game features an original story that follows the events of the feature film. The evil Fratelli family has broken out of prison and kidnapped all the Goonies except Mikey who the player controls. The Fratellis have also kidnapped a helpless mermaid named Annie which you must free. The "Metroidvania" style platformer featured a large map, first-person exploration of rooms, and side-scrolling battles.

The 1983 film Scarface, which is highly regarded as a cult classic, received a de facto video game sequel in 2006 for PlayStation 2, Xbox, and PC. Scarface: The World is Yours actually changed the ending to the movie in which (SPOILER) lead character Tony Montana dies. Instead, players take control of Tony in an attempt to regain control of the drug trade in Miami.
Al Pacino allowed his likeness to be added to the game and hand-picked the voice actor to replace him as he felt his voice had aged too much. Scarface: The World is Yours was a commercial and critical success with reviewers comparing it to entries in the Grand Theft Auto franchise. While the odds are likely higher at online casinos usa real money than they are to get an actual film sequel to Scarface, this video game at least allowed fans to play around for awhile in Tony Montana's world.

While we are on the cusp of receiving a film sequel to the original Top Gun film, the franchise received a video game sequel in 1990 for the Nintendo Entertainment System. Top Gun, The 2nd Mission featured Maverick and his F-14 Tomcat on a new mission which involved destroying Russian prototype aircraft.
Critics praised the game for its improved graphics from the original NES game, adding music during the game, and an easier carrier landing sequence compared to the original.

Another film franchise that is set to release a new movie is Ghostbusters. While fans eagerly anticipate the release of Ghostbusters: Afterlife, most still pine about a third movie from the '80s film franchise that never happened. And while another sequel never happened in theaters, the actors did reunite in 2009 for Ghostbusters: The Video Game. It quickly became "Ghostbusters 3" to most fans, picking up two years after the events of Ghostbusters 2.
All four of the main actors and several supporting actors lent their voices and likenesses to reprise their roles. The third-person shooter gave players control of all the ghostbusting gear to rid New York City of paranormal activity once again. The game still remains popular among fan that it now has a remastered version for current consoles like Nintendo Switch, PS4, and Xbox One.
Those are just a few movies from the 1980s that have received video game sequels. Add to the list by leaving your choices or reactions to our choices in the comments.
Newer
Older
Powered by