Whilst sitting down to a session on the original Space Invaders is great, sometimes you want all of the bells and whistles of today's technology, with that comforting '80s vibe. Thankfully there are plenty of game developers who've made it their life's work to bring you exactly that. Whether it's a classic arcade-style game that you can play through the modern wonder of the internet or an '80s style super-sleuthing game that would be inconceivable on the NES, we've rounded up the very best modern '80s video games here.

At RD80s, we've written several comprehensive guides on video games that were actually from the '80s, but lately, there's been a real trend for recreating that '80s feel on a modern-day platform. Back in the '80s, it would be the norm to play on an arcade-style machine and there are several developers who have extended this retro feeling to their own slots library.

Casinos.co.za cherry-pick only the best online casinos on a wide range of criteria including safety & security, deposit & withdrawal methods, availability depending on location, and of course, the variety of games available. The websites that are recommended provide an enormous variety of slots games, with a surprising number of online slots with an '80s feel.

The Super Eighties is a slot game that features heavily on the repertoire of most of the available casinos. This slot encapsulates everything that was brilliant about 80s gaming. The reels feature iconic '80s images like a hot red Camaro, barbie pink stilettos, an old-school gaming joystick, and more. The whole feeling is rounded off perfectly with a neon-colored theme and a clanky '80s theme tune, reminiscent of some of the 4-bit themes from classic retro games.

Paranormal Detective: Escape From the Eighties

If you love the sheer cheese of '80s detective movies then you'll adore Paranormal Dectective: Escape From the Eighties from LunaBeat. The game is set in 1987 and asks you to find out what really happened to missing teen Corey Savage. He seemed to vanish from the face of the Earth, until his parents discovered the television in his bedroom humming with a strange intensity and his Game Glove positively glowing. It looks as though this discovery might provide an important clue to Corey's whereabouts. 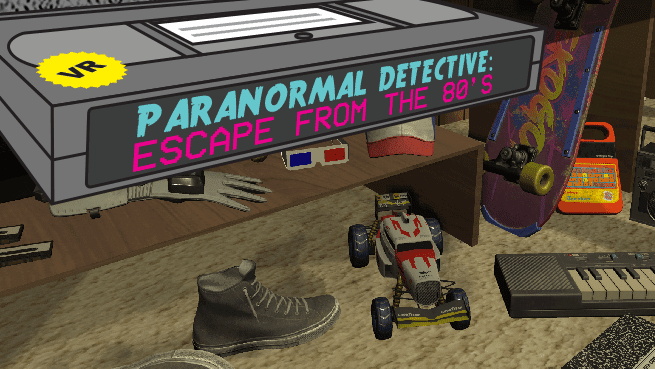 The storyline has a couple of twists and turns which will certainly keep you interested, but the real selling point is the out and out '80s vibe. The game is escape room in style and features hundreds of fully interactive scenarios for you to find your way through. The theme tune is almost worthy of its own release, you'll be guaranteed to be humming it for hours. Best of all though, is that this game is totally Virtual Reality compatible. It works with an Oculus Rift headset to deliver you an amazingly immersive experience. Whilst the game was only released last year and the developers are still relatively young, the polish of the finished article suggests there'll be many more incredible titles to look out for from them in the future.

If you like your games to stick a little more faithfully to what was actually around during the '80s then it doesn't get much more faithful than Hotline Miami. This high-octane combat game will have you on the edge of your seat like only a session on the SEGA could previously have done. Unlike in so many of today's video games, in this game, you'll be playing the antihero. You'll embark on a one-man quest to destroy the more than slightly dodgy underworld of Miami. In a slightly creepy twist of fate, you'll be carrying out these orders on behalf of your murderous answering machine. It's a little unsettling, but it's brilliant fun.

The gameplay is boiled down to the simple controls and combinations that '80s gamers will be used to. We already know that the Street Fighter style is hard to put down, so be prepared for some mega sessions with this game. As you progress through the fight scenes, your character will begin to wonder what is driving him to behave in this way. A little introspection is an interesting thing to find from a game that relies so wholeheartedly on bloodlust, but the lightning-fast fight scenes and the pumping soundtrack should be more than enough to keep you focused on the task at hand, rather than the beckoning call of the answering machine.
Newer
Older