Discover Key Elements of Japanese Culture and Fashion from the '80s

Posted atMay 20, 2021Posted by:RD80s StaffLabels#1980s, #80s, #fashion, #Japan, #Pop Culture Post a Comment
Share
Japan restlessly holds the title of one of the most unique countries in terms of culture and fashion. It was no different in the '80s. "The Land of the Rising Sun" was the land of the rising fashion trends and evolving culture even several decades back.

The '80s was the time of western influence and youth's desire to express their standpoints through their apparel. The streets were flooded with iconic looks inspired by fashion magazines.

How culture dictated trends, and how trends shaped the culture back in the '80s? Keep reading to find out key points about Japanese culture and fashion during those times. 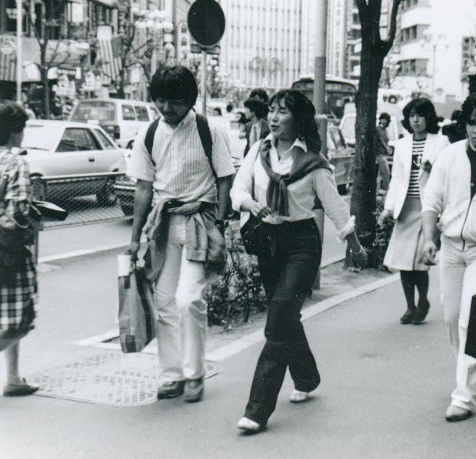 The shift from the '70s to the '80s was marked by the adoption of preppy styles. The youth admired the polished-up look, inspired by elite school uniform style. Blazers, midi skirts, button-down shirts, cardigans, and loafers could be seen all around.
The preppy style was characterized by nyutora (new traditional) and hamatora (Yokohama traditional) fashion trends. The term joshi daisei (college girl) also appeared, denoting college-type of fashion.

The Rise in Popularity of Fashion Magazines

Fashion and lifestyle magazines JJ and Popeye were established in the late '70s. In the early '80s, they were the leading fashion and cultural influence on the youth.

JJ was the first women’s magazine that targeted readers between the ages of 17 and 26. The magazine opened the portal to fashion styles of American university students, who were also models for the magazine. Therefore, the preppy style was asserted as the top fashion trend.

On the other hand, Popeye was a men's fashion magazine. With its "Magazine for City Boys" tagline, it had the same influence on young men as JJ had on young women. Popeye magazine is still up and running. So, with the help of translation service companies, you can access their content. 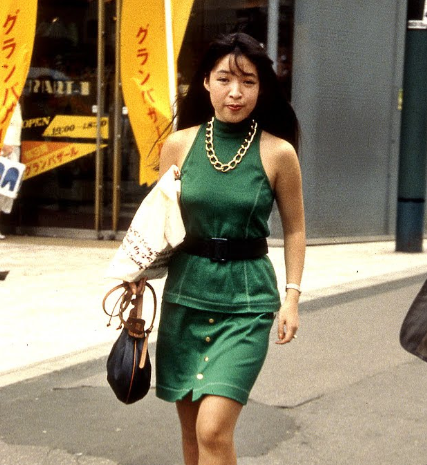 The Emergence of New Cultural Influences in the Late '80s

The second half of the '80s brought new styles on the scene. The fashion stage became more versatile. It absorbed the music's influence on fashion, as well as cultural influences like the Italian and Parisian styles.
The predominant styles were:

One of the very first fashion trends with Japanese origins was the DC boom ("designer and character"). The DC boom was all about individuality and expression.

The shinjinrui (new breed) generation, which was the dominant youth generation at the time, wanted to separate their style from the fashion influence of western culture. They managed to achieve that through the limitless expression of their individuality. 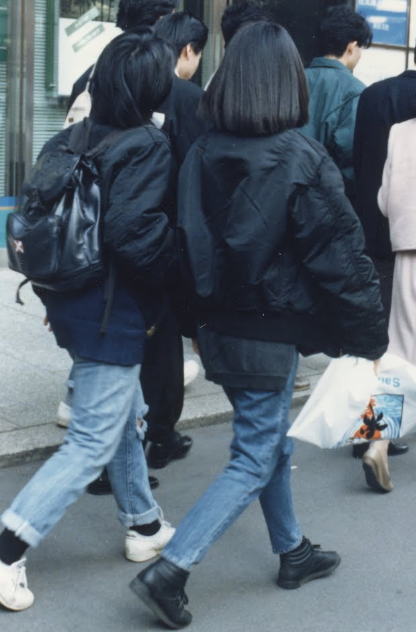 The Parisian street style also made its way to Japan in the latter half of the '80s. The shinjinrui generation were no strangers to wearing black MA-1 jackets paired with classic jeans.
Interestingly, this fashion style can still be seen across the world. So, if you want to incorporate an '80s fashion style when traveling to Japan, throw on this combo, learn some Japanese, and you’ll blend right in.

Olive Magazine as a Fashion Bible

A magazine that must be mentioned when it comes to the culture and fashion of Japan in the '80s is Olive. This fashion and lifestyle magazine was the fashion bible among the teens and students. The previously-mentioned black and denim Parisian street style was admired in the magazine.

If you somehow get your hands on the Olive fashion magazine, hiring the best translation service to translate that masterpiece would be a fun adventure. Fashion-lovers would indulge in reading the inside scoop from the best '80s fashion magazine.

The '80s were the good days for Japanese fashion expressionists. Those were the times when youth was in the process of proving the unbreakable bond of fashion and culture. That bond is still present, as Japan assures us with each new trend that they are at the top of the list of fashion leaders.

Merissa Moore is a content writer and editor. She turned her biggest passion – writing – into a career thanks to her insightful research and impeccable writing skills. Her curiosity and diligent research have led her to writing jobs in various industries. Merissa is consistently working on improving her skills through various seminars and courses. In her free time, she likes to hike and read.
Images via Google Arts and Culture
Newer
Older