The Best (and Worst) American Football Movies from the 1980s

Posted atSeptember 23, 2021Posted by:RD80s StaffLabels#Against All Odds, #All the Right Moves, #Football, #Movies, #Wildcats Post a Comment
Share
The 1980s is seen by many as the beginning of the age of popular culture. It was a decade that saw the introduction of cassette tapes, meaning people of all ages could now listen to music on the go instead of being chained to their radio or record player. VCRs became must-have technology so movie goers could finally own or rent copies of their favorite films in case they missed them at the cinema or didn't want to wait around for them to appear on television.
Given this, it is no surprise to see the '80s as the decade which really saw big-budget Hollywood films come to the forefront. Yes, the 1970s had seen the introduction of the summer blockbuster with films like Jaws and Star Wars which certainly paved the way for what was to come. But it was the '80s where Hollywood studios really started to put big money into films, with many of them still being seen as classics nearly 40 years later.
The Star Wars saga continued with two sequels, the Empire Strikes Back and Return of the Jedi. We were introduced to Indiana Jones in Raiders of the Lost Ark, Back to the Future, Bladerunner and Top Gun, all of which were popular both at the time and remain today.
It wasn’t just blockbuster action movies that were popular in the '80s, but we were also treated to a number of great sports films. Rocky III and Rocky IV were both released in the early part of the decade, which saw Sly Stallone’s boxer take on some imperious foes such as Mr T’s James “Clubber Lang” and Dolph Lungren’s Ivan Drago. In the world of baseball, Kevin Costner starred in Field of Dreams, a film about a farmer who builds a baseball field in his cornfield that attracts the ghosts of former baseball legends. It sounds like a very dated idea, but it was positively revered at the time, being nominated for three Academy Awards.
The world of American football also got in on the action, with several films based on the sport coming out during the 80s. Some were good, and remain some of the top NFL picks for films that have depicted the sport. Whereas, some of them were not quite successful and while they remain memorable, it is largely for the wrong reasons. Let’s look at some of the best and worst American football films from the 1980s.

Films to be remembered 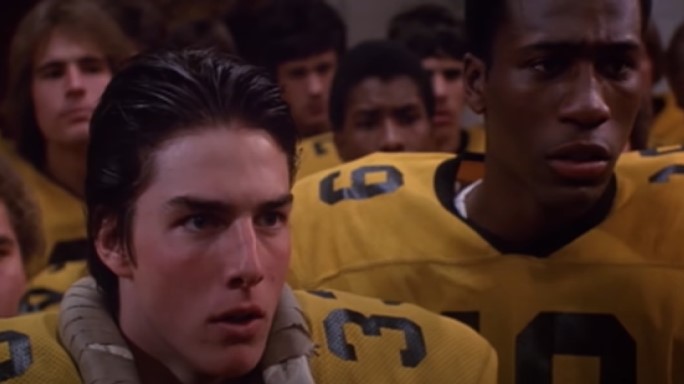 In the last 10-15 years, Tom Cruise has become well known for his action movies, such as the Mission Impossible series and the Jack Reacher films. However, earlier in his career he starred in slightly smaller scale films, often which depicted football. The most famous example would be Jerry Maguire, where he plays a sports agent for Cuba Gooding Jr. As that is a '90s film, it doesn’t count here, but All the Right Moves certainly does. Cruise plays Stefan Djordjevic, a high school defensive back who is trying to win a college football scholarship so he can escape his small Pennsylvania town. It also stars Craig T. Nelson and Lea Thompson in supporting roles. While it might not be Cruise’s best-known film, it certainly is an enjoyable watch if you have a free 90 minutes one evening.
Another big star who appeared in an '80s football film is Jeff Bridges. A future Oscar winner for his role in Crazy Heart, Bridges starred in Against All Odds, a 1984 film which was a remake of Out of the Past from 1947. Bridges played Terry Brogan, a pro football player who is released by his team as he is injured and getting old. James Woods also appears and the film was praised for its soundtrack, being nominated for both an Academy Award and a Golden Globe. It also made nearly double its budget back at the box office.

Films that are best forgotten 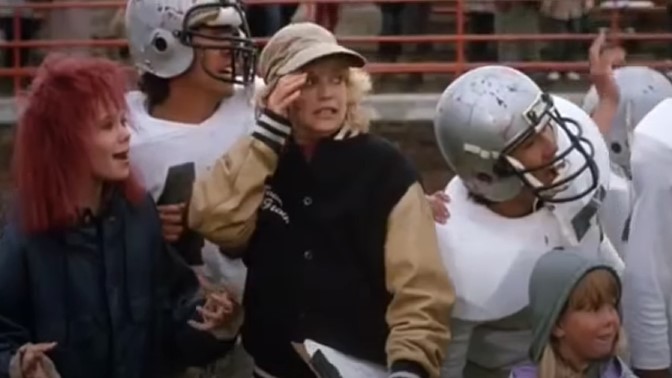 Certain films do not age very well, as attitudes which were more acceptable at the time of filming have moved on in the intervening years. One such example is Wildcats, starring Goldie Hawn, Wesley Snipes and Woody Harrelson. It has a lowly 26% on Rotten Tomatoes and is used as an example of white savior narratives in film.
Some films are forgetful just because they aren’t commercially successful. When they don’t receive a very big budget, certain cuts have to be made just for the film to be released. Sometimes film distributors decide that certain movies don’t even deserve to be released on the big screen, instead just being released as TV movies. A few examples of these are Coach of the Year, which starred Robert Conrad as a former Chicago Bears player and Grambling’s White Tiger which was about the true story of Jim Gregory, the first white quarterback at Grambling College. Both of these films have their bright moments, but due to budget restrictions, they aren’t considered classics in the sports genre.
Images via trailer screencaps on YouTube
Newer
Older