The Best Halloween Themed Games from the '80s 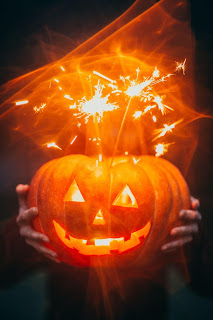 If the Fall is your go-to time of year and Halloween your favored festival, you’re likely to love the rustling leaves, carved pumpkins, scary house décor and Trick or Treating costumes to be found in a game everyone loves: Poki. Make a selection from the sub-plots Portrait of an Obsession, Grandma’s Delicious Cakes, Forgotten Hill: The Wardrobe, You Only Live Twice and even Zombie Plague. Whaaaaaaa, hahahahah! Advice to the gamers logging on is: “Try not to get too scared, and prepare for a night of dark fun!”
However, if you grew up in the 1980s, you may remember a range of real-life Halloween games that can be played to get a scream or two, but without the use of any scary movies. Just imagine that? Be sure to select a game that is most suitable for the most easily alarmed adults in attendance, as you won’t want to be the cause of any unnecessary nightmares.

Ghost in the graveyard 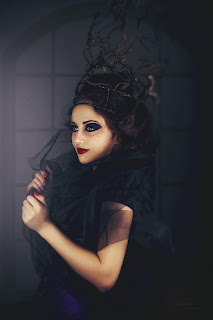 Start out by selecting the player who will be the ghost – he or she will then head off to hide. In the interim, the other players are to huddle together in their safespace (somewhere well-lit), where they’ll count down from one ’o’clock to midnight, at which point it’s time for everyone to go hunting for the hidden ghost.
Now we all know some folks are better at hiding than others, especially when in Halloween costume, so once a glimpse is caught of the ghost, other players will yell “Ghost in the graveyard!” and make a dash back to the safespace – whereupon the ghost will emit an alarming scream and try to tag as many of the other players as possible before they get back into the light.

The first tagged player is usually the next ghost, if brave enough to go and hide in the dark alone. He he he he he. Play at your peril!

For the candy lovers: Halloween Cakewalk 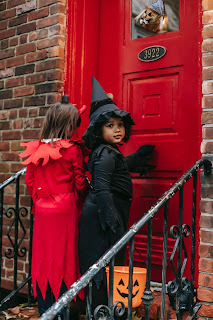 A cute one for those with a love of anything sweet, is a simple and fun game in which everyone jumps from number to number – perhaps drawn in chalk on the kitchen floor. A good song to play is “Five Little Pumpkins”, which you’ll find on YouTube.
The idea of this game is to see who is standing on a specific number – how about the dreaded old “13” – when the music stops. That person wins a bucket of candy. Or extend the play a bit by handing out individually wrapped sweets to several, if not all of, the candy lovers in attendance.

For a boisterous crowd: Pass the Apple & Bobbing for Apples

Before we go into how to play these two Halloween greats, you may like to know why the apple is a Halloween symbol after all? Well, the Celtic tradition of putting out fruit and nuts for the gods at the change of season of end October (today’s period for Halloween festivities) was supposed to temporarily open the barrier between the living and the dead. Also, when it came to dating in the middle ages, the superstition said that putting apple peels, pips or a whole apple (sore neck, ouch!) under your pillow could help you reveal your romantic future in a dream. From folklore, we know that young women – eager to know the identity of their future husbands – would carve their initials into an apple before dropping it into the apple-bobbing bucket, after which they would wait to see who among their party would choose to bite into it.

Looking to play a few apple-type games at your next Halloween parade? “Pass the Apple” involves creating two equal-length lines of folks of disparate heights and having them pass an apple (or any other not-too-squishy fruit) from one to the other using only their chins – no hands. If the apple drops, the impetus is on that team to begin again. See which line completes the task – and wins the prize/loot/candy/booze.

“Bobbing for Apples”, on the other hand, sees the game’s organizer floating a selection of apples (one per person taking part) in a large basin filled with water (or punch!) Here, you must remove an apple from the water using only your mouth, lips and teeth – tie up the hands of the naughty folk who cheat! Some towels and changes of clothing are usually in order.

Got a few vintage games hidden in the back of your entertainment cupboard? According to the experts at Cult of Weird, after a dash of trick or treating it may be fun to tackle a few “eerie boxes and creepy themes” as the evening progresses. Think Mystery Mansion from 1984, even Ghost Castle, Voice of the Mummy and Escape from Frankenstein from the '70s. Just be sure the easily freaked out peeps are not in attendance before you begin. Creeeeeeeeek. What was that?! In Mystic Skull: The Game of Voodoo from the '60s, for example, each player takes the role of a witch doctor with a voodoo doll. Stir the cauldron in the middle of the board, and the spinning of the Mystic Skull will reveal where you’ll next place the pin in your opponent’s dolly. Warning: do not open the box when home alone!
A bit like Monopoly for the non-faint-of heart, is the board game Séance. A dear departed uncle – Everett – was of the opinion that he could return from the dead to guide how his wealth was distributed among his ancestors (i.e you guys, the players). Play on and you’ll experience Uncle Everett’s actual voice emanating from the Séance table, a bidding session of all his possessions (to avoid them getting left to his beloved parrot) and a warning: “When the game is over, the room will be plunged into darkness”. Anything could happen, so be on your guard...

For the future-focused: Tarot card readings 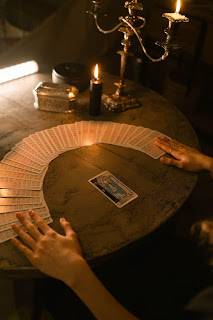 If you have a person among your nearest and dearest who is particularly good at these readings, go forth and conquer. Otherwise, you may need to go knocking on the door of that little old lady who lives in a caravan under that overhung willow tree near the shadiest part of the river. However you proceed, make this party game festive with candle light, a selection of different tarot card packs and a room full of guests who all want a question answered about their love life or career trajectory.

Search more games of an eerie nature at Parade.com. Just remember to have fun, not to take it all too seriously, and rather to stay up and party than to go to bed alone.
Newer
Older