Posted atOctober 08, 2021Posted by:RD80s StaffLabels#Donkey Kong, #Donkey Kong Jr., #Frogger, #Gradius, #Mario Bros., #Pac-man, #Q*bert, #Rampage, #Tetris, #video games Post a Comment
Share
Today, games are available on numerous gadgets and platforms, regardless of whether you have a smartphone, a PC, or a gaming console. People today are also likely to use custom controllers, fight sticks or even modified gaming PCs. Thanks to the internet and technology, you can even interact and team up with your friends while you play the game. However, that wasn't the case in the '80s. Back then, you had to purchase a gaming console or go to an arcade to find a popular game to play like Super Mario or Pac-Man. Many of those classic old-school games live on in our memories of days well spent playing video games. 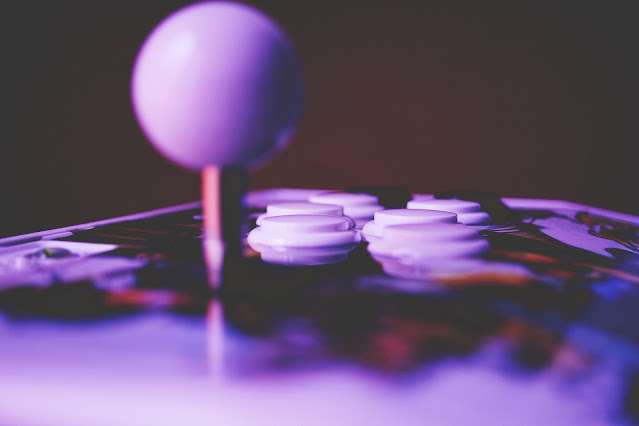 We created this top 10 list of video games from the '80s that set the bar and are still around today for you to enjoy. The vast majority of them exist today as they were back then (plus some minor upgrades) while others have been redesigned. What matters is that you can now play most of these beloved games on your mobile phone for convenience. Take a look!

While this series has morphed into popular console games, the original Mario Bros was designed and built for arcades. Developed by Nintendo in 1983, the game stars the classic Mario and Luigi duo. The arcade version saw the duo fighting and exterminating various sewer creatures. Players would need to kick the creatures and flip them on their backs to exterminate them.

This arcade game was favored among critics and arcade enthusiasts alike which has led to multiple sequels like the Super Mario Brothers series on Nintendo home console and even to mobile phone today like Super Mario Run.

Famously created by Toru Iwatani as a cure to the prevalent shooters of the time, Pac-Man supplanted spaceships and aliens with an adorable sentient mouth and four adorable ghosts. Everything about the game is notable, from its pill-littered maze to its "waka" audio effects, to its splendid kawaii character design. It was an arcade genius that generated a merchandising gold rush, a considerable number of spin-offs, and the idea of endurance. However you choose to look at it, Pac-Man, similar to Space Invaders, will forever be a universal symbol of video games and the joy they bring.

How did a simple puzzle game modified on an old Electronika 60 PC at Moscow's Dorodnitsyn computing centre proceed to entice the whole world? How did seven variously designed tetrominoes dropping into a small space make addicts of roughly one billion players?
The rise of Tetris is the most exciting story the games industry possesses, and at its focal point is coder Alexey Pajitnov, whose love of shape puzzles as a child fashioned an extraordinary app that made the Game Boy and also brought its object-sorting sorcery to all platforms since. This is certainly not a game about heroes; it's about human endeavors, cleaning up and discovering a spot for things. Maybe that is the reason we love it so much.

Namco distributed this Japanese arcade game in 1981. Galaga was the sequel of the 1979 game Galaxia. Galaga's gameplay aims to score the most points while you're in control of a spacecraft on the lower part of the screen. Essentially, all you need to do is ward off enemy aliens that come in group formations. This fun video game is perhaps among the most commercially successful games from the '80s and has had many sequels. Today, you can download an app of this game named Galaga 30th Collection on your iOS device.

Q*Bert was distributed and made by Gottlieb, an American arcade game partnership, in 1982. This game aims to hop from one cube then onto the next and change the color of each pyramid without tumbling off or letting the bad guys catch up to you. One of its well-known shenanigans was when the enemy captured Q*Bert. A communication bubble appears with "@!?%@!" that is supposed to be swearing.
This game was one of Gottlieb's most successful games. That is why it has gone on to have many spin-offs and various merchandise, for example, toys, lunch box appearances, and surprisingly, an animated TV show. This game was even included in a Disney film Wreck-it Ralph in 2012.

This 1981 game follows the adventures of a chimplike lead called Donkey Kong. It has two unique categories and also spin-off titles. Donkey Kong was first viewed as an antagonist; however, later on, he was transformed into a hero on the Donkey Kong Jr. This game has a sum of 30 sequels until 2015. The characters in Donkey Kong can also be seen in Super Smash Bros and the Mario Kart series.

The scrolling space shooter was the legend of the mid '80s arcade. Its agenda-setting power-up framework allows players to modify their Vic Viper starcraft with a scope of weapons and defensive frameworks. The added appeal of incredible fresh visuals and epic boss fights makes it still as enticing and challenging today.

The popular Frogger game was designed by Konami and published by Sega in 1981. The objective of the game was to direct frogs to their homes across busy streets and rivers. Both of these were full of hazards and players had to have quick reaction times to level up.

Since the original, Frogger has been made into many more sequels and games.

This 1986 game requires the players to take control of giant beasts sought after by the military, all while they climb and obliterate the buildings and eat people, cabs, boats, and police cars. This game is set up so that three people can play simultaneously.

This game was one of the numerous sequels of the Donkey Kong series first launched in 1982. In this game, you have to control Donkey Kong Junior, with the goal being to save his father from Mario, who is protecting Donkey Kong's cage.
Newer
Older