The Oregon Trail: Facts About the Classic Video Game

Posted atJanuary 04, 2022Posted by:RD80s StaffLabels#The Oregon Trail, #video games Post a Comment
Share
Some video games bring enjoyment over, while others just don't hold up. Once in a while, a unique game comes along that convincingly transports players into another world altogether.

The Oregon Trail is one of those games. 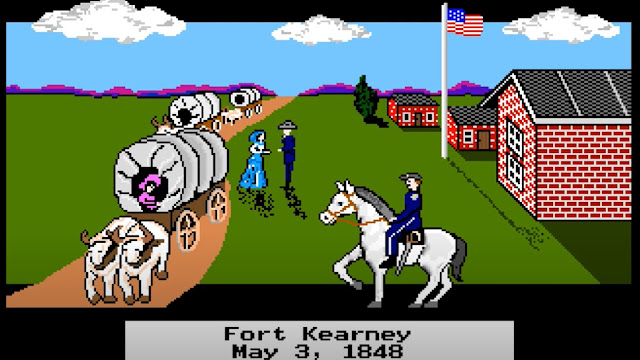 Science proves that playing retro games makes you feel connected to your past and brings you closer to friends and family. In this post, we will look at how this influential game was created, understand its plot, and answer some frequently asked questions.

How The Oregon Trail Was Created

The game was initially developed as a dice-and-card game by Don Rawitsch. He was a student-teacher at Jordan at the time and had to teach eighth-graders about the westward expansion.

To make the lesson more interactive, he made the game on a butcher paper map. Later on, Bill Heinemann, Don’s roommate, saw what he had come up with and envisioned a completely different approach.

Like Don, Bill was months away from graduating from Carleton College. However, Bill had taken a few programming classes and enjoyed playing simulation games.

Bill suggested that Oregon Trail would work better if it were a computer game. The two showed the map Don built to Paul Dillenberger, who liked the idea and became the game’s debugger.

Since Don had to teach the class soon, the group built the game in ten days. First, a basic narrative was designed, where the players were tasked with loading supplies on a wagon and moving westward.

The group also dreamt up obstacles such as bandits and bad weather and period-accurate calamities such as dysentery and drowning.

They wanted to make the game fun enough for players to enjoy it repeatedly. For this reason, the group built random hurdles such as snake bites, fog, and broken wagon wheels into the game.

Not long after Don first showed students the game, he started getting requests from students to play it before or after class. Word of the game spread, and it became a big hit among students.

Three years later, Don got hired at the Minnesota Educational Computing Consortium. The founders of the not-for-profit envisioned making a free-to-access library of instructional software for students. The Oregon Trail game fits right in, and the rest is history.

Over 65 million copies of the game have been sold to date, and it’s regarded as one of the most influential educational games ever built.

The Plot and How to Play

The game is set in the 19th century, and the player is tasked with leading a group of settlers to the west. At the beginning of the game, you must choose a settler profile and name the members of the party.

The game is enticing for many reasons, but the simulation elements incorporated into the game are what make it so engaging.

Right from the start, you must make critical decisions: what to buy, when to rest, where to stop, and what to do. 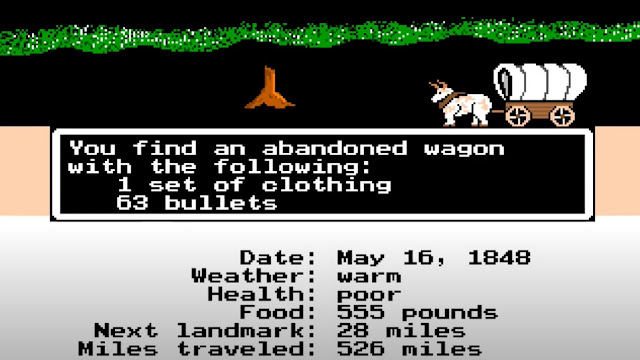 Players must anticipate and cope with the many calamities they come up against. This is one of the many reasons why there’s a sense of adventure to the game.

Members in the party can meet unique fates. They can get shot, drown, or succumb to illness. Making the right decisions is critical to survival, and the game only gets tougher as you progress.

The game can end in one of two ways. Either the player’s party is eliminated, or they reach Oregon. 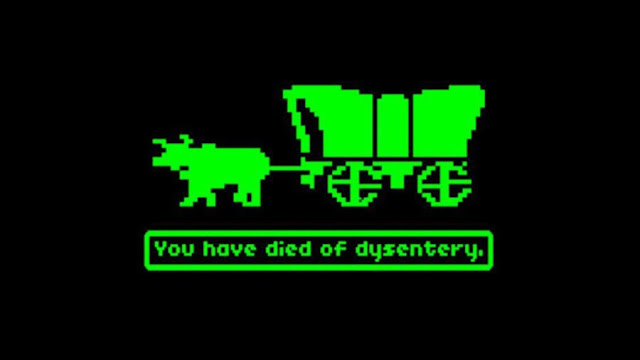 At the end of the game, the score is calculated in two stages. First, the game counts the number of party members alive and the cash and items available on hand.

A raw score is calculated from those values. Then, the score is multiplied according to the resources that the player had at the beginning of the game.

When the journey comes to an end, the score is calculated in two stages. First, the game awards a score according to the number of remaining party members, cash, and items on hand.

In modern Oregon Trail game apps, you can compete with other players for a high score.

Can you still play Oregon Trail?

You can also visit the Target website and order yourself the official Oregon Trail card game to play with family and friends.

Is there a modern Oregon Trail game?

With up-to-date graphics and an improved narrative, it's the best treatment the game has received to date and certainly worth trying out, even if you've never played the game before.
Newer
Older