The History of eSports: From Tennis To VR & Everything In Between

Posted atDecember 30, 2021Posted by:RD80s StaffLabels#esports, #video games Post a Comment
Share
The history of eSports is longer than most may think. Countless players worldwide consider this activity a relatively new phenomenon, but this belief is incorrect. Social media platforms such as YouTube, Mixer, or Twitch are helping many people to learn more about this globally famous entertainment industry. This business isn't new because eSports dates back to the 1950s. This period was when video games first premiered, and there were many gaming competitions. 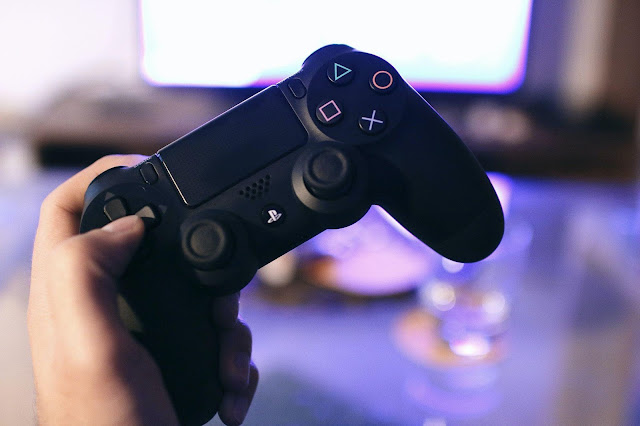 Video gaming became more accessible to the general public thanks to technological advances in the 1990s. eSports have become a prominent activity due to the rapid development of hardware, graphics, and the internet's global expansion. For more information on the latest news, updates, and eSports rumors, visit esportsbff.com.

The History of eSports & The Age of Computers

Computer games have been competitive since 1952. At the time, Alexander Shafto Douglas, a computer scientist, was completing his Ph.D. in Cambridge on the interaction of people and computers. Douglas is the one who invented "XOX," also known as "Three Wins" of "Tic-Tac-Toe," a computer game that became a hit. It is evident that humans played against computers, and who started it all remains unknown.

In 1958, "Tennis for Two," a multiplayer game that allowed two people to play against one another, premiered. The game relied on using an early version of the joystick, which allowed players to adjust the ball's trajectory and hit the net. This is the title that most of the community agrees began the trend of eSports.

In the 1990s, computers and networks were the foundation of competitive gaming. The equipment became cheaper and more sophisticated, making it more attractive for families and gaming. During this period, the first LAN parties took place, where gamers could compete against one another.

When looking into the history of eSports, playing over the internet was a great way to expand one's gaming experience. As more gamers joined small networks to bet on their favorite games, many players learned to place wagers on eSports games. This aspect made the tournaments more enjoyable and exciting for participants and spectators. It wasn't just happening in the US; it was also present in the Soviet Union, particularly in large Russian cities and territories.

The first eSports competition took place in the 1960s. 1962 saw the birth of the "Spacewar!" Computer scientist Steve Russel, along with Wayne Wiitanen (Tech Model Railroad Club) and Martin Graetz (MIT), created this game. The title involved a group of people playing against each other with spaceships. The spaceships could not supply fuel and had no weapons, so they had to fight the planets' gravitational fields.

As far as the history of eSports goes, this game is the first-ever to be made digitally and was named by the New York Times as one of the top ten computer games. Stanford University Laboratory for Artificial Intelligence organized the Intergalactic Spacewar Olympics, the first-ever eSports event. Twenty-four players registered for the "Spacewar" tournament that day. The winner received an annual Rolling Stones Magazine subscription. However, most games were restricted to universities or other institutions that met the technical requirements.

Successes of Arcades & Home Consoles in the 1970s

In 1972, the first console that could connect to a TV saw the light of day: the "Magnavox Odyssey." Although it was inconvenient, the use was still possible. It was necessary to attach the playing field to a TV screen, but digital gaming became possible later through this console.

An arcade was built at that time, making it possible for everyone to play games like Pong. However, competitions became possible with the introduction of permanent high score records. The machine offered one option: the "Sea Wolf" game.

The history of eSports also records Starfire and Asteroids appearing in 1970. These machines allowed gamers to immortalize their achievements in a high-score list with an individual name abbreviation. These rundowns became the measure of one's playing ability, as only a few machines offered the possibility of playing against each other. Space Invaders was the first significant eSports competition in the world.

Atari founded this contest in 1978. In 1980, more than 10,000 gamers participated in the Space Invaders Championships. They competed against each other to win an "Asteroids" form. On the 10th October 1980, William Salvador Heineman became champion of the Challenge. He was the first-ever winner of a national tournament for video games.

The USA was also responsible for subsequent actions in support of eSports. Walter Day, an amusement arcade operator in Ottumwa, Iowa, established the Twin Galaxies National Scoreboard, the primary arbitrator administration for computer gaming. A 1982 Time magazine article wrote about Steve Juraszek (15 years old), who set a record at Defender. However, Walter Day knew a young arcade gamer who exceeded this record.

The history of eSports also records that, after consulting with Williams, the game designer Namco and the machine manufacturer, they discovered that there wasn't a national best player's list for Defender. This information was the main reason for Day setting up his service. Named after his arcade, Twin Galaxies was born.

In addition to keeping a public record, the "Twin Galaxies Official Video Game" and Pinball Book of World Records quickly made a widely-applicable body of rules that aimed to stop any cheating or other similar activities.

In 1983, Day established the U.S. National Video Team, the first expert gaming group in the world. He also held the "North American Video Game Challenge," the first competition for computer game experts in the USA. His extensive efforts on "video gaming" have earned him the title of one of the eSports' most essential pioneers.

Armin Sturmer, a German computer scientist, founded the "Atari VCS Bundesliga" in Germany in 1982. This community venture quickly sparked interest in Atari Germany due to the rapidly growing number of participants, and different clubs faced off in four rounds, with different games. The cutoff time for players was 15 minutes. The "German Champion" had been determined by the end of the year. However, Atari was an official partner for only three years.

Netrek, the first multiplayer PC game, was launched in 1988, according to records of the history of eSports. It could host up to 16 players competing over the Internet. It was a strategy game that took place in the Star Trek universe. You take control of the Federation, Romulans, Klingons, and Orion, and you must conquer 40 planets. Everyone around the globe enjoyed Netrek, but it was primarily researchers and computer scientists who fought for the right to control the universe.

eSports Are Now Accessible to the Public Thanks to Modern Technology

In 1990, Nintendo organized the "Nintendo World Championships," held in the USA. The tournament had no age restrictions, and the winners received golden Nintendo gaming modules. The marathon consisted of Super Mario Bros and Tetris.

Blockbuster Video, a video store chain in America, also organized a major international championship for video gamers with American GamePro magazine in 1994. The competition took place on the Sega Mega Drive, the Super Nintendo, and Virtual Racing, further contributing to the illustrious history of eSports that made the sector what it is today.
Newer
Older