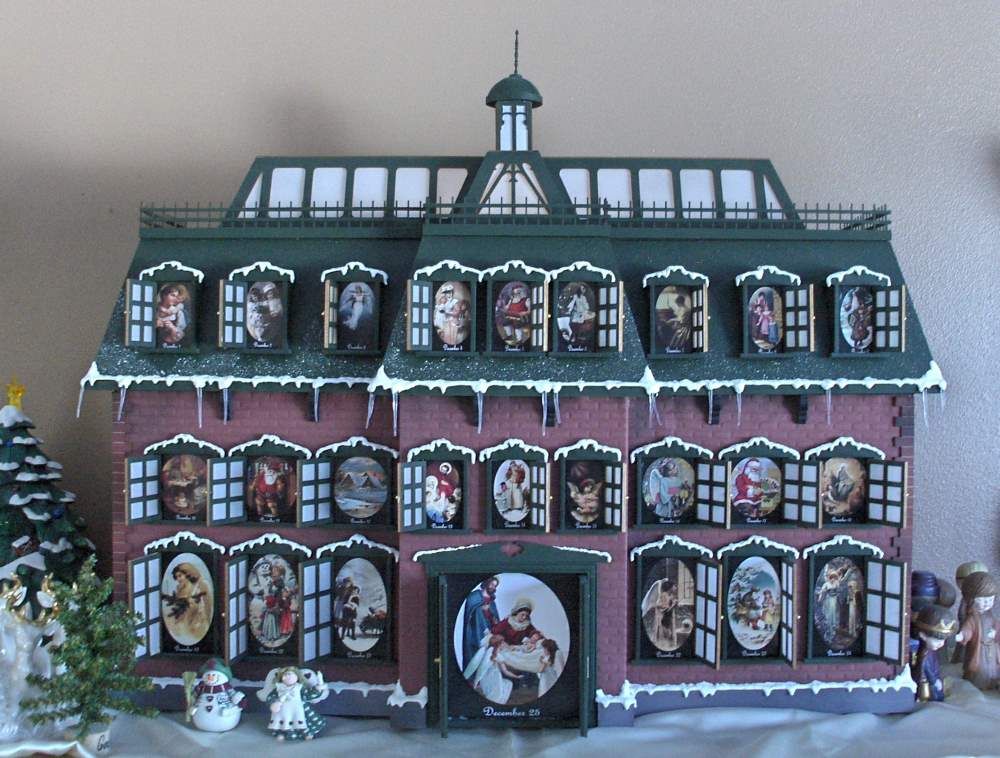 Here is a special gift from me to my '80s friends and followers this holiday season. I've wrapped up an advent playlist of 25 Christmas tunes that you are free to open before Christmas! That's one song to listen to per day all the way up to Christmas day! I've included many different tracks from traditional songs to original pop favorites, from obscure to well-known, from humorous parodies to covers of Christmas classics. Click the song title to watch/listen on Youtube.

Hope you enjoy the advent playlist and have a happy holiday season!!
Click below to listen to the playlist on YouTube...

Bob & Doug MacKenzie "Twelve Days Of Christmas" (1981)
What's a better way to celebrate Christmas than with beer...umm, in a tree.

The Waitresses "Christmas Wrapping" (1981)
This is one of those holidays songs that I've found you either love or hate....either way, it's an '80s Christmas classic.

Billy Squier "Christmas Is a Time To Say I Love You" (1981)
A great live version recorded at the MTV studios is included in the video below. You can see all the original MTV veejays singing along in the background. A true blast from the past!

George Thorogood & the Destroyers "Rock and Roll Christmas" (1981)
Here's another song I found that had a performance at the MTV studios with veejays and crew. Another classic MTV moment!

Alabama "Christmas in Dixie" (1982)
Living in the southern part of the US for the past 15+ years has made this one of my Christmas faves. It was also included on their 1985 album Alabama Christmas, which was the best selling Christmas album of that year.

Hall & Oates "Jingle Bell Rock" (1983)
One of the most popular covers of Bobby Helms' Christmas classic. The video could be the cheesiest of all time....how many people want to see guitarist G. E. Smith dressed in Grandma drag? (Raises hand.)

The Pretenders "2000 Miles" (1983)
A great original song that has been covered in recent years by The Mighty Mighty Bosstones and Coldplay.

Prince "Another Lonely Christmas" (1984)
The B Side of the "I Would Die For U" record, this ballad is about mourning the death of a lover on Christmas day.

Wham "Last Christmas" (1984)
An out of court settlement was made with Barry Manilow over the similarity with his song "Can't Smile Without You." According to Wikipedia, over 90 artists have covered the song since it's release.

Mannheim Steamroller "Deck The Halls" (1984)
These holiday music giants have sold more than 28 million Christmas themed albums in just the US, which is the most by any recording artist. This synthesized version of the classic carol is probably their most recognizable hit.

Queen "Thank God It's Christmas" (1984)
No music video was ever made for this song and it also was not included on any Queen album until 1999's Greatest Hits III, making it one of the more obscure holiday tunes.

Bruce Springsteen "Santa Claus Is Coming To Town" (1985)
With over 120 covers of this song, Sprinsteen's rendition which includes the help of Clarence Clemmon's saxophone is one of the most unique versions.

The next 6 songs on this playlist are from the album A Very Special Christmas, the best selling Christmas compilation album in the '80s and ranked 3rd overall to Mainheim Steamroller's two albums released in the '80s.

Run DMC "Christmas in Hollis" (1987)
The best rap/hip hop Christmas song of all time....and one of the few I remember being released. (Don't forget Kurtis Blow's "Christmas Rappin'.")

Bob Seiger & The Silver Bullet Band "Little Drummer Boy" (1987)
My second favorite version of this song, only behind Jars Of Clay. Seiger's rendition was modeled after a version by the Temptations released in the 1960s.

Eurthymics "Winter Wonderland" (1987)
Another Christmas favorite with 100+ versions recorded, ASCAP has cited that the Eurythmics version is the one most commonly played.

Whitney Houston "Do You Hear What I Hear" (1987)
A great song for expressing Houston's vocal talent. Made popular by Bing Crosby in 1963, the song was written a year earlier during the Cuban Missile crisis as an appeal for peace.

U2 "Christmas (Baby Please Come Home)" (1987)
Darlene Love, who originally released this song in 1963, sang backing vocals for U2's version. It was recorded in Scotland while they were on the Joshua Tree tour.

Annie Lennox & Al Green "Put a Little Love In Your Heart" (1988)
Lennox makes her second appearance in our playlist singing this great duet from the Scrooged soundtrack.

Bob Rivers "Twelve Pains of Christmas" (1988)
One of my favorite Christmas parodies. I always feel bad for the poor gentleman in the song that can never get any help putting up the lights. "Now why the hell are they blinking??!!"

Mannheim Steamroller "Carol of the Bells" (1988)
Another traditional classic that helped Manheim Steamroller rocket to the top of the Christmas charts. This song always reminds me of the 1990 film Home Alone.