The Best Super Bowl Commercials of the '80s 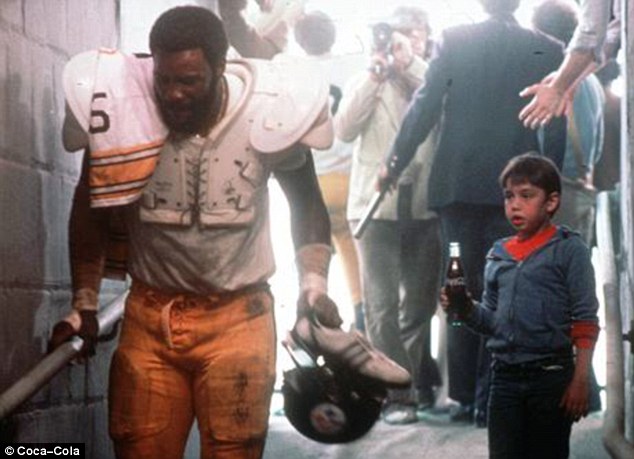 The Best Super Bowl Commercials of the '80s

The Super Bowl has always been known for having some of the best and craziest commercials. Blue chip companies across the globe spend millions for a 30 second ad during the most widely watched sporting event. You are sure to always get a laugh or a "what in the world?" moment with these ads that try to create something you won't soon forget. I've been known to take my bathroom breaks during the actual football game, just so I won't miss any of the outrageous commercials! The '80s brought us both good and bad Superbowl ads. First, let's rediscover some of the best ads and the stories behind them.

In 1979, Coca-Cola filmed this ad as a part of their "Have a Coke and a Smile" ad campaign. It was actually released in Oct 1979, but became widely popular during the 1980 Superbowl. "Mean" Joe Greene of the Pittsburgh Steelers changes from a hard-nosed football player to a smiling teddy bear, thanks to a young fan and his bottle of Coke. We've seen the iconic ad replicated many times since 1980, when it won the Clio award for best ad of the year. Former Pittsburgh Steelers Troy Polamalu and Jerome Bettis, and even House actor Hugh Laurie have all portrayed the "Mean" Joe Greene part in modern day remakes of the classic spot.

In 1984, the personal computer was on the verge of becoming a staple in US business and households in the US. Apple was eager to get in the game with its major competitor IBM, which held a firm grip on the market. In the ad, Apple portrays itself as a way to breakthrough the conformity of the technology industry. The Apple board of directors reportedly hated the ad when it was first shown to them, but Apple co-founders Steve Jobs and Steve Wozniak continued to support it. Of the 90 seconds booked for the 1984 Superbowl, Apple decided to resell 30 seconds to another advertiser and make the "1984" ad a 60 second spot. It won the Clio award in 1984 and was inducted into the Clio award Hall of Fame in 1995. The ad has not officially scheduled to air on network television since it was shown in Jan 1984. One other lesser know fact, movie director Ridley Scott was hired for $900,000 to direct the commercial.

During the 1985 Superbowl, the Canned Foods Information Council asked us the age old question of "What's for dinner?" in a whole new way. A sexy 3D robot was the centerpiece of the ad, with a female narrator explaining that canned food would still be used in the year 3000. The computer graphics used to create the robot were real breakthrough for a TV commercial. You can watch the behind the scenes documentary on Youtube about how Ketchum Advertising produced the commercial.

The "Cola Wars" were in full effect during the mid 80s. Both Pepsi and Coca-Cola hired famous actors and musicians to promote their products. Building from the success of its partnership with the film Back To The Future, Pepsi hired Michael J. Fox for a number of commercials in the mid 80s. During the 1987 Superbowl, Pepsi aired what would become a very popular ad featuring Fox and actress Gail OGrady. In the ad, Fox meets his new female neighbor who asks to borrow a Diet Pepsi. He scurries through his refrigerator to find he has none and decides to stealthily make a quick trip around the corner to obtain one.

Talk about a precursor for things to come! In late 1986, Pierce Brosnan was offered the role of James Bond by producer Albert "Cubby" Broccoli. The resurgence of Brosnan's current TV show Remington Steele, prevented NBC from releasing him from his contract. Shortly after the role of James Bond was given to Timothy Dalton, Brosnan was hired by Coke to do a Bond-inspired ad for Diet Coke during the 1987 Superbowl. In the ad, ninjas crash Brosnan's dinner with a beautiful companion. The following year Coca-Cola & Brosnan took their Bond fun a little further. The railroad and train from the film Octopussy were used as the setting for Brosnan's next confrontation with the ninjas, as he thwarted their efforts and managed to enjoy another Diet Coke with a lovely woman.

Also check out my worst Superbowl ads of the '80s. Trust me, you'll want to see these horribly bad commercials at least one more time. Leave a comment with some of your favorite '80s Superbowl ads!
Newer
Older
Powered by