It's no secret that I love artists who create their own originals using 80s pop culture. We've showcased some great ones on this site including last week's post of 80s Pixels Art and others like Christopher Tupa and Some One. Recently, through a tweet by Pepsi Throwback, I came across some original Garbage Pail Kids art. Most of you might remember the column I did called "The Rise and Fall of the Garbage Pail Kids" that was posted on this site and on UnderScoopFire.Com about the gross-out trading card franchise. GPK remains a big part of 80s pop culture and I thought it was a radical idea to mesh GPK art with 80s properties!

Luis Diaz
Thanks to a timely tweet by Pepsi Throwback (which I highly recommend you follow,) I came across these first GPK creations. A couple clicks later and I found Luis Diaz's Flickr page, which is full of great art. Here are a few examples:

You can find much more of Luis' art on his aforementioned Flickr page or at RabidArt.Com, where some of his prints are also available to purchase.

NineteenNeightyEight.Com
Nineteeneightyeight.com is an art gallery site for many different artists and is the self proclaimed "#1 destination for pop-culture art." Among the artists showcased on their site are a few that have done some high quality GPK originals, some including the die-cut sticker edging. 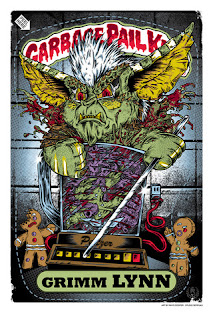 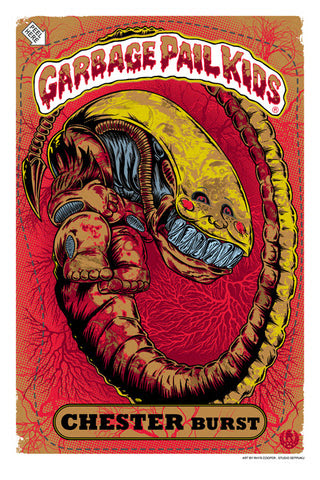 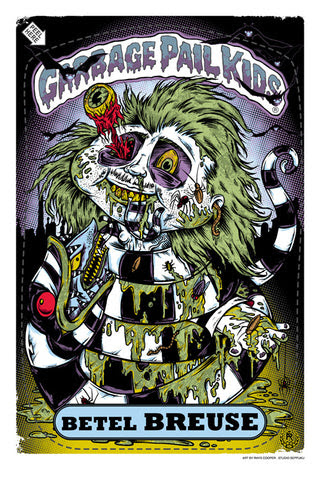 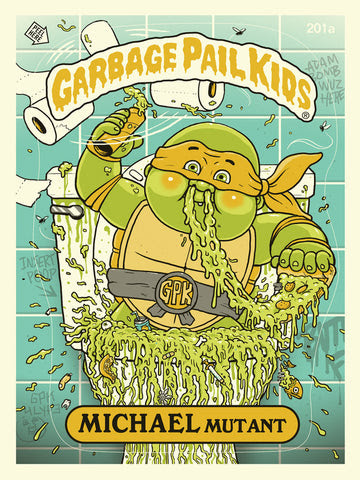 Click on the pics above to order prints from the Gallery 1988 shop. Also check out the other great galleries including a Pee Wee Herman Tribute Show, a Cult Movie Art gallery, and themed art based on video games, TV, and toys.

Layron DeJarnette
(From DeJarnetteDesigns.Com)
Layron DeJarnette is an Emmy nominated, award winning artist that provides illustration, animation, storyboards and conceptual art for several giants in the entertainment industry. He received training at Walt Disney Feature Animation in Orlando, FL and has illustrated and designed characters for Disney’s “The Proud Family” cartoon show and comic strip. He has illustrated trading cards for The Topps Company’s "Garbage Pail Kids" and "Hollywood Zombies" series and sketch cards for the "Terminator Salvation" series. Here are just a few from Layron's portfolio: 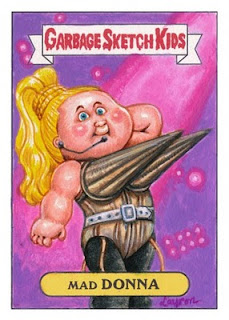 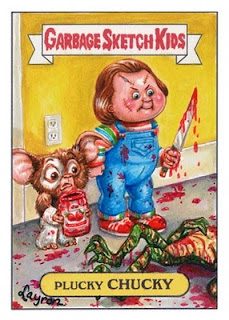 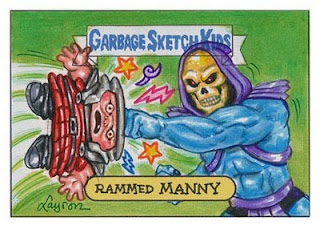 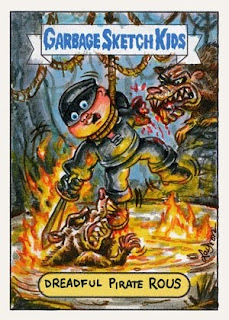 More GPK on RD80s:
The Rise and Fall of the Garbage Pail Kids
Newer
Older